Author:
Makarand Purohit
Post By: makarandpurohit
Posted Date: Thu, 2015-08-27 16:00
Groundwater in Talabeda village in Sambalpur, Odisha has high concentrations of iron but more urgently, its water supply system is dysfunctional for the last 2 weeks due to electricity issues.

The colour of the tiles around the public stand-post at Talabeda, Odisha have changed from white to red due to iron contamination.

It's been more than 15 days and the drinking water crisis in Talabeda village in Sambalpur, Odisha is yet to be addressed. The water supply system of the village collapsed due to a fault in the transformer located within the premises of the Talabeda pump house, and no one has the time to fix this and restart the water supply system. 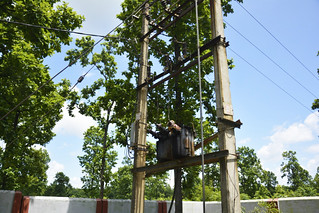 “Even after filing repeated complaints, the Electricity Board has not taken any cognizance of the problem. If the same happens in any urban area, would their attitude be the same?", asks Chandra Shekhar Rao, Sarpanch of Talabeda in an irritated tone. The negligent attitude of the government doesn't end here. “The water supplied to the village contains high levels of iron and the people of the village are now forced to drink water from the ponds”, says a resident Yogeshwar Patra.

In 2014, the Department of Basic Science and Humanities, KIST, Jatni, Odisha conducted a study on groundwater pollution due to the iron content in Bhubaneswar, and reported that people were suffering from various health disorders of the skin, digestive system, respiratory and nervous systems, kidneys, spinal cord and heart. Many also suffered mental imbalance while there were cases of miscarriage and cancer as well--all due to iron contamination. More than 9000 habitations in the state were affected by water contamination.

Where is this iron coming from?

Iron ore mines surround Talabeda. Within 10 km radius, there are seven iron and steel industries namely Bhushan Steel and Powers Thelkuli, Aditya Birla, Aryan Steel and Power, Vedanta, Biraj, Shyam DRA and SMC IRMA. The groundwater in the area has high levels of dissolved salts and iron that is hazardous to health and there is no water treatment facility."The government has provided clean drinking water for the industrial use but has done nothing to improve the water quality of Talabeda", says Bipin Budhiya, Talabeda pump house operator. 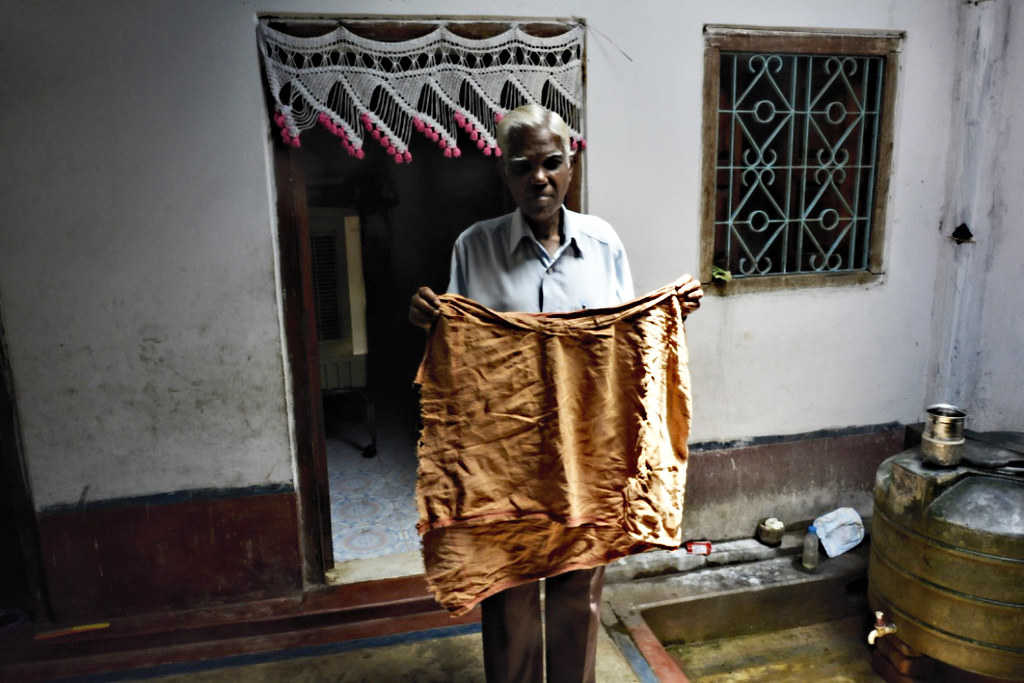 In 2008, the government of Odisha implemented rural water supply scheme at Talabeda.  Before the implementation of this scheme, the villagers brought water from a distant source. Since 2008, "The colour of most of the tiles around the public stand posts have changed to red. Villagers receive smelly, red water which we can't drink. The colour of the white cloth that we use to filter the water has become rusty red and our food doesn't cook properly. Government officers who visit our village say that the water supplied to us is safe in every respect. So why do they hesitate to drink it?”, asks another resident Sunanda Pradhan.

Most of the villagers are facing digestive disorders, skin diseases and dental problems after the implementation of rural water supply scheme project.  “More than 20 percent of school-going children complain of stomach disorders now”, says Sanjukta Bhoi, a school teacher from Talabeda.

Per World Health Organisation (WHO) guidelines, iron is an essential element in human nutrition. Estimates of the minimum daily requirement of iron depend on the person's age, sex, physiological status, and iron bioavailability. This ranges from about 10 to 50 mg/day but no health-based guideline value for iron is proposed.