Fluoride Knowledge and Action Network
15 Apr, 2018 . 5 mins read
Engaging with the fluorosis problem in Nalgonda gave the FKAN a chance to understand the problem and apply the solutions nationally.

Shifting to non-fluoride affected food and increased nutrients is necessary to deal with fluorosis (Image: Fluoride Knowledge and Action Network)

Fluorosis continues to be a regional issue in Telangana to this day, even decades after the first cases were discovered in Nalgonda in 1937. More than three lakh people in the district are affected with skeletal and dental fluorosis, a stigma that has stuck for generations. Excessive fluoride intake leads to fluorosis, a chronic condition marked by mottling of the teeth and, if severe, calcification of the ligaments.

As per the WHO norms, the permissible limit of fluoride in water is one mg/litre or one ppm (one part per million), whereas, in Nalgonda, 1108 habitations in 59 mandals are affected with high fluoride concentrations of over one ppm in groundwater. Also, 484 habitations in 17 mandals show fluoride levels greater than 2.5 ppm. The root cause of fluorosis is the extensive development of borewells. There are around 5.5 lakh deep borewells, which have penetrated the subsurface levels where there is a high fluoride content. This has accentuated the problem further. People in Nalgonda have been drinking this water for decades and it is common to see individuals with ruptured bone structures and crippled youngsters.

Setting up of a district-level monitoring centre 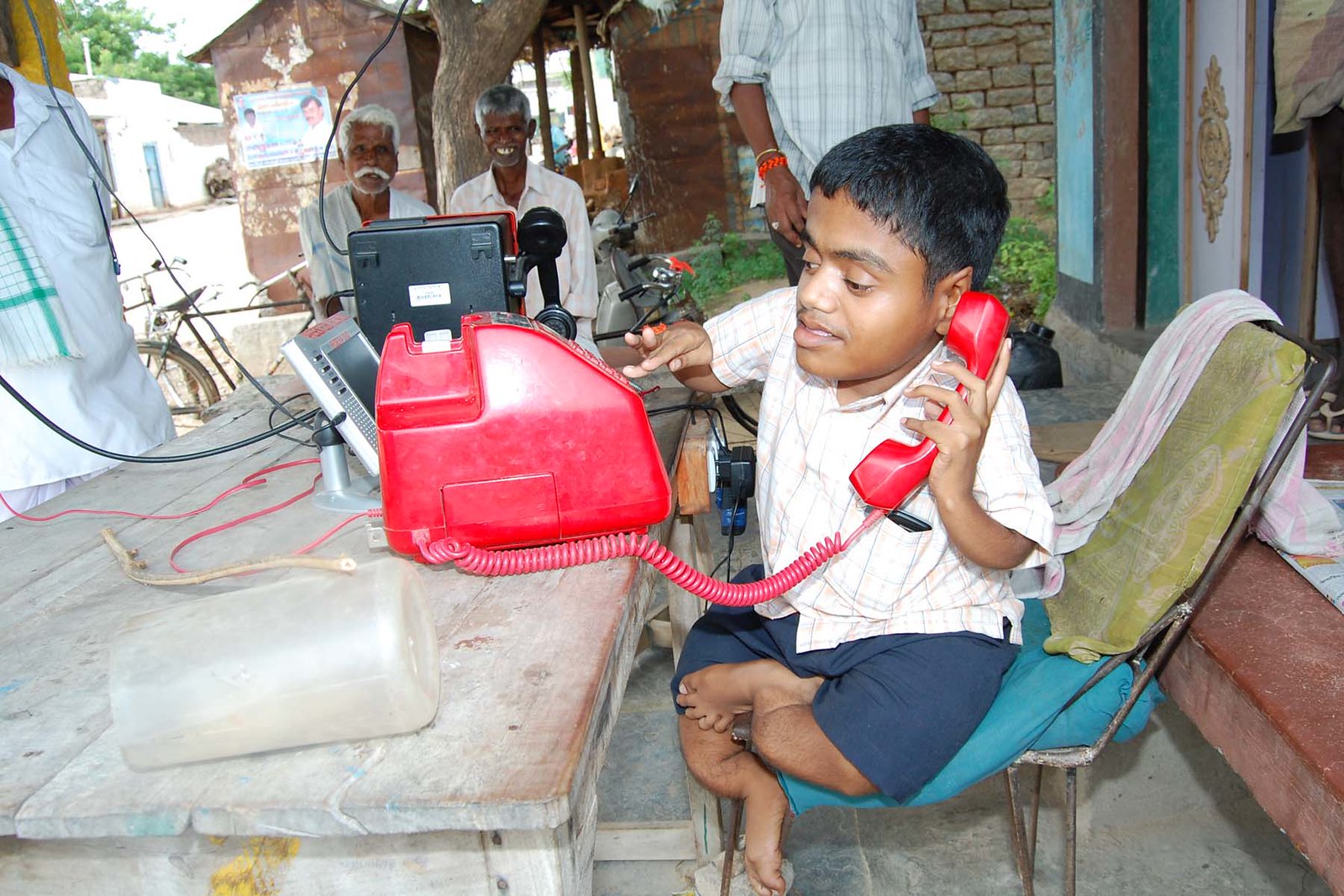 A people’s movement to demand safe fluoride-free water gathered momentum in the last few decades alongside political developments for a new Telangana state. All this culminated in two important developments. First, was the provision of surface water, mainly from Nagarjunasagar reservoir since 2005 to Nalgonda. The reservoir provides Krishna water, which has permissible limits of fluoride. This helped deal with the vital public health problem to a large extent. Second, a multi-department coordinated District Fluoride Monitoring Centre (DFMC) was set up in 2012. The UNICEF came forward to support this and formed a multi-partite partnership with the district administration, the National Institute of Nutrition (NIN) and the Fluoride Knowledge and Action Network (FKAN).

The DFMC had been assigned with the mammoth task of monitoring the work of 17 line departments on fluorosis mitigation. Given the magnitude of surface water supply to the entire district, and the enormity of the DFMC’s mandate, ranging from safe water supply, health detection, nutrition-based relief, rehabilitation, and other activities, help was sought from the FKAN in October 2013. This was to further strengthen the DFMC as an institution and to bring in innovation from other places for a long-term solution of the Nalgonda fluorosis problem.

The DFMC worked on understanding the status of efforts on fluoride mitigation in Nalgonda, filling gaps in knowledge, and then in developing future models of action in partnership with the institutions in the region. A study on reverse osmosis plants in Nalgonda helped look at the diverse models in action, access issues and water management practices followed. An all NGO network meeting was conducted along with the DFMC to synthesise all efforts in the district and to plan out further efforts. A specialised training on integrating fluoride issues within watershed programmes was conducted with the idea of upscaling it at the national watershed programme level.

A specific focus of the DFMC has been on the highly affected 46 villages of the Marriguda mandal where all departmental activities of 17 departments associated with the DFMC are being monitored. The mobile-based Caddisfly fluoride water testing was carried out in the entire Marriguda mandal in partnership with Engineers Without Borders (EWB). This helped develop a comprehensive fluoride map and supplement existing fluoride data from government sources.

The DFMC also helped develop people based reporting on water supply. The FKAN helped the DFMC to conduct review meetings with the district collector by following up and synthesising action taken reports from the concerned departments, preparing agenda and action plans for DFMC. It also conducted two workshops with the UNICEF, to bring together all stakeholders concerned with the fluorosis issue in Nalgonda and brought them towards a comprehensive approach at tackling the problem. 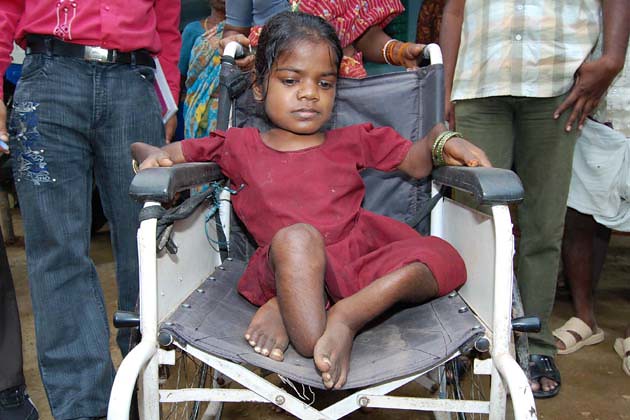 Engaging with Nalgonda fluorosis gave the FKAN useful information to tackle the problem nationally. The condition of surface water supply has improved significantly after safe water was provided on a massive scale to fluorosis affected people from Krishna and other surface water sources. Water supply gaps exist, both in terms of inaccessible areas, and non-regular supply due to infrastructure maintenance issues, but increasingly, these are being sorted out. People are going back to fluoride-affected water supply during the gaps in water supply but as many as a third of the rural population is using reverse osmosis treated drinking water. In the future, localised surface based water supply schemes need to be in place, based on local water security and watershed planning that ensures that there are no water supply gaps. This will help wean them off payment based reverse osmosis water.

As regards food and nutrition, though some provision of special ration cards is in place for people seriously affected by skeletal fluorosis, the focus is still on rice and cereals. Shifting to non-fluoride affected food and increased nutrients, especially calcium, is absent. Special programmes for women and children continue in highly affected mandals (17 out of 55), but this is not translating into an overall food intake change and nutritional improvement. Agriculture-based nutritional improvement programme is critical for Nalgonda as a combination of millets growth and consumption, local vegetable gardens, poultry, and others to tackle the food and nutrition crises on a large scale. Specific nutrient-rich food replete with calcium, vitamin C etc., which can detoxify fluoride from the body needs to be promoted and consumed.

As regards medical relief and rehabilitation, a referral system is needed with local resource centre along with key hospitals in Hyderabad to help people badly affected by fluorosis. Patients need critical health care, as a combination of safe painkillers, physiotherapy, nutritional supplementation, assistive devices, and in some cases, safe surgical procedures for corrective action. A referral medical system as a combination of both private and public healthcare needs to be in place for both immediate relief through health centre based in Nalgonda, and special care through centres at Hyderabad and other places. These systems need to be free or highly subsidised so that affected people can benefit.

This post is extracted from the attached policy brief. For more information on this issue, please visit the Fluoride Knowledge and Action Network's website. You can also write to Sunderrajan Krishnan and Vikas Ratanjee, and join FKAN on Facebook.