Makarand Purohit
05 Apr, 2014 . 4 mins read
JUSCO, India's largest water supply developer, has failed to provide water connections in many parts of India. Water must be treated as a non-commercial entity if there is to be equity in access.

Since water reforms were introduced in India in the 1990s, water privatisation has been propagated as a panacea to the sector's problems. Water privatisation is the process of transferring ownership of basic services or public property from the public sector, which is from the government, to the private sector, which is corporates. This Includes services such as operation and maintenance of water services, bill collection, metering, revenue collection, etc.

Many private companies are involved in water privatisation globally but none have produced substantial evidence to show that it has improved accountability in the water sector while also allowing government entities more administrative flexibility. According to the pros of privatisation, if anything goes wrong, the government can easily fire the contractor or adjust the contract. The public will still maintain control over the privatised asset or service and the government will retain the ultimate ability to make related public policy decisions, etc. but the reality is far from it.

Let's look at the example of JUSCO.

JUSCO’s involvement in the water sector in India

Jamshedpur Utilities and Services Company Ltd. (JUSCO), the flagship company of the Tata group, was formed in 2004. Prior to JUSCO, Tata Steel managed the water distribution network as well as the operation and maintenance work for Jamshedpur since 1941. In the last two decades, JUSCO has expanded its water operations to Mysore, Bhopal, Gwalior, Kolkota, Haladia, Muzzafurpur and Chennai and has become the largest water supply developer and operator in the country. In 2013, JUSCO was in the news for quite some time due to various problems and lapses in the implementation of its drinking water projects in many parts of India.

The Impact of JUSCO’s urban water supply on governance

In Jamshedpur, as per the agreement between the Tata group and the Government of Jharkhand, JUSCO is bound to provide drinking water to the entire town. Political activist Sarayu Rai says, “JUSCO disconnected thousands of people from their basic right to water. Several disconnections have been reported in Chayanagar and Nirmal Basti in Sonari. There are many areas in Jamshedpur like Balram Basti, Kadma, Shyam Nagar, Ram Nagar, etc. where people still don’t have a water connection. The government doesn't have much stake in decision making and there is no government control on the operations of JUSCO”. JUSCO officials refused to respond when asked about this. "The major reason for these disconnections is that most of the residents of these areas are poor and are not able to pay for water", says Chhu Bhumij a resident of Nirmal basti in Jamshedpur. 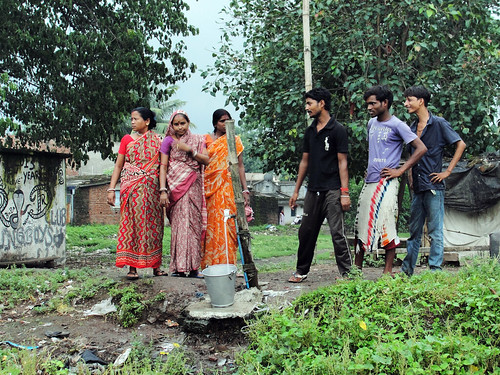 In Jamshedpur the government is not directly involved in monitoring JUSCO's work and no democratic processes have been established so far to ensure basic rights of the citizens.

After  all these years, although the city has the status of Notified Area Committee (NAC) , which is a unit of municipal administration in urban areas in Jharkhand, it has no control of JUSCO's water supply operations because the President and the Vice President of NAC are pricately employed by either Tata Company or TISCO.

Mr. V.K.Ojha, a resident of Khutadih area in Jamshedpur and a JUSCO water connection holder says, “The quality of services provided by JUSCO has deteriorated. The water in his tap is so polluted that it is not at all fit for drinking purposes. Even after repeated complaints, the JUSCO staff were not able to fix the problem,”

The operations of JUSCO in India has not only failed to deliver services in Jamshedpur but it has also failed to deliver its services in other cities. Mysore City Corporation has imposed a penalty of Rs.7 Crore in 2013 for various lapses in the 24x7 water supply project to the city. It was also reported that JUSCO’s  project related to the development and management of water distribution & sewerage system at the Nabadiganta Industrial Township Authority at Sector-V in Salt Lake City of Kolkata has been delayed. 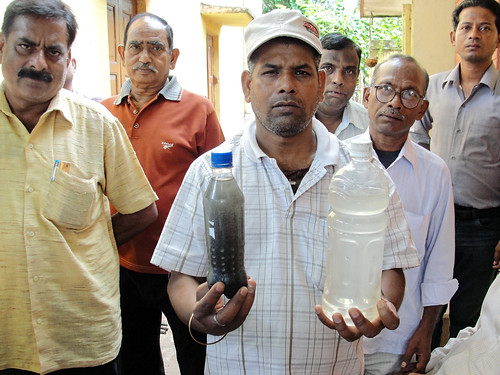 JUSCO is not the only company in the world that has failed to provide accountable services. According to the list maintained by Manthan Adhyan Kendra  there are almost 54 other private water sector projects globally that are in the same situation.

People across the globe are opposing water privatisation because they have realised that privatising public utilities is not improving accountability. However, private companies like JUSCO, Veolia, etc. are getting awards for good performance and contribution to society!

In the last three decades the government of India, in order to increase investment in infrastructure services and to facilitate private sector growth, has implemented various sets of financial and sectoral reforms like the National Water Policy 2012 and other legislations. This has resulted in water being treated as a commercial entity and not as a fundamental right of the citizens. This attitude must change and a better public service model must be developed for this sector if there is to be better accountablity and equity in access to water.