Since the introduction of green revolution, four kharif crops have marched to newer grounds.

The past few months saw Karnataka and Tamil Nadu bickering over the sharing of the Cauvery water. It was the failure of the south-west monsoon that had put crops in Karnataka at risk, forcing the government to stop water supplies to Tamil Nadu. The arrival of the north-east monsoon in Tamil Nadu, however, has eased this tension. The fact, however, is that it’s not as much the rainfall as the changed crop pattern that has aggravated the situation.

From traditional ragi (finger millet), which was more suited to the Mandya region of Karnataka, the farmers shifted to more remunerative but water-intensive paddy and sugarcane crops post 1970. In fact, in its submission to the Supreme Court, Tamil Nadu pointed out this anomaly while seeking release of Cauvery water.

Such variance in crops and agro-climatic zones is evident across India, which is why we should not be surprised if more water conflicts rise in the near future in different regions.

Since early 1960s when green revolution was introduced in India, four kharif crops have marched to newer grounds. Paddy, cotton, soybean, and sugarcane covered over 60 percent of the total sown area this year. “These are all cash crops taking over the area traditionally devoted to millets, oilseeds and pulses which were more suited to the local climate and soils. Except soybean, all these commercial crops are water-intensive and a drain on the soil health. These are also high-risk crops due to changing climate and unsure markets which decide the productivity and price respectively,” says Dr G.V. Ramanjaneyulu, executive director of Centre for Sustainable Agriculture.

One of the reasons for the expansion of irrigation-heavy crops is building of dams and expansion of canals besides increased accessibility to groundwater. With water more readily available, farmers shifted from semi-arid cereals to high-yielding varieties of cash crops, which require heavy dose of agrochemicals and assured irrigation. As the scale got bigger, the impact on natural resources became more evident. Soil fertility declined while groundwater receded. Chemical pollution and changing food habits impacting human health are direct manifestations of this change in crop patterns.

Cashew plantations, maize and eucalyptus have announced their presence in tribal region of Odisha. The drought-prone districts of Anantapur and Kadapa in Andhra Pradesh have taken to citrus fruits and papaya, both water-intensive crops. The upper regions of Himachal Pradesh are taking to exotic English vegetables, requiring heavy dose of pesticides, at the cost of traditionally, naturally-grown rice and legume cultivation.

Besides preference of one crop over another, there are also shifts within a crop. For instance, among oilseeds, the area under soya has increased, groundnut has retained its hold while sesame has gone down. Among millets, bajra (pearl millet) and jowar (great millet) still hold a sizeable area but ragi (finger millet) and small millets like kodo millet and barnyard millet are grown in small pockets.

Here’s a detailed look at a few upsets that the cash crops have brought about in different regions impacting environment, health and food security. 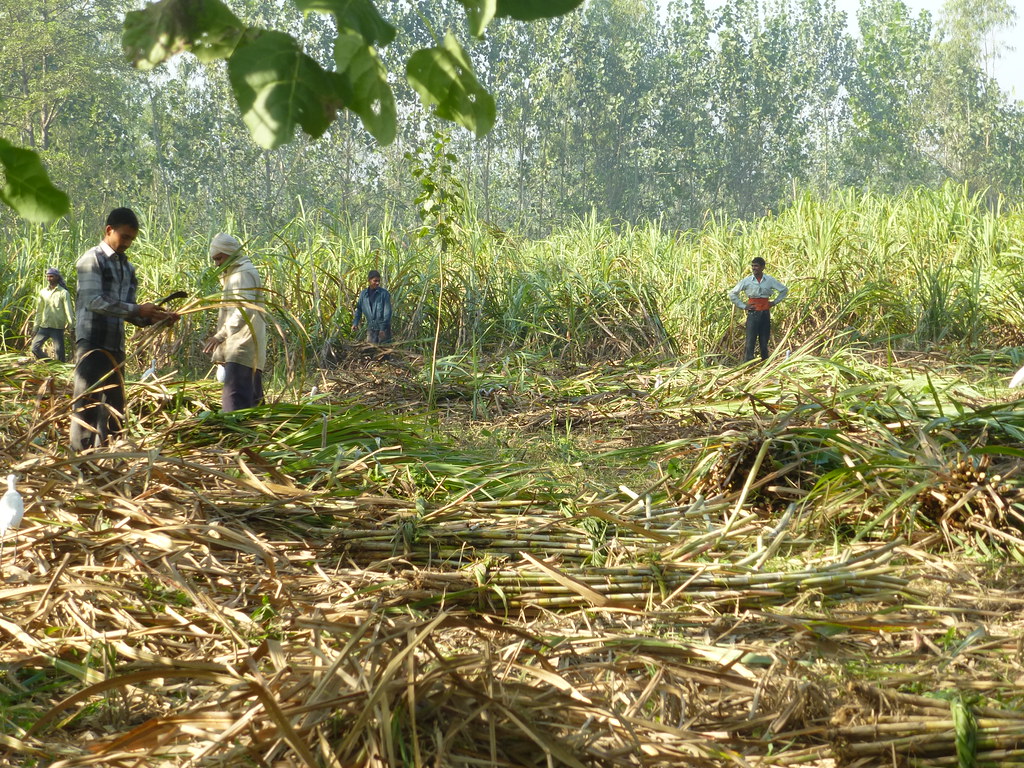 secure bail out packages from the state governments. Most of the water saved in dams is legally, or illegally, used by these sugar mills. Historically, Bihar and eastern UP were the seats of sugarcane before the licensing regime. Licenses were given on priority to cooperatives, and cooperatives had their roots in western India. But western India, especially Maharashtra, is not blessed with natural endowment of water, as Bihar or eastern UP.

Even though sugarcane takes just four percent of the total farmed land in the state, it consumes 71.5 percent of irrigated water. On the other hand, pulses occupy 16.8 percent gross cropped area in the state but get only 3.4 percent irrigation water. Sugarcane is also being grown in drought-prone regions of the state making matters worse. While Bihar manages water efficiently, consuming just 822 litres of water to produce a kilogram of sugar, Maharashtra requires over 2,100 liters due to inefficient use of water and lack of rainfall.

The area under sugarcane in the state rose from 3,24,000 hectares in 2004 to 9,37,000 hectares by 2014. The cost of cultivation per hectare was Rs 1,65,962 per hectare which was the highest among all the top sugarcane-producer states. This can, to some extent, explain the growing farm distress and suicides by farmers in the state.

Sugarcane has also been steadily increasing (from 5.36 lakh ha to 10.99 lakh ha during the last 25 years). Traditionally, Marathwada grew millets and oilseeds which require less water. 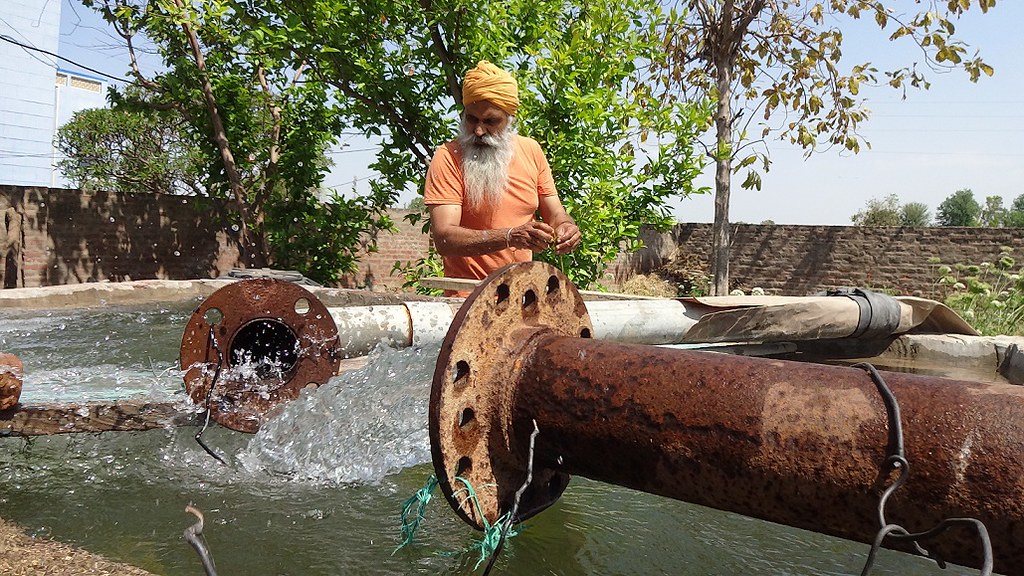 The semi-arid Punjab was never known for paddy cultivation. This is why paddy was traditionally grown mostly on floodplains of rivers and around drains in Punjab. Expansion of irrigation canals and accessibility to groundwater through pumpsets meant more area could be brought under this crop.

The green revolution came with high-yielding varieties of wheat and paddy meant to make the country self-sustaining in food production. Assured procurement of these two crops by government agencies for distribution to other states fetched better prices for farmers. Over time, paddy dovetailed well with wheat, a major winter crop of Punjab. Consequently, machinery was also specifically designed for wheat-paddy cycle, which further pushed the combination. From 2,27,000 hectares in 1960, the area under paddy rose to 26,12000 hectares by the year 2000. A growth rate of 1,050 percent!

Allowance of free power to operate these pumpsets furthered the cause even though it came at the cost of receding groundwater table. As many as 81 percent blocks in the state are either overexploited or critical. Data shows that Punjab has consistently registered below normal rainfall since 1998, thus putting additional strain on the groundwater resource.

Estimates by the Commission for Agricultural Costs and Prices suggest that to grow one kilogram of rice, 5337 litres of water is required in Punjab, which is double the figure for West Bengal (2605 litres), a more conducive habitat for the crop due to its heavy rainfall.

Cultivation of menthol, mint or metha in Bundelkhand region of Uttar Pradesh is another crop that contrasts with the agro-climatic zone. As its roots do not penetrate deep into the soil, this crop requires 18 to 22 rounds of irrigation, which is a luxury in the region known for severe and persistent droughts. A study by Gorakhpur Environmental Action Group found that around 1,75,000 litre of water is required to produce 1 kg menthol.

Mentha got the highest per acre income of Rs 35,000 but the input cost for production was Rs 17,514 per acre making it not as profitable a crop as it is touted to be

Mentha oil is used in several medical and cosmetic industries besides pan masala and gutka-making industries. However, the ban on gutka in many states has reduced its demand. The area under mentha has been shifting according to market demand and the amount of rainfall. “Introduced around 10 years ago, the crop saw a high of 10,000 hectare in the region which reduced to 1,000 hectare last year due to poor monsoon,” says Sanjay Singh of Orai-based Parmarth Samaj Sevi Sansthan. A study done by his organisation in 2008 found that mentha got the highest per acre income of Rs 35,000 as compared to around Rs 7,000 for pulses, coarse grains or oilseeds. However, the input cost of production was Rs 17,514 per acre making it not as profitable a crop as it is touted to be. Only 29 percent farmers were satisfied while others complained about high cost, low income or low productivity.

“Around 10 bags of urea per acre are used besides the growth regulator. Also, farmers get only one crop as mentha requires a long gestation period for two to three cuttings,” Singh says. Mentha has also given rise to water conflicts. The farmers in Jalaun district growing mentha have to siphon off water from the canals resulting in frequent standoffs with downstream farmers.

Arecanut is being grown in the hilly tracts of Kerala and Karnataka, but its expansion to semi-arid plains has tilted the balance. Around 2.15 lakh hectares in the state are under arecanut plantations. However, the trees require constant watering during the April-May period. A study done in 2013 found that the average cost of production of arecanut was Rs 60,7279.70 per acre due to long gestation period of seven years and huge investment is required to establish the garden. In addition, areca’s average daily requirement of water is 21 litres, which is a big burden.

However, a high price of Rs 250-300 per kg has lured farmers to dig deeper borewells to nurture this unsustainable model. “Farmers are planting arecanut in Chitradurga and Davangere and Tumkur districts which are not heavy rainfall areas,” says Krishna Prasad of Sahaja Samrudha, a group promoting natural farming in the region.

The crop is turning out to be a burden even in its native region. Sree Padre, who grows arecanut in Kasaragod district of Kerala, says the plantation is seen by many as a problem. “At some point in time, farmers had shifted to rubber plantation as that requires less water,” he says.

Due to reduced rainfall over the years, arecanut’s yield is declining. The department of horticulture, Karnataka, has started advising farmers to move to cashew plantations which are more suited to the local climate and need less water.

Coconut which is mostly grown in coastal areas has also become widespread in Tumkur and Honsur regions of the state. In Karnataka, the percentage share of coconut of the net sown area increased from 13.65 per cent in 1960 to 19.14 per cent in 2002. However, each palm requires 55 to 120 litres per day, thus depending on excessive withdrawal of groundwater.

A positive change with soybean

While most of the cash crops have impacted local ecology, soybean is turning out to be a beneficial crop comparatively. Being a legume, it fixes nitrogen and also requires less water, which is why the crop has expand 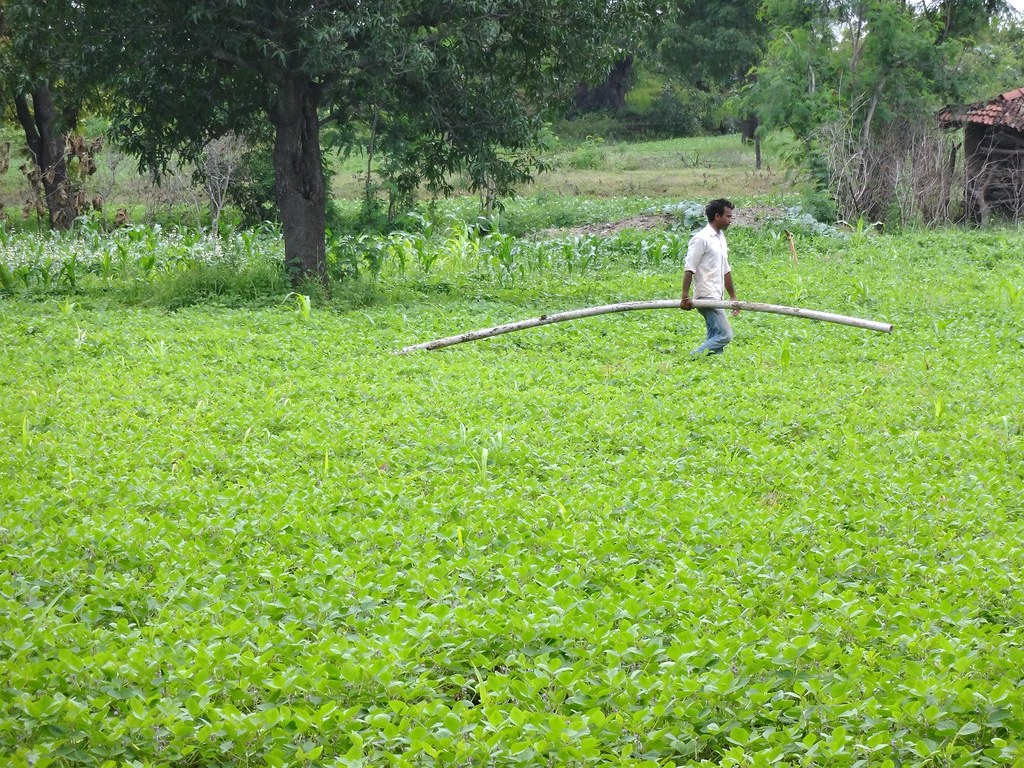 ed even in arid regions. The crop is also blessed with a very good marketing system as oil mills buy the harvest and de-oiled cakes are exported to Europe. In Marathwada, one of the most drought-prone regions in Maharashtra, soybean has expanded from 2.01 lakh hectare in 1990-91 to 35.20 lakh hectare in 2013-14.

South Rajasthan was known for its production of pulses. However, water-guzzling sugarcane found favours due to better remunerations. But now, soybean and wheat have replaced sugarcane to a great extent. From 28.3 lakh million tonne in 1978, the sugarcane production in the state dropped down to 2.8 million tonne by 2003. The crop does not require assured irrigation and can do well in rainfed areas. “The only problem is that when grown in light soil, the crop can’t withstand a gap of 15 days in rainfall. In comparison, jowar (great millet) and toor dal (pigeon pea) can take 25 days’ deficit,” says Dr Ramanjaneyulu.

The need, hence, is to learn from the past and shift to those crops which can withstand the local environment. Climate change is good at turning off the knobs for unsustainable crop patterns whether it’s mentha in Bundelkhand or arecanut in Karnataka. Short-term financial gains can’t be a justification for long-term impacts on the environment and the farmer.

Get the latest news on water, straight to your inbox
Subscribe Now
Topic
Agriculture
Rainfed Agriculture
Climate and Weather
Rainfall and other forms of Precipitation
Climate Change
Droughts and Floods
Ecology and Environment
Biodiversity
Sub categories
News and Articles
Regions
Political
India
Continue reading
Sign up for our newsletter
A newsletter from India Water Portal for the latest updates around water and related issues in India.
About
Contact
Terms of use
Privacy Policy
Subscribe