What is required is a much more concerted efforts by all stakeholders to help farmers adopt efficient and modern water irrigation systems, as per India Water Review. Posted on 26 Sep, 2011 11:30 AM 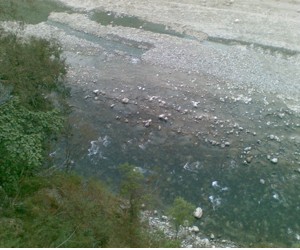 The agriculture sector in India, like elsewhere in the world, remains the largest consumer of water. As much as 80-85 per cent of India's available water resources are deployed annually in the agriculture sector, with industry being the second-most largest water consumer. But, contrary to the amount of efforts being put among industrial consumers to bring down their water consumption, agriculturists remain stuck on age-old methods and systems that lead to wastage of water.

So, while industry has been spending money on conducting in house research and development (R&D) to bring down their overall water consumption for making goods and products as well as deploying technologies that treat and reuse water and wastewater better, the agriculture sector has maintained status quo. Across India, farmers are still using flood irrigation methods for their crops. Most of them have not even head of drip irrigation or are so poor that they cannot afford to invest in drip irrigations systems.