Why did Urmila have to suffer?

Children dance during the inaugration of the safe water supply system in Kalapani, Madhya Pradesh

Urmila can neither walk upright, nor run about, nor do her chores easily. She is loved in her parents' house and they do not grudge her the extra care she requires. In rural India, this state of affairs does not last long for a girl, especially since she's only six years old. 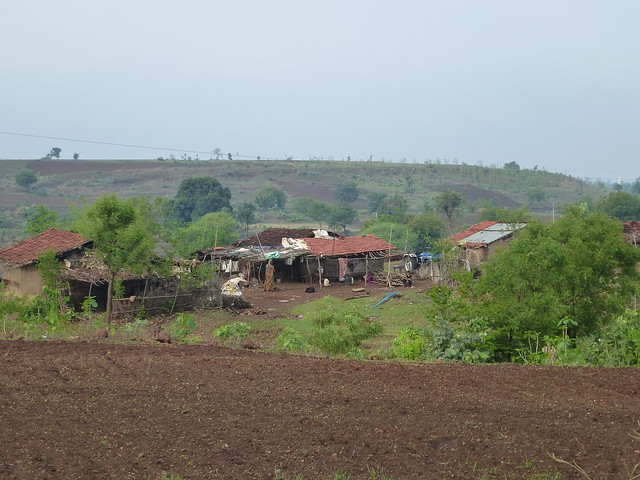 This is a wretched story but what makes it worse is that it need not have happened at all.

Urmila is one of three young children in her village Kalapani, afflicted with skeletal fluorosis. The others are Santosh-Ramesh (4) and Bharat Zasharsingh (6) but that's not all. In addition to some adults also being afflicted by the same disease, several children have dental fluorosis, but of them we could say that it was an unpreventable tragedy. In the case of Urmila, Santosh and Bharat, it was criminal dereliction of duty. While these are strong words, they aren't exaggerated because of one very important fact: skeletal fluorosis cannot be treated but it can be prevented.

Fluoride contamination was identified in Kalapani in 2005 shortly after the Public Health and Engineering Department of Madhya Pradesh had discovered the presence of fluoride in the groundwater. They had then started on an intensive round of testing its water sources, which led to the identification of nearly every village that was contaminated with fluoride at the time. Kalapani was one of those villages.

Measures to combat the contamination

The PHED did not stop with identification. They put a halt to any spread of fluorosis by immediately stopping all access to contaminated water. This was done in two ways in Kalapani: 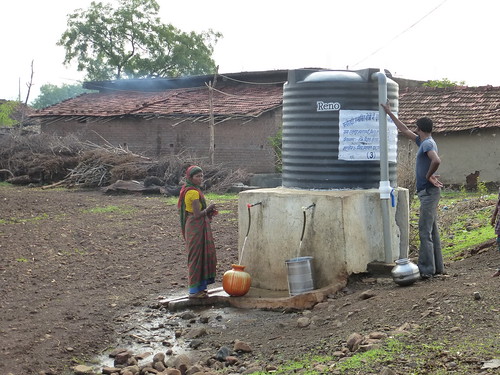 This strategy had a major shortcoming -- PHED did not speak to the villagers. Sakubai of Kalapani said, "After identification of the contaminated sources, they (PHED staff) painted the handpump red and then left. They told people standing by that 'the water is bad' but not why". This lack of communication made the PHED's work more difficult. As news spread that the PHED was shutting down handpumps -- randomly, for all that the people knew -- villages began to resist. The PHED jeeps were gheraoed and the staff manhandled.

From Urmila's point of view, the PHED's negligence to talk to the villagers had an impact that extended well beyond a few bruises. People simply continued to used the handpumps that were painted red.

Kalapani is not an isolated story. Deheriya's functioning  government water supply scheme was cut to meet the demands of nearby Gujri town. In Sankota, the comprehensive and well-designed system installed by PHED lasted a week before the starter was stolen. A fluoride treatment unit installed at the same village also lies defunct.

On the face of it, the PHED did everything right. Mishra, the present Superintending Engineer of the PHED, Madhya Pradesh, is not only aware of the problem but also has all the information at his fingertips. He confirmed that after the first diagnosis of fluorosis was made in Dhar, the PHED had launched an intensive drive to identify every contaminated 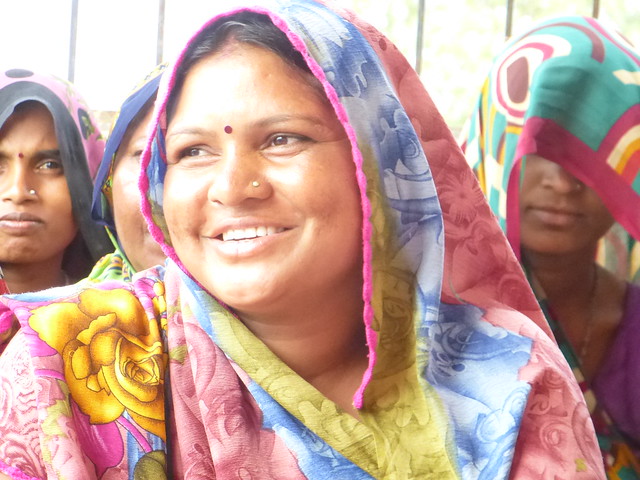 source in the district. For this, they camped for days on end, faced suspicious villagers, and worked long hours. After that, they blocked the hand-pumps as per stated procedure. Later, their efforts evolved into awareness raising and in some cases to the provision of alternative sources.

Dr.Anil Gautam of the Peoples' Science Institute (PSI) has been working on fluoride contamination in Dhar for a decade now. He explained the reason that government programmes seem to fail.

“The processes outlined are good. It is in implementation that shortcuts are taken. Why? The capacities of the staff working at the grassroots is not built to the level that it should be. Ambitious targets are set by people who do not work in the field. This leads to the staff cutting the number of visits; social mobilisation naturally suffers. Despite this, there is usually no problem in implementation; the problems are mainly in the operation and maintenance phase. That is because there is no community ownership. Residents think it is the 'sarkar's work' and the old techniques of people working together are disappearing”.

Sakubai of Kalapani beamed as she spoke about the pleasure of having water available in the tanks. “Earlier I would need one hour each way to bring water. Now chapati banate banate (as I am cooking) I can go and get water”. There is a long journey behind her glee. Since 2011, PSI has followed a meticulous and patient approach to controlling the spread  of fluorosis.

In 2011, the PSI team began to collect water and urine samples. Sakubai says, “After they tested the samples, they explained why it is unsafe. When they described the aching joints and coloured teeth, it cleared many questions that we had”. This was done over many meetings, informal conversations and even some street plays. This was successful to a startling degree. Resham is the President of the water user's committee. Her husband works at facilitating self-help groups for another organisation.

“We felt persecuted”, said the water users' committee. “Everyone comes and takes away our handpump. What are we supposed to do? Where do we get water from”? A valid question. The PSI team identified a well as having safe water and installed a system where water from the well was piped to three tanks in the village.

The present system stuck to using well water from safe sources over other methods like treatment of fluoride or even rainwater harvesting. The reason was simple -- change is hard. “The closer things are to what the people are accustomed to, to what is 'natural', the more likely it is that people will adopt them”, said Anil Gautam. It is for this same reason that he insisted his team install the tanks as close as possible to the handpumps so that peoples' routines aren't changed in anyway.

The owner of the well, Uday Singh Nahan Singh offered to 'donate' his  well. This meant that he would allow the village to draw water from his well for domestic purposes. He also agreed to allow them priority over his irrigation needs in the case of a drought, which meant that he would forgo irrigating his summer crop to ensure water to the village. When asked why, Uday simply said, "It is  punya to give water.” Puja of the PSI team had her own insights. “He understood the problem”, she said. “Also, when some people had tried to stop him, he became more determined. Now this has earned him respect, and he is thinking of contesting the elections”.

People also donated their labour and their bullock carts. This all helps them to think, 'This is mine.' The day that the water was installed was a fete day in the village. Everyone contributed to make puris and chokha; there was much dancing. After all, 'their water had come'.

Urmila  is also living in a time of hope. Her siblings now need never be at risk of skeletal fluorosis. And there is new research to help her. Work done by scientists in Rajasthan and Madhya Pradesh have conclusively proved that calcium and Vitamin C supplements can reverse bone deformities caused by skeletal fluorosis. Puja Singh has now taken it upon herself to ensure that Urmila, Santosh and Bharat have access to the medicines they need.