ARTICLES
Taking advantage of the simple concept of gravity
Tribal communities in remote villages of the Eastern Ghats now have water round the clock due to a simple water system that uses no electricity.

Vanajakshi, a 21 year old girl from Gondipakalu in Chintapalle Mandal, Andhra Pradesh, recalls that, growing up, she was often late to school. It wasn’t because she was having trouble waking up. It was because she had to accompany her mother to fetch water, and that took up around 2.5 hours every morning.

Vanajakshi's reason wasn’t unique to her.

Gondipakalu is a remote tribal village in the Eastern Ghats of Andhra Pradesh. Its difficult and hilly terrain forced Vanajakshi and many other girls to trudge up the hills everyday to fetch water from nearby streams. “It used to be very slippery during the rains. Many of us have gotten injured during these trips. We used to spend 2 hours every morning and evening fetching water for our families”, she says.

But now, the girls are all back at school thanks to Vishaka Jila Nava Nirman Samiti (VJNNS), an organization based in Narsipatnam, which cleverly used the area's terrain to its benefit.

This system works on the simple principle of gravity. Here, water from the source is directed to a three chambered distribution tank for where it is filtered using slow sand filtration with layers of sand, gravel and pebbles. Pipes supply the water from these tanks to standposts or taps that are placed in each locality. 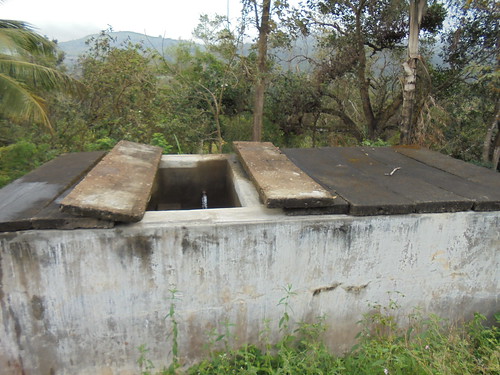 On average, there is one standpost for ten households. These pipes run for 2 to 2.5 kms from the source to the standpost. In Pakabu, a village in Chintapalli Mandal, there are 7 standposts for 60 households. Also, each of these standposts have soak pits attached in order to trap the run-off.

“We first conducted a baseline survey and technical feasibility study to get a sense of the socio-economic conditions, along with parameters such as water quality, velocity of flow, etc . We then asked the elders for locations of the springs. This water supply system is unique because it does not require electricity. This simple system has helped us supply water to remote tribal villages round the clock”, says A Siva Kumar, Project Director of VJNNS.

Springs in these areas are found at the top of the hills. Usually, the women would trek up to the source point and fetch water, wash clothes there, bathe, etc. This lead to contamination of water at the source. Since the spring is situated at the top of the hills and the communities live downhill, VJNNS decided to use the simple concept of gravity to bring water down to the people.

VJNNS has successfully constructed 50 water systems in 3 mandals - Chintapalli, GK Veedhi and Koyyuru. Each of these units were constructed in line with the Gandhian concepts of Shramadhan (voluntary labour) and Gram Nidhi (voluntary contribution) where both men and women of the community are actively involved in the construction and maintenance. Wages are paid only to skilled masons.

Water Committees have been formed within the community to maintain these units. “The committee meets once a month to discuss sanitation and hygiene practices as well as maintenance issues. Rs. 10 per house is collected every month for maintenance” says V. Kondamma, a member of the committee. The committee has a savings account at the local Post Office.

“Children now bathe before coming to school”, says Ganga, the Anganwadi Worker in Gondipakalu. “The attendance at school has increased drastically over the last few years because the incidence of diarrhoea has decreased”, she adds. 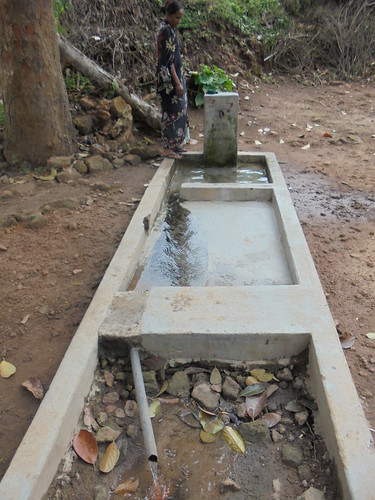 Partha Sarathi, the technical director of VJNNS, is the man behind the entire system. He assisted in the construction of the first unit, which is still functional, ten years ago. “People in these villages are much healthier now, not just the children. If you walk around the village in the morning during a weekday, you will see all the houses locked, showing that everyone is healthy and off to work. That is a performance indicator in itself”, he says.

Ramakrishna, the project manager for VJNNS says that when it rained, the water source and streams used to get heavily contaminated and the incidence of skin diseases in addition to diarrhoea was very high. People also used to employ labour to fetch water for construction activities. That is no longer needed, thanks to the water standposts. "The GFWSS has reduced household expenditure in many ways. It has also also made water available for agriculture thus increasing household income”, he says.

These tribal villages in the Eastern Ghats are known for horticulture products, turmeric, pineapple and most importantly, coffee. Earlier, coffee was pulped using contaminated water, thus reducing the quality of coffee. However, since the installation of the GFWSS units, pulping units have been provided to the communities by the Indian Coffee Board. The quality improvement directly translated into awards from the Board for their coffee beans.

Spreading its wings one village at a time

Representatives from four villages -- Dippalametta 1, Gondimelaka 1, Gndimelaka 2 and Baddimeta -- visited the villages with GFWSS and then proceeded to the VJNNS office in Narsipatnam to demand a similar system for their villages. “We are hoping that many more organizations get inspired by our work and replicate our model in other tribal areas. There are a lot of remote areas to be covered”, says Siva Kumar.

Get the latest news on water, straight to your inbox
Subscribe Now
Topic
Drinking and other Domestic Uses
Ecology and Environment
Groundwater
Health
Storage and Supply
Sustainability
Sub categories
News and ArticlesSuccess Stories and Case Studies
Regions
Physiography
Eastern Hills
Eastern Ghats
Continue reading
Sign up for our newsletter
A newsletter from India Water Portal for the latest updates around water and related issues in India.
About
Contact
Terms of use
Privacy Policy
Subscribe