ARTICLES
Sikkim conserves its Tsomgo lake
Residents who live near the lake, representatives from the Taxi Drivers’ & Shopkeepers' Association, Tourism Department, and the Police Department have worked together towards a common goal.

There are about 227 lakes and wetlands in Sikkim, many of which are revered by the people as holy. While Gurudongmar and Keopchari are popular with the tourists, Tsomgo lake at an altitude of 12,400 ft above sea level, is perhaps Sikkim's most visited tourist spot.

Tsomgo, located about 35 km from Gangtok on the Gangtok-Nathula Highway which forms a part of the Old Silk Route connecting India and China, has recently seen heavy tourist footfall with over 3 lakh visitors a year. In Bhutia language, ‘Tso’ means ‘lake’ and ‘Mgo’ means ‘head’, which translates into ‘source of the lake’. About 1 km long and 15 metres deep, the lake gets its water from the melting snow from the mountains around it. Tsomgo is believed to be sacred by Buddhists and Hindus and is shrouded in myths, beliefs and faith. Local legend has it that in ancient times, the Buddhist saints used to predict the future by observing the changing colour of the lake; a dark, gloomy tint told of difficult times and unrest in the region.

Though local communities derive their livelihood from the lake, heavy people traffic proved taxing to its health. About 35 shops sitting neck to neck on the right side of the lake were major contributors to its pollution. Chips packets, plastic bags, left-overs etc would ultimately find their way into the lake. Due to its immense, cultural, spiritual and environmental importance, the Tsomgo Pokhri Samrakshan Samiti (TPSS) was formed in 2008 following the Lake Conservation guidelines, an initiative of the Forest Department with support from WWF-India, The Mountain Institute and Sindrabong Khangchendzonga Ecofriendly Society.

The Committee is constituted by one member from each household in the lake catchment area, and is presided over by the Panchayat of the ward. The Range Officer of the Forest, Environment and Wildlife Management Department (FEWMD) acts as the Member Secretary. Representatives from the Taxi Drivers’ Association, Tourism Department, Shopkeepers’ Association, the Police Department and the locals act as executive members of the Samiti. 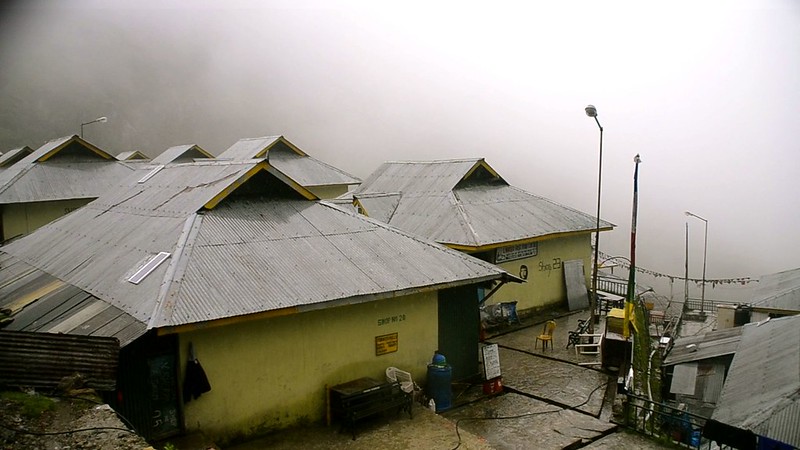 One of its major successes has been to manage the waste coming out from the lakeside market. First, the market was shifted from the periphery of the lake to another suitable location nearby, and second, the waste generated is being collected in a Resource Recovery Centre, segregated and then transferred to landfill sites. To further reduce plastic generation, the Samiti has installed water filters in the shops as an alternative to packaged drinking water. TPSS also sells picture postcards for Rs. 10. These double up as entry tickets and contribute to various lake conservation activities.

Though there is a lot to be done in terms of completely managing the waste generated at Tsomgo, the active intervention of the TPSS demonstrates what a motivated group of individuals in a remote mountainous location could do and would do to secure its environment.

Watch the video to find out more about Tsomgo and how the Samiti initiated interventions.