Seetha Gopalakrishnan
27 May, 2016 . 6 mins read
Efforts have been on to spread the message of menstrual hygiene. But we are not even half way into achieving it fully

The female menstrual cycle is the intricate work of hormones. Usually, girls start their cycle anywhere between 12 and 17 years of age when a series of changes prepare their uterus for child-bearing. The body produces the hormone oestrogen which stimulates the growth of a protective lining inside the uterus to cushion the baby in preparation of pregnancy every month.  When it does not happen, the amount of oestrogen secreted by the body decreases and the protective uterine layer breaks, resulting in the discharge of blood and tissue, via the vagina. And voila, the period has arrives!

Though it is important to know the biological process, the understanding around menstruation should not stop there. In a developing country like India, where a good percentage of population lacks basic sanitation facilities, menstrual hygiene is an equally important topic to be discussed. The approach towards menstrual hygiene management should be multi-pronged and should include all aspects -- from biological to social and environmental. Clearly, the reasons behind menstrual ill-health lie beyond what is apparent and include sociological and psychological factors as well. 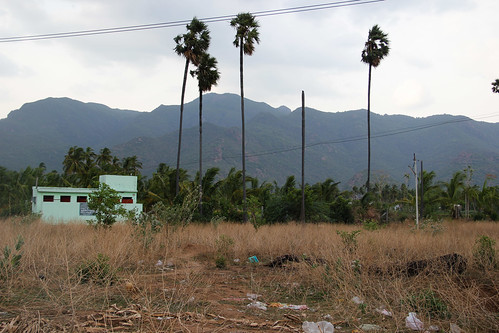 Hygiene promotion and its role

This is where the hygiene promotion by public health experts finds significance. It essentially refers to a wide range of strategies adopted by the government to ensure the population is safe from water and sanitation-related diseases. Menstrual hygiene sits comfortably in the broader sanitation hygiene umbrella.

The lack of indispensable factors such as clean, functional toilets and appropriate hygiene products hinders safe and hygienic menstruation of women in many parts of the country. Female hygiene, most often than not, is compromised in rural settings due to the lack of adequate sanitation infrastructure. Census 2011 records that 67.3 percent of rural Indians lack toilet access. And 85 million low-income households and slum dwellers in the cities lack access to proper sanitation, with situations comparable to, if not worse than, rural pockets.

Improper understanding of the menstrual process and the myriad taboos shrouding it make it even more difficult to redeem the situation. While the onset of menstruation is viewed positively in many cultures, talking about it is still a taboo and this often affects the way it is managed, compromising the hygiene factor. The idea behind the hygiene promotion is to make the girls aware of how unsanitary practices harm their personal health and well-being so that they adopt more hygienic practices.

Chennai based gynaecologist, Dr Rajani Chelladurai states that around 50-60 percent of Indian women are in the menstruating age group but, hygiene eludes many. She blames the complex web of social myths and taboos for hindering a healthy menstruation discourse. Though the situation is bleak in rural areas compared to the cities and towns, she remains hopeful of a paradigm shift. “Proper education on the physiology of menstruation and menstrual hygiene will play a key role in improving the health status of women, especially adolescent girls,” she notes.

Statistics have proved Dr Chelladurai right. The effort of the government in this front has reaped results. In 2007, the National Institute of Public Cooperation and Child Development (NIPCCD) carried out a study to address the issues surrounding adolescent girls’ menstrual hygiene [1]. Data was collected from 500 adolescent girls in 50 villages across five states with a follow up study in 2012 to assess the usefulness of government schemes such as the SABLA, Kishori Shakti Yojana and ARSH focussed on improving menstrual hygiene.

The study found that 59 percent of girls surveyed in 2007 had toilets at home while the number had gone up to 67 percent in 2012. A prodigious shift was observed in the use of sanitary pads. While 23.8 percent of adolescent girls reportedly used sanitary napkins in 2007, 74 percent of girls had moved on to more hygienic options in 2012. A similar shift in sanitary product usage was observed among mothers and women functionaries as well.

Let’s talk about it

In their article on menstrual management published on IWP recently, Nivedita Pathak and Jalandhar Pradhan very crisply point out that “provision of low-cost napkins is merely a band-aid on a large wound because the sanitation facilities in villages are not women-friendly” [2]. In most cases, the sociology of menstruation outweighs the biological factors.

Physical empowerment should be preceded by social and psychological empowerment. While Swachh Bharat Abhiyan and its predecessor, Nirmal Bharat Abhiyan managed to break the silence around personal hygiene and toilet use, these accomplishments have not reached the menstrual hygiene front. For the women to break cultural barriers and embrace sociological change, the importance of discourses around our biology cannot be emphasised enough.

The first step towards it would be to engage the country’s self-help network in getting the message of safe and sustainable menstruation across. Regular home visits by trained community members and health workers could change the way the issue is viewed.

Storytelling aids, such as puppet shows and street plays, have proved to be very effective in engaging the children.  Continued broadcast of jingles and discussions on television and radio could help spread the message to a wider audience cutting across geography, gender, culture and religion.

Reinforcing factors encourage the sustenance of any behaviour. Motivated women chosen from among the community could lead by example and influence the way the group thinks and works. The able, trained community leaders and members of self-help groups could act as role models and change behaviour by challenging prejudices and breaking down taboos. 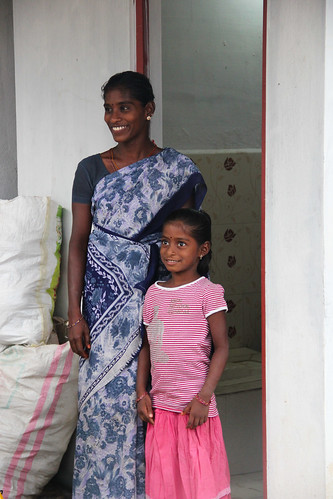 Whatever little effort made by the government towards behavioural change in the population has been fruitful. The 2012 NIPCCD follow-up study notes that 72.6 percent of adolescent girls were aware of or possessed some information regarding menstruation in comparison to the 29.4 percent recorded in 2007. As a logical extension, the percentage of girls who think of menstruation as ‘dirty’ has come down from 74.4 percent  in 2007 to 64.8 percent in 2012. Though the study has shown positive results overall, it also highlighted gaps that need fixing. Dropping out of school at the onset of menarche has reduced, but we are still a long way from curbing it fully.

The government has done well to recognise that menstrual hygiene education needs to move beyond just the home and the school. Administrators and officials who design and dictate policy need to be sensitised as well. The National Guidelines on Menstrual Hygiene Management released in 2015  mention that the district and the panchayat-level officers must be oriented in the subject matter to ensure the commitment is passed on to community frontline workers and the health staff.

Reinforcing factors like these coupled with enabling factors such as access to clean toilets, water supply and privacy can work wonders. It’s high time we start thinking of menstruation as another biological process similar to the blood being cleansed by the heart or the kidneys. If that is achieved, a lot of taboo around menstruation will cease to exist and hygiene promotion efforts will gather steam.

1. Improvement in knowledge and practices of adolescent girls regarding reproductive health with special emphasis on hygiene during menstruation, National Institute of Public Co-operation and Child Development, 2014

2. Low cost napkins: Are they a band aid in the absence of sanitation facilities?