Manu Moudgil
20 Mar, 2016 . 4 mins read
Fish traders in the state, which has the highest freshwater fish yield at 2,500 kg per hectare, are mainly groups of Bihari migrants playing to their strengths.

First half of the day is spent netting the fish which is sold in the evening.

“This is my business, I am nobody’s slave,” says Kapal Nishad. He is one of the over two million migrants who came to Punjab over 20 years ago. Many worked in Ludhiana's industries and Mandi Gobindgarh while others spread out to harvest wheat, sow paddy or pluck cotton over the state's 42 lakh hectares of farmland. Comparatively fewer worked on construction sites, roadside eateries or pulled rickshaws. Very few like Kapal took to Punjab’s bountiful waters to trade in fish.

Both migrants and fish are the odd ones out in Punjab, and this makes them interdependent. Only 25 percent of Punjabis eat fish and that too as snacks, but for the migrants, especially those from Bihar, it is a staple food. This also explains why they dominate in catching, selling and preparing them. “We have been fishing since we were as young as 10. It comes naturally to us”, says Kapal who belongs to the traditional boatsmen community of Bihar. No wonder they identified potential when they saw it!

A cooperative model at heart

In 1990s, the number of migrants in Punjab's industrial towns was rising and they also had ready money to spend unlike in Bihar, where the average income is comparatively low. The three rivers and over 14,000 km long canal system provided ample resources but it was controlled breeding in far 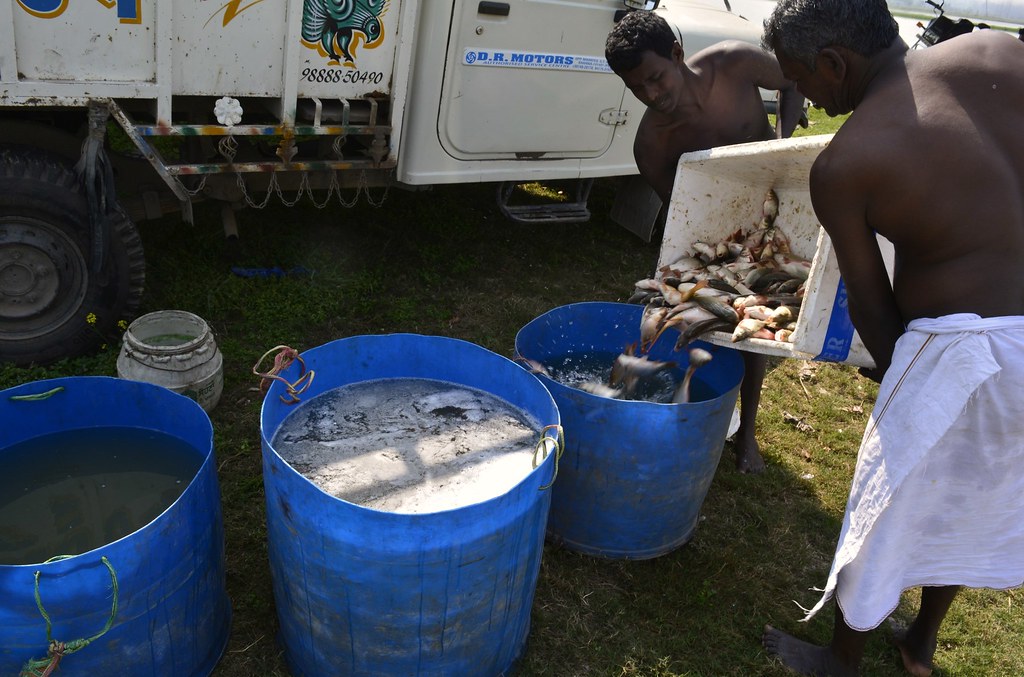 ms and village ponds that ensured the availability of fish all year round. Today, Punjab has the highest freshwater fish yield at 2,500 kg per hectare of which 67 percent comes from ponds. So while migrants do the business, the breeders are Punjabi farmers wanting to diversify from the wheat-rice cycle, or village panchayats keen to make a buck off community ponds.

What makes this seemingly unorganised business unique is the cooperative structure that it is built on. A group of migrants pools in money to buy fishing nets, seeds for reselling to farmers, containers and other tools. A tempo is hired to transport on a daily basis and money is paid to the fish farmers depending upon the catch. The licence to catch fish on river or canal stretches is given to big contractors who further allow these groups to operate by paying a daily fee of around Rs 1,000 or half the catch.

The first half of the day is spent netting the fish from ponds, canals or rivers. The catch is divided among the members who sell them at their pre-designated places along the roadside. It doesn't matter how much each one sells because the combined profit is shared equally. “One shop may have a better location and hence sells more fish than others but since the catch is collective, the profit is also distributed uniformly”, says Kapal. This extends to all other things. They usually live together as well and thus share the expenses and earnings. When the sales are good, especially in winters, it fetches each member around Rs 15,000 a month.

There is no other business in Punjab where migrants work as a collective force. “They are either working under someone or doing individual business like selling street food, clothes etc, and thus face the risk of financial losses alone”, Kapal points out.

At Khanna town, which houses Asia’s largest grain market, around 50 migrants make their living by catching and selling fish. Many of them have worked on farms but got lured by fishing. “On the farm, it was too much hard labour and the daily wages were not as good that time as they are today. Fish trade is a comparatively easier operation as long as you have a good functional group. Also, I can go home whenever I want”, says Rampreet Nishad, who worked on farms for 8 years before moving into the fish trade. His son does the same work back home but not with as much success. “Though the price of fish and the demand are high, there are not many farm ponds to maintain a steady supply. The competition is also higher as there is a greater number of people engaged in fish trade,” Rampreet informs.

Of late, the domestic demand 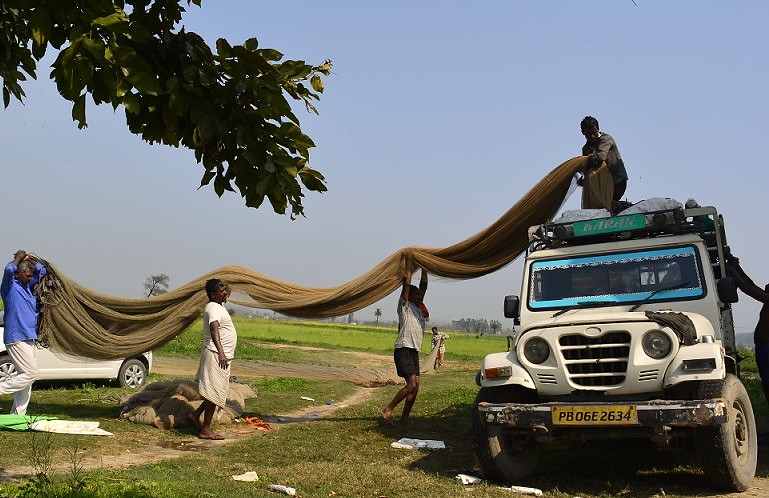 of fish has started to decline in Punjab. In the last five years, around 18,000 small industrial units have closed down or moved to neighbouring states like Himachal Pradesh because of tax holidays. In addition, work opportunities have now increased in Bihar thanks to the rural job guarantee scheme and improved economic growth. This has reduced the inflow of migrants, who are the biggest fish consumers. All this has affected prices.

“The fish we used to sell at Rs 90 a kg earlier is now going for Rs 75. Though Punjab has also started exporting fish to other states, most of the business for small-time contractors is run through local sales from temporary shops set up every evening along the roadsides”, says Gurdeep Singh Bains, who started breeding fish in the mid 1990s. For people like Kapal, business is only as good as it lasts. "Right now it is fetching us good money. If it does not work in the future, we will get on to something else. It's as simple as that."