An intimate relationship: how rivers, humans and animals coexist

Chicu Lokgariwar
25 Apr, 2015 . 5 mins read
Most people believe that human needs should not be included while assessing the environmental flows for a river. Here is why they are wrong.

On the banks of the Gomti at Lucknow

“Every inch of our planning is directed towards human beings. At least leave environmental flows alone!”, said the professor, revealing a side to himself that I had not dreamt existed. The professor, who shall remain anonymous here, is a member of the prestigious IIT consortium that is entrusted with the development of a basin management plan for the Ganga, and we were discussing the inclusion of people's requirements into environmental flows.

Five years ago, I would have agreed with him. Like many others, I too was of the opinion that it was important that any space where plants and animals had a voice should be reserved for them alone. I also believed that human requirements would necessarily be at odds with the river. Fish, aquatic mammals, crustaceans, and plants among others, are all the forms of life that normally are not considered while planning for rivers and this needs to be changed.

Since 2010, I have been involved in assessing environmental flows for two rivers in India. Conversations with the people who dwelt along the banks of the Ganga and the Ramganga changed my mind. Here are some reasons why including the needs of humans dependent on the river will help satisfy the needs of plants and animals.

It may be true of commercial, intensive agriculture and industry that these are at odds with environmental requirements. However, traditional livelihood practices are intensely in tune with the natural ebb and flow of the river waters. 'Paalage' as sandbank farming is called, is an excellent example of this. 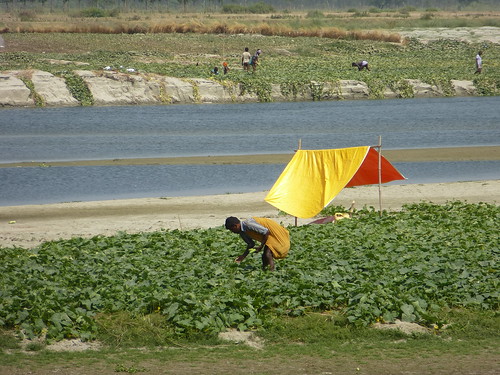 High flows inundate the sandbanks and also cover them with a fresh layer of silt. As the waters recede, this moist and fertile land is cultivated by farmers. After harvest, the cycle is repeated. This system is sensitive to any change in the flows of the river.

Hukum Singh of Parmawala village just below the Harewal barrage on the Ramganga explained this sensitivity. "Not enough water in the monsoon, and the lands do not get saturated with water. Floods too early or too late, and the crops get submerged. When the dams release water suddenly, the lands get covered not with life-giving silt, but with choking sand. Our crops get buried then".

Here it is not just the quantum of water that matters, but also a timely variation and with a particular velocity. A paalage farmer is an acute observer of environmental flows, and his or her living is as sensitively attuned to it as the lifecycle of a mahseer.

Rivers that flow above the natural flow levels tend to flood farmlands; those that flow much below natural levels impoverish farms. People are dependent on the generosity of nature far more than we can imagine -- farmers that do not possess pumps have no choice but to depend on the soil moisture brought in by floods.

If farmers and fisherfolk are dependent on a system of river flows that is close to the natural state of the river, our folktales and 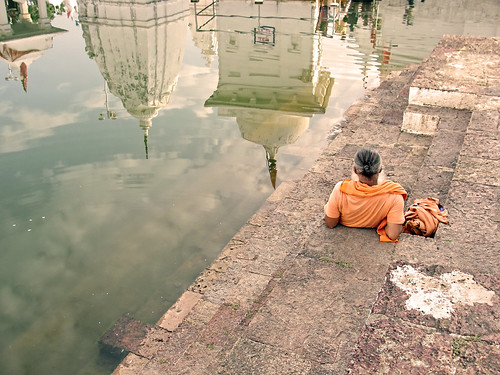 culture are the guardians of that knowledge.

The Ramganga, where it flows in the plains, is prone to shifting its location. Such rivers are considered 'unmarried' in Uttar Pradesh and Bihar, as this alone can account for their restlessness! The song, 'Tu kyun kunwari rah gayee ri Ramganga' asks the river why she remains unmarried.

The 'Ganga  Namawali' (1000 names of the Ganga) includes names such as Sughosa (noisy), Ksira-shubra (white as milk), Lila-lamghita-parvata (leaping over mountains) which speak about its velocity, while terms such as Sagarambhusa-medhini (swelling the waters of the ocean) and Bahu-ksira (giving much milk) describe the quantities of water that flow in it. The names Saphari-purna (full of fish) and Jangamadhara (supporting that which lives) speak about the biodiversity in the river.The Ganga Namawali, therefore is an evocative description and meticulous record of the historical state of the river.

Flows are sadly diminished at Bithoor, a town on the banks of the Ganga. Here, some desultory paalage is carried out on the left bank, none on the right. Ferrymen can no longer operate due to low flows that leave their boats stranded. Most people have chosen to leave their town to work in the mills of Surat. Despite this, memories of how the river was before the great canal systems sucked it dry remain vivid.

The faintest ink is better than the strongest memory, says a Chinese proverb. How much better is a memory etched in stone! The architecture of Bithoor is a marker of flow and flood levels in the river before it was reduced to its current state. According to local lore, Ganga visits the 'Brahma-Kunti' temple every year -- or monsoon floods reach that level annually. She also is supposed to visit the Hanuman temple at the top of the ghats every five years -- an  indication of peak flood levels. The Gangetic flood plains are dotted with markers like this; villagers construct their houses above the flood markers.

There is also great tolerance for the river as an entity.  For the team working on environmental flows assessment for the Ramganga, Agwaanpur was a 'problem site'. The left bank of the river is low, which means that even a slight rainfall tends to flood a vast tract of land. While the scientists involved in the flows assessment were deliberating how to recommend flows for the site, a farmer was far more understanding. "Ganga ka ghar bada hain", he said. Ganga's house is large.

Finally, it is a matter of being pragmatic. Farmers, and people who live along the rivers are citizens who have a right to be heard when formulating the policies of this country. Especially for the rivers of North India, religious leaders are working with the government for river conservation and pollution control; at times they have risked their lives trying to change policy.  If the aspirations of the people who live along a river are not included in environmental flows assessments for that river, then it will be difficult to get their buy-in for the process.