ARTICLES
When money grows on trees
Gauging the economic value of an ecosystem can save it from degradation. But proper yardsticks need to be used without getting carried away by numbers.

At the watershed level, the valuation of forests may help design user pay schemes.

Nature is the source of much value to us every day. Yet it mostly bypasses markets, escapes pricing and defies valuation.

Consider this. A 50-year-old tree provides services like oxygen, water recycling, soil conservation and pollution control worth Rs 23 lakh. Cutting and selling it fetches only Rs 50,000. Yet due to the absence of data about its ecological services, felling a tree seems more profitable. A tree also adds to the Gross Domestic Product (GDP), the primary indicator of an economy’s health. The positive impact of plantation of a tree, however, never gets reflected in the economic growth.

Conversely, the value of a healthy environment can be understood through the impact of pollution. A 2013 World Bank report calculated the annual cost of environmental damage to India at $80 billion which was 8.5 percent of its GDP. This was mostly from the loss of labour income and welfare costs like healthcare. “This lack of valuation is an underlying cause for ecological degradation and loss of biodiversity,” says Dr Lalit Kumar, associate professor, the department of business economics at Delhi University.

Globally, efforts are being made to assess the impact of conservation or degradation of ecological resources and a new term--Green Gross Domestic Product (GGDP)--has also been coined to reflect the same.

A few initiatives in India

Certain efforts are being made in India to evaluate ecological services. Himachal Pradesh’s forest department is preparing forest accounts. Currently, timber resources from the forest contribute 4.8 percent to the economy but several other ecosystem services like water regulation, soil protection and carbon sequestration are not included in the assessment.

“Forests of the state contribute significantly to the economic growth by providing services crucial for other sectors like tourism, agriculture and hydropower. Our aim is to evaluate all these services so that better management plans can be prepared,” says Anil Vaidya, conservator of forests. At the watershed level, the evaluation will also help design schemes where users can pay for the sustenance of such services. For instance, currently, the town of Palampur in Himachal Pradesh is giving incentives to an upstream village for conserving a forest area from where one of its water sources originates. This ensures that villagers use the forest in a sustainable manner.

The state forest department has now done a pilot study of forest accounts in Mandi district. “The methodology will be standardised and applied in the entire state after which the state GDP will start reflecting the value of ecological resources. It will capture both resource use as well as the impact of degradation on the economy,” Vaidya says.

The first economic valuation of the ecosystem in India was also done for the forests of Himachal Pradesh in a 2000 study by the Indian Institute of Forest Management. It was found that the total contribution of forests amounted to Rs 1,066.64 billion but only Rs 410 million was accounted through revenue on the sale of timber and non-timber products. Using these findings, the contribution of the forestry sector in the gross state domestic product increased from 5.26 percent to 92.40 percent. These findings helped the state in implementing the one-time ecological cess in the case of converting forest area for non-forestry purposes. But the study mainly used secondary data and hence the current exercise of detailed forest accounts.

A similar approach can be applied to agriculture, which has been su 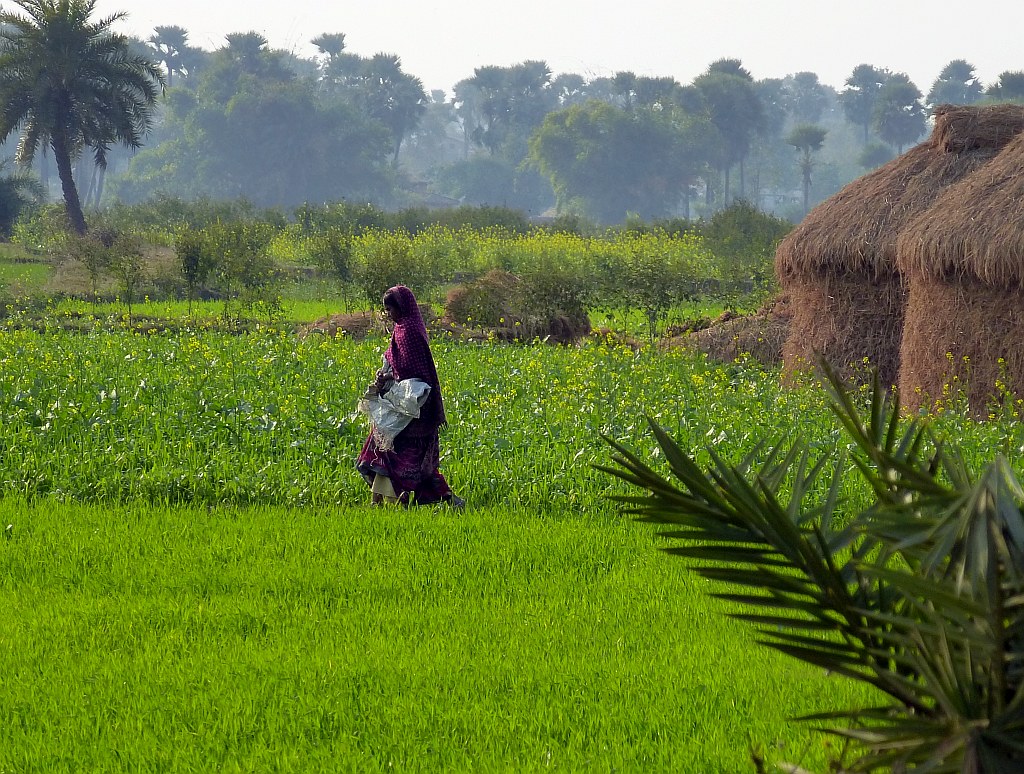 pplying food, fibre and fuel as provisioning services but is in severe distress due to low incomes. “The farms also regulate climate, surface water flows, groundwater levels, and waste assimilation and breakdown besides offering water purification. But there’s currently no mechanism to compensate the farmers for these services,” says Dr Kumar.

Modern agriculture with its excessive groundwater extraction, overuse of chemical fertilisers and pesticides and straw burning, however, is also causing a number of disservices.

In this scenario, a mechanism to pay the farmers for their ecological services work on two levels: it will ensure a guaranteed income to the farmers and also prompt them to adopt sustainable farming practices like organic farming which will fetch higher incentives.

“Unlike many other schemes of the government, the payment for ecological services would not be a subsidy. Instead, it will be in lieu of ecological benefits farmers generate for which they have not been compensated so far due to lack of a market mechanism,” says food policy and trade expert Devinder Sharma.

Similar schemes have been experimented in China and proposed in Europe. In Coorg or Kodagu district of Karnataka, a similar initiative with the involvement of coffee companies has helped with the conservation of native trees. The farmers having coffee plantations under native trees instead of ecologically less beneficial and exotic oak trees are incentivised by the coffee companies. It’s a win-win situation for everyone as companies provide these incentives under the obligatory Corporate Social Responsibility (CSR) fund, farmers get a fair price and biodiversity is also preserved.

The valuation of ecosystem services is not an easy job. The services are divided into several subcategories. There are supporting services such as wood from forests, nutrient cycling and water cycling. Provisioning services include food, water, energy, fibre and biochemical. Regulation of climate, disease and water, protection from hazards and promotion of pollination are categorised in regulatory services. Tourism and spiritual aspects of an ecosystem are clubbed under cultural services.

There are various methods including formulas to evaluate these aspects. “Provisioning services are the easiest to assess as there are market values attached to them. For instance, the value of fisheries can be derived from the selling price. Use of water, on the other hand, will depend on whether it’s being used at houses, for industries, irrigation or just for recreation,” says Dr Somnath Bandyopadhyay, associate professor, School of Ecology and Environment Studies, Nalanda University.

It’s difficult to calculate regulatory services. For instance, the value of a lake in flood control is estimated through a hypothesis of loss of property if a flood happens. Likewise, climate control benefits are calculated through ‘Avoided Cost’ method. Formulas are also available to calculate water recycling per square kilometre. Recreation value is generally assessed by calculating the expenditure tourists made to arrive at the place.

More problematic and contentious are the valuations of biodiversity and cultural aspects. “For this, a survey of stakeholders is conducted to know what value they attach to a certain ecological asset. But the context is also important,” says Dr Bandyopadhyay.

A 2007 study done by LEAD India uses five scenarios based on various estimates and frameworks to evaluate ecosystem services and forest governance in Uttarakhand.

It is believed that getting an economic value of ecosystem will help bolster sustainability purposes. This will help, for instance, to show that an existing forest is of higher economic value than a real estate project in its place. The growing field of ecosystem evaluation, however, is fraught with pitfalls that are difficult to avoid. 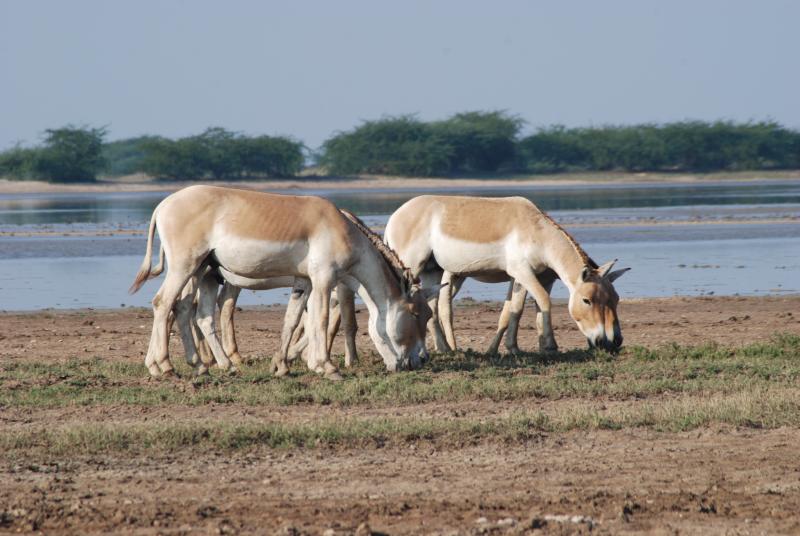 The increased focus on numbers may also lead to oversight of the sustainability factor. At the Little Rann of Kutch, for instance, salt production generates much higher economic value (Rs 694 million) than tourism (Rs 276 million) or biodiversity (Rs 136 million) but it’s also more damaging to the ecology.

“There is little scope for generating greater value from salt production without seriously disturbing the creek ecosystem as the modern extraction method involves the use of heavy pump sets. On the other hand, tourism will help conserve biodiversity because most tourists come for the birds but they have less economic values and hence lesser attention,” says Dr Bandyopadhyay who was the co-investigator in a study done to evaluate the ecosystem services of the region.

Focus on sustainability and long-term revenue gain may help deal with such discrepancies. “Any valuation has to go beyond the absolute numbers. Here ecotourism will bring greater value in the long run and hence should be promoted over industrial salt production which is impacting the hydrology and hence is in direct conflict with the biodiversity. On the other hand, traditional salt production is seasonal, less resource intensive and hence more sustainable,” says Dr Bandyopadhyay.

The issue of evaluation of intangibles like spiritual aspect is a tough nut to crack. “Niyamgiri hills in Odisha are invaluable for the local tribes who consider these to be the abode of their deity. A few outsiders can’t put a price tag on that. So, we have to see where such studies are valid and where they lose the legitimacy,” says social activist Madhu Sarin. Dr Bandyopadhyay, however, feels putting an infinite value to an ecosystem, as in the case of spiritual aspect, is like giving it a zero value.

Another issue can be with the design of valuation study. The ecosystem is not a static thing. It changes with time and with human interaction. It’s also possible that the valuation studies may go the way of environment impact assessments which tend to overlook important ecological aspects to favour development projects. Lack of information on food webs or nutrient cycles can thus serve as a ready excuse for undervaluation of an ecosystem.

But can these be valid reasons for not doing the valuation at all? We know that ecosystems are grossly undervalued currently. Maybe it’s time to do the maths well and use it in policy decisions but also keep it in mind that nature is way beyond numbers and formulas.

This write-up is a result of proceedings at the 2nd International Dialogue on Himalayan Ecology organised by Dialogue Highway and Department of Environmental Studies, Panjab University, on January 28-29, 2017.