Makarand Purohit
26 Apr, 2018 . 4 mins read
While the three anicuts on the Mahanadi are hampering its free flow, another one is being planned by the government.

Gopal Nishad, a fisherman in his early 40s, is frustrated that there is hardly any fish left in the Mahanadi’s basin at Pitaibandh due to the lack of water in the basin. This basin is located near Rajim-Nawapara in Chhattisgarh, the proposed site for the fourth anicut on the Mahanadi. He reminisces the good old days when he, along with his brother, used to catch plenty of fish from the Mahanadi.

He is upset about the river’s current situation and blames the state government for it. The flow of the river has been adversely affected by the three anicuts built around a 15-km radius of Rajim-Nawapara in the river basin.

Anicuts are small weirs built to divert water from rivers into canals dug on their banks. They are built to provide water for a whole lot of things including irrigation, groundwater recharge, arresting soil erosion and reducing flood peaks.

Rajim-Nawapara is a religious place where the Mahanadi, Sondur and Pairi rivers confluence. The state government has been organising a kumbh mela here since 2006. As per the residents of Rajim, the anicuts on the Mahanadi have mainly been built to store water for the Rajim kumbh extravaganza. They believe that there are political motives behind building them and that three anicuts within 15 km of Rajim-Nawapara make no sense scientifically.

The Mahanadi is the lifeline for more than one lakh residents of not only Rajim and Nawapara, the twin cities bordering Gariyaband and Raipur districts of Chhattisgarh, but also of the villages on the periphery like Lakna, Pitaibandh, Ravad and Navagaon.

The residents say that none of the objectives of building anicuts was fulfilled by the state government. Instead of having an impact assessment study of these existing three anicuts, the government have proposed to build one more anicut at Pitaibandh that will further hamper the basin and the livelihoods of people.

They have also been opposing and questioning the kumbh mela because the mela and the pilgrims it attracts affect their lives adversely. “Around 5000 people in Rajim were diagnosed with jaundice and other water-borne diseases in 2015. The water quality is deteriorating every year. People in the area are not even getting treated water for drinking,” says Ajay Jain, a resident.

Recent studies from the Western Ghats show that small dams markedly reduce the diversity of fish communities in rivers. Moreover, it’s the ecologically sensitive or specialised species such as endemic and migratory fish that tend to be most strongly hit. Ecological changes to the river and forest impact local human communities as well, especially those whose livelihoods depend on the river. Fish catches decline, local irrigation cycles and water mills are disrupted, water-use rights and access to the landscapes become restricted and drinking water sources are compromised.

“It is becoming tough for the fishing community to sustain after the anicuts were built on the Mahanadi. You will be surprised to know that in the last 15 years, the government has erected three anicuts around 15 km of Rajim-Nawapara without doing any study. The three anicuts on the river have reduced the flow of the river and its availability for fish to sustain. Out of the 500 fishermen households that were involved in fishing, only eight or 10 households are catching fish now,” says Rajuram Nishad, a senior fisherman in Pitaibandh.

The lack of water has affected farming, too. The government, in its letter to the divisional commissioners, have asked them to discourage farmers from going for summer paddy due to shortage of water. The water stored in these anicuts is also not enough to sustain the agricultural needs of farmers in these areas. As per the farmers of Ravad, Pitaibandh and Navagao, there were more than 500 farmers that were directly dependent on Mahanadi for agriculture. “Almost 400 farmers have left the agriculture profession since 2006 because of the lack of water availability in the region. They are now working as labourers for sustenance,” says Raju Nishad, a farmer and a resident of Ravad.

These residents do not see any visible action from the state government to improve their drinking water condition and are concerned about the declining groundwater table. They feel the need to decommission anicuts and ban festivals like kumbh mela on the river bank.

Here is a photo essay that would provide a glimpse of the dilapidated state of the Mahanadi and its basin. 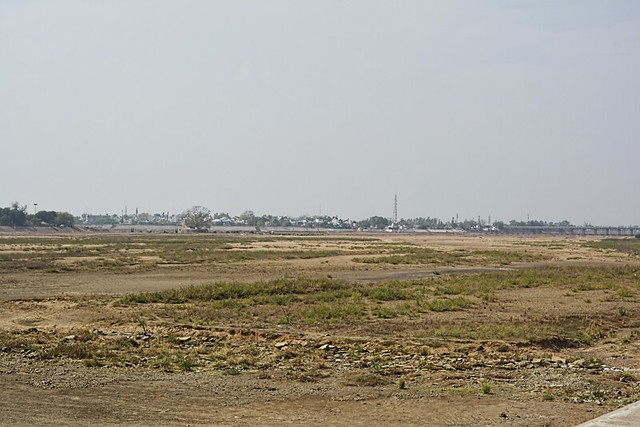 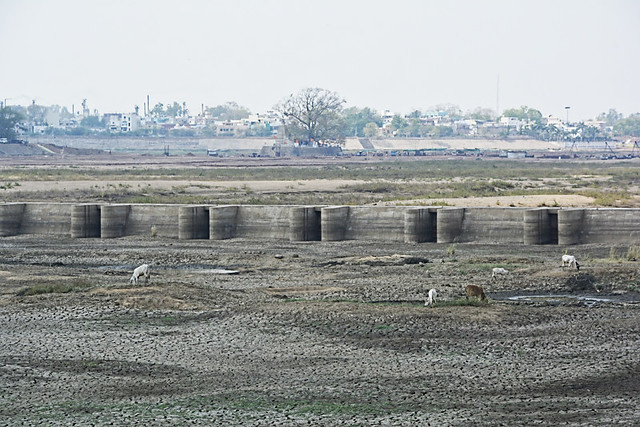 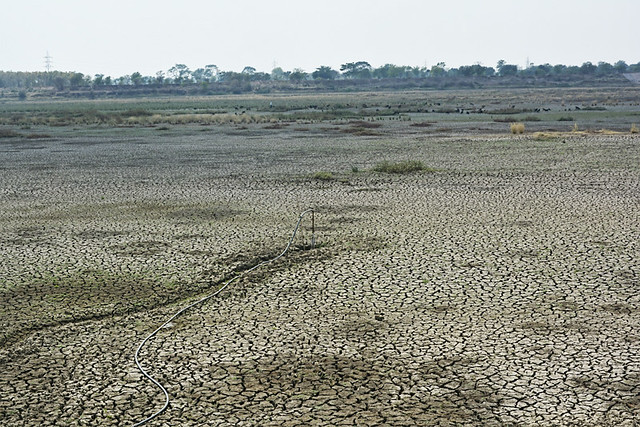 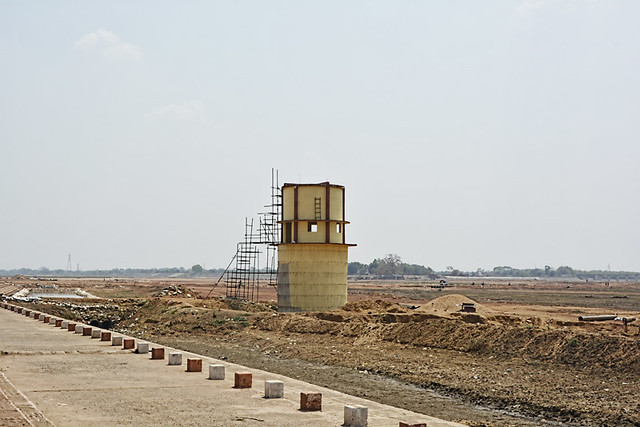 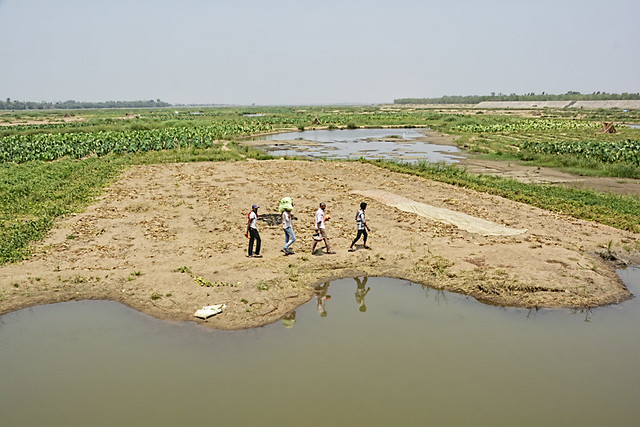 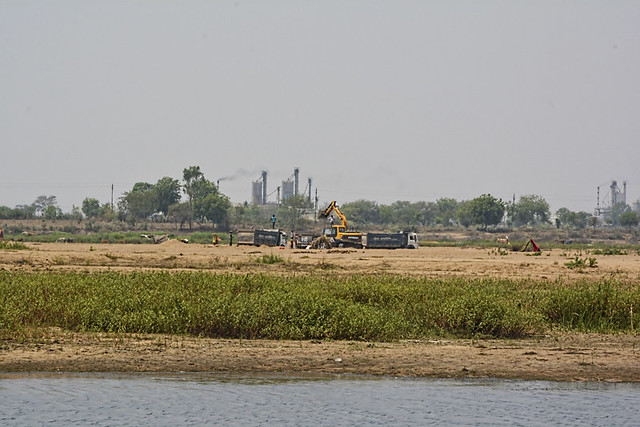 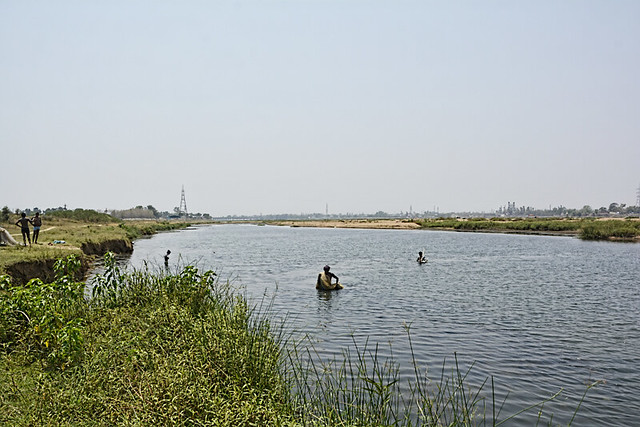