No water, no power - no problem!

Sea Line Co-operative Society, is a residential complex with 25 apartments in Bandra-a suburb in Mumbai. The 70 residents required 6000 kilolitres (KL) water per year but they managed to procure just about 5000 KL while paying through their noses - Rs. 20,000 per month, to be exact. Understanding that the current solution wasn't really one, Navin Chandra, secretary of the co-operative society, decided to explore some other options for water security. 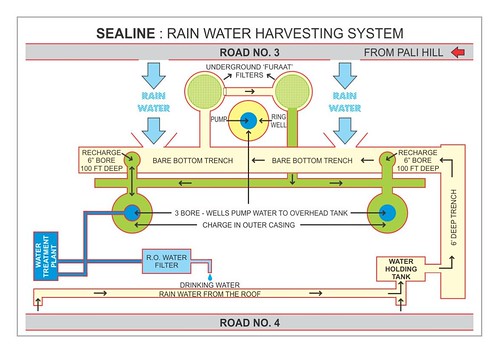 He wanted to implement a system that could fulfill the water needs of the apartment entirely. He valued the society's assets and realized that in a plot of 700 sq mtrs with a terrace area at 220 sq mtrs, all he needed to do was to catch every drop of rain that fell. Harvesting this rainwater alone meant that he could get as much as 5 lakh liters of water every month! After more thought to this, he came up with a plan to catch every drop. 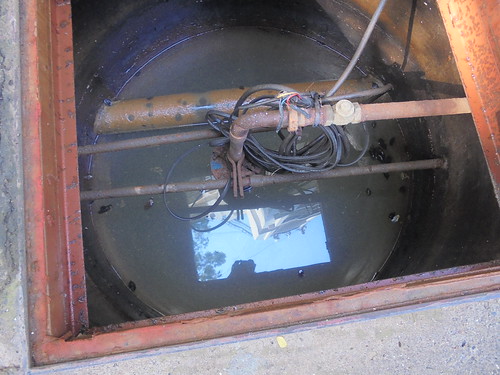 The system costing Rs. 6.5 lakhs is designed in order to capitalize maximum space available to them. There are two filters in the system, which are well maintained in order to make it sustainable. In order to obtain the maximum recharge, the trenches that are built are layered with sand and pebbles so that they not only capture more below but also capture any more water that runs off from the slope above. From this filter, the water is then treated at their water treatment plant that they have installed in the complex.

There is an additional RO filter added in to ensure that water is of good drinking quality. Unfiltered borewell water is used for all other domestic purposes. One separate component are the two tanks on the roof tops that cater to only flush water in toilets. 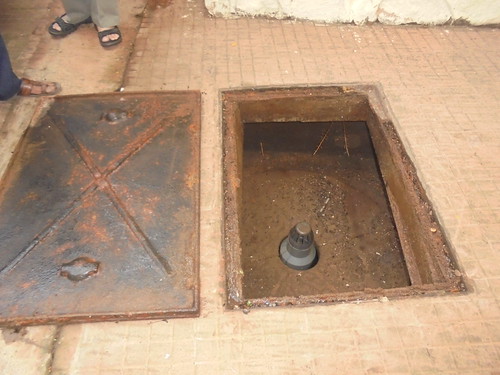 So now when it rains heavily, they face the reverse problem- they have too much water so, they pump out water into the  nearby drain. This system has managed to recharge their groundwater to such an extent that water is now seen at a depth of just 4 feet from the ground!

Do people understand the importance of it? Navin Chandra says, "Yes. They do but when they don't, it only means people who understand this system must explain as many times as required to get others to get the importance of such systems".  When their neighbours went on to complain that there was water shortage, Sea Line promptly played the friendly neighbour and lent them some!

Sea Line has also taken some steps towards being self-sufficient for electricity. They have two different sets of solar panels- one for just boiling water and the other, to generate electricity for the common spaces in the building. 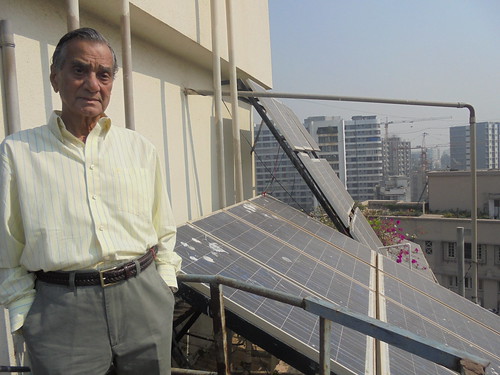 With an investment of Rs.10 lakhs on the two solar panels, they have today managed to be partially independent of their energy needs. The energy produced from the solar panel powers the common spaces such as the office and corridors. While others in the neighbourhood are not prepared to deal with the water and energy crisis tomorrow, Sea Line Co-operative Society is far ahead of its time.

The investments of Rs. 16.5 lakhs in both the water and solar energy systems have already paid off in less than 3 years. In addition to this, the society segregates its waste at source and composts its wet waste. They now reach out to people who need help in setting up similar systems. They are also part of UPRA- Union Park Residents Association and work along with the Brihanmumbai Municipal Corporation to try and set up such systems in other parts of Mumbai.