A street in the city of Poonah [Pune] in 1871 (Image: Lester John Frederick, Wikimedia Commons)

Drinking water programs in India treat urban and rural areas separately, generally neglecting the special characteristics of settlements referred to as peri-urban – those on the outskirts or peripheries of urban areas, or “rurban” settlements i.e. rural areas with urban facilities.

A study - ‘Visualizing peri-urban and rurban water conditions in Pune district’ shows how the historiography (the writing of history) of peri-urban areas acquired negative connotations of poor water and sanitation services, while rurban places have come to be associated with positive, well-disciplined conditions.

The study combines historiography, field research, and village-level mapping of demographic, water and sanitation variables in the Census settlements of Pune district in Maharashtra. Of the 1,919 settlements, 35 are towns and 23 are villages that have no Census data, leaving 1861 villages as the domain of this study. The study demonstrates an approach that links field research with GIS mapping to help clarify peri-urban and rurban water conditions and needs in Pune district.

Previous research on drinking water programs has typically taken two paths - one that generates rigorous qualitative case studies that criticize neoliberal policies and another that employs larger scale quantitative methods to advance neoliberal policy reforms. This paper adopts a hybrid pragmatic approach to visualize the strengths and weaknesses of water and sanitation services in urbanizing rural areas of Pune district. It re-assesses demographic definitions of the rural-urban dichotomy in India, the distance-based criteria used in Maharashtra, and Census of India water and sanitation data.

The authors point out that while water supply has improved in some rurban areas, sanitation and drainage problems have not kept up.

A second pattern of deficiency was also observed in transitional towns with populations of 5,000 people.

Annually updated water and sanitation datasets at the national and state levels will make this pragmatic combination of GIS mapping and field research valuable for visualizing peri-urban and rurban conditions at the district scale of water governance and planning in India.

While much lamented, the rural-urban dichotomy has deep administrative, financial, and territorial roots that have constrained the development of effective water programs for hybrid settlements. Various concepts strive to bridge the rural-urban divide. In terms of theory-building, the authors follow Friedmann’s (2016) view of peri-urban research as middle level grounded theory. There is growing recognition of middle landscapes between urban and rural that are extraordinarily dynamic and only “partially disciplined” in the language of this special issue.

Peri-urban areas are widely perceived as amorphous undisciplined places fraught with congestion, pollution, and water and sanitation problems. Rurban areas, by contrast, are increasingly regarded in positive terms as rural places that have urban amenities. 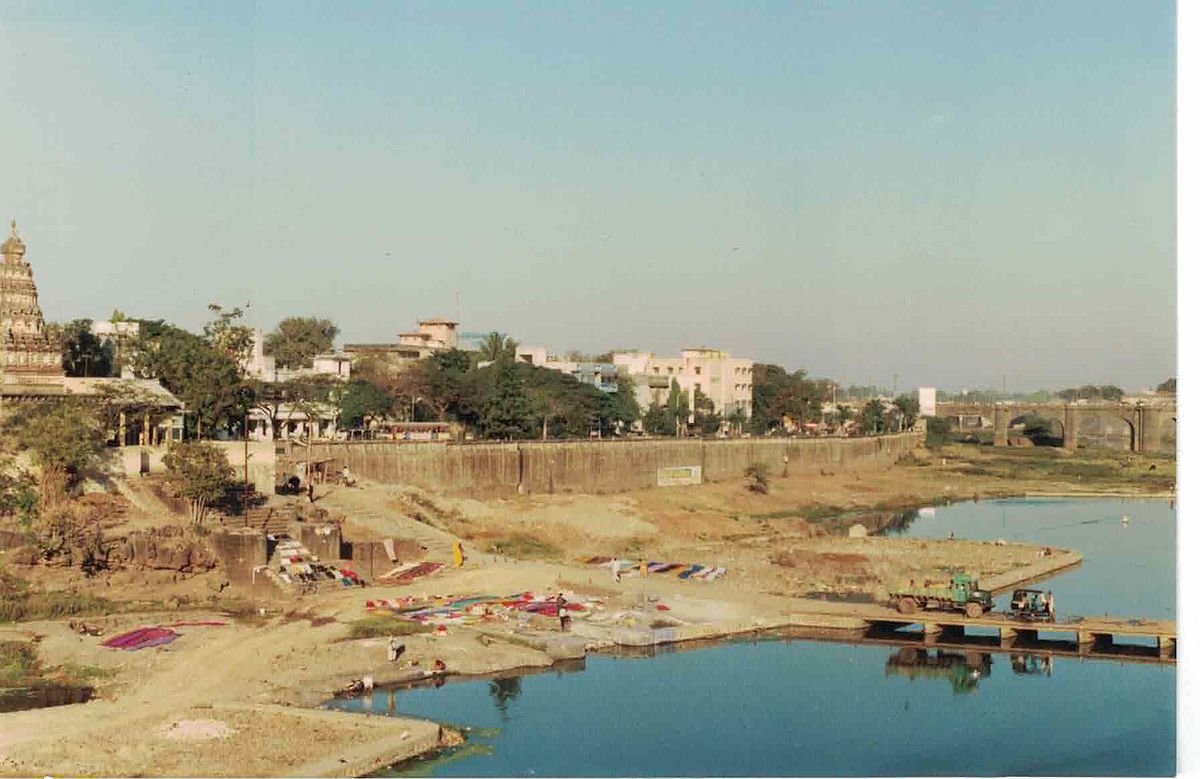 Pune’s identity with respect to water goes much beyond these administrative characteristics. In historical terms, it was the capital of Maratha rule and culture from the late 17th to the early 19th centuries, located at the junction (sangam) of two rivers. During Peshwa and colonial periods, it was renowned as an administrative and educational center of the Bombay Presidency. From the 20th century onwards, Pune district has witnessed the development of agricultural irrigation cooperatives, manufacturing, and information technology industries – all of which are strong urbanizing factors.

Major types of peri-urban and rurban development in Pune district

Reconnaissance field research, Census analysis, and village interviews led to the identification of four major processes of peri-urban growth. Traditionally, peri-urban growth is associated with the boundaries of very large cities, and that is the case with the Pune Municipal Corporation, which annexed eleven villages, including one of the peri-urban case study villages, in July 2017. However, a transect analysis along highways, together with village interviews and mapping revealed that peri-urbanization can emerge far away from a large city or urban metropolis, influenced by other local stimuli, including the driving forces discussed below.

Finally, cities with over a million in population have transformative effects on nearby settlements. Some villages seek to be annexed by the city, as their growth stresses cannot be accommodated by rural schemes. For example, Pharsungi village sits on the periphery of Pune city and has a staggeringly large population of over 50,000. Gram panchayat members expressed a desire to be part of the Pune Municipal Corporation to access funds for improved infrastructure, such as piped water schemes, and relief from urban waste disposal. Peri-urban villages like Pharsungi often become a megacity’s “dump sites”. Despite having similar growth trends and settlement sizes, these peri-urban villages experience sharp water and sanitation disparities from their municipal counterparts.

The study developed a peri-urban and rurban water and sanitation index and planning maps - a Drinking Water and Sanitation Index and a Dire Conditions Index.

The study showed that peri-urbanization is more spatially extensive than is generally perceived. It surrounds small towns, highways, and industrial areas, as well as large cities like Pune. It identified connections between settlement size and specific water supply and sanitation variables. Large peri-urban villages tend to have greater, not fewer, drinking water and sanitation amenities than small villages, but they are no different in drainage infrastructure, and thus their overall sanitation conditions are likely worse. Census data indicated low levels of service in towns of around 5000 population. Towns that fall between urban and rural categories do not appear to be well served by either.

This research showed that in addition to the district Zilla Parishads, various governing entities are responsible for supporting village water and sanitation improvement. Villagers near an MIDC zone often expressed an expectation for support from MIDC facilities. Highways too shape peri-urban growth and conditions. The intersecting nature of these peri-urban zones will require higher levels of coordination among government entities in the future.

Local officials and villagers mentioned that maps are the most valuable medium for visualizing and communicating water supply and sanitation conditions.The challenges of visualizing undisciplined peri-urban environments did not come as a surprise and one is left with questions about what peri-urban conditions really are and how they are actually experienced at a scale of 1,861 villages. The parallel challenge of visualizing the more disciplined situation in rurban villages warrants additional research.