Water is more than a job for them

"A job isn’t just a job. It’s who you are". That quote seems to define the five people who are being honoured for their extraordinary dedication in ensuring water to the people in Nagaon and the newly declared Hojai district of Assam. What better way to celebrate the theme of World Water Day 2016, ‘Water and Jobs’, than by recognising the work of those grassroots workers who toil day in and out, thanklessly in their jobs or otherwise to make sure someone else’s pot doesn’t run dry.  Who thought about it and how the whole idea unfolded is in itself an interesting story, but that will come in a bit. Let's begin with the stars of the show--the awardees.

Three of the awardees--Bubul Saikia, Bijbal Sarma and Lakheswar Bora--are grassroot workers of Nagaon’s urban water supply looked after by the Public Health Engineering Department (PHED), and have been selected because of their long association with the PHED. But that does not downplay the value they have added. The other two awardees are Mahmuda Begum, a social worker, and Basanta Saloi, a pump operator, both from the fluoride affected Tapatjuri village in Hojai district. Each of them has a unique journey to share. 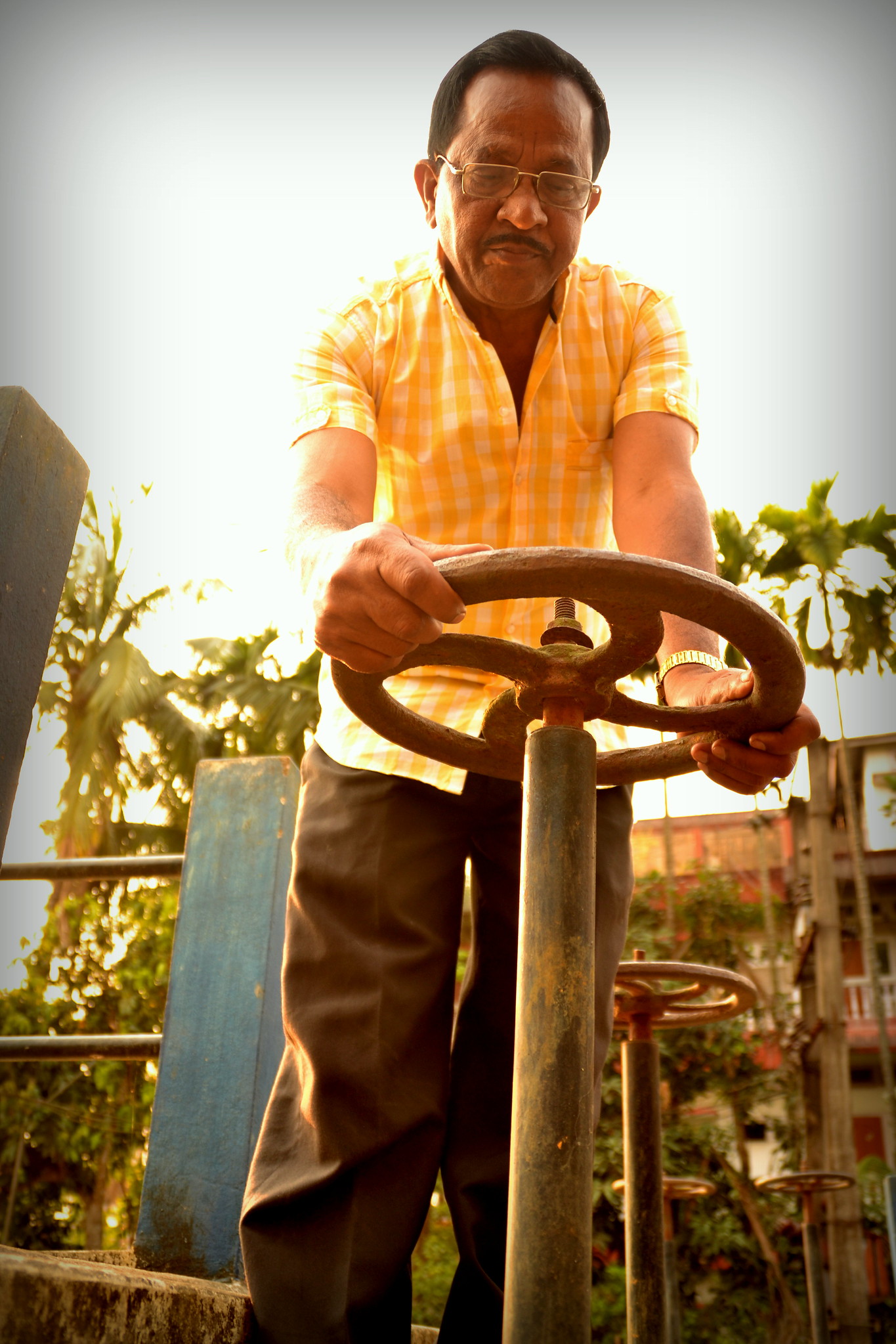 While Bubul Saikia is a pump operator, he really is a jack-of-all trades. He joined in 1976 in Guwahati and was then posted in Nagaon. For about 40 years, he has been tirelessly tending to the mundane job of operating the pump every morning and evening but he finds ways to stay interested. He loves to indulge in any work he can lay his hands on, a habit that has also landed him in trouble! A few years ago, he met with a serious, unfortunate accident while shifting pumps in the dark, which was not his job. He almost ripped apart his throat with a pipe and barely survived. But that is no deterrant to this unassuming man, who still cannot resist himself when he sees some task undone and jumps into it without a second thought. “I can’t help it, I love my job,” says a beaming Bubul. His fighter spirit speaks of resilience and undying passion for his work.

Lakheswar Bora’s entry into this sector as Sectional Assistant could well be serendipity. As a child, his family got its water from the tubewell in the village and often had stomach ailments. When he moved to the town, he realised that the water could be contaminated, and felt the need to do something. That is when his interest in water grew. Much later, he got a job at the PHED. 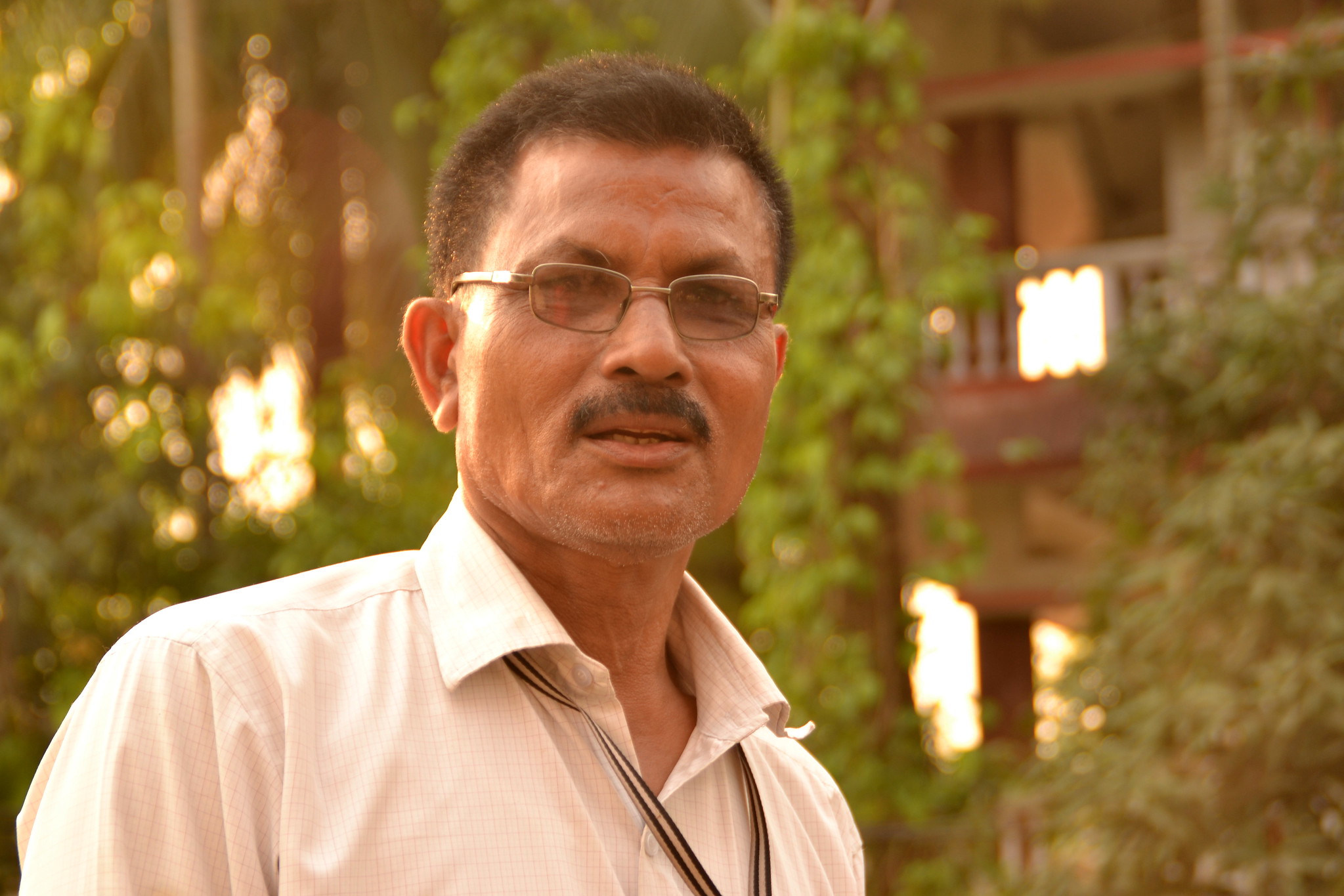 Lakheswar has seen changes in his working environment. His job is to supervise those in plumbing, pump operations and others. Since he joined the department in 1980, the nature of his work has remained the same but today he faces more complaints as the town’s water supply has not being able to keep up with the growing population. Lakheswar empathises in such situations but feels helpless due to institutional limitations. He is happy with whatever he has been able to do for the people with his work and wishes to stay connected to the water sector in some way or the other after his retirement. which is to happen shortly. “When people are satisfied, that gives me satisfaction”, he says. 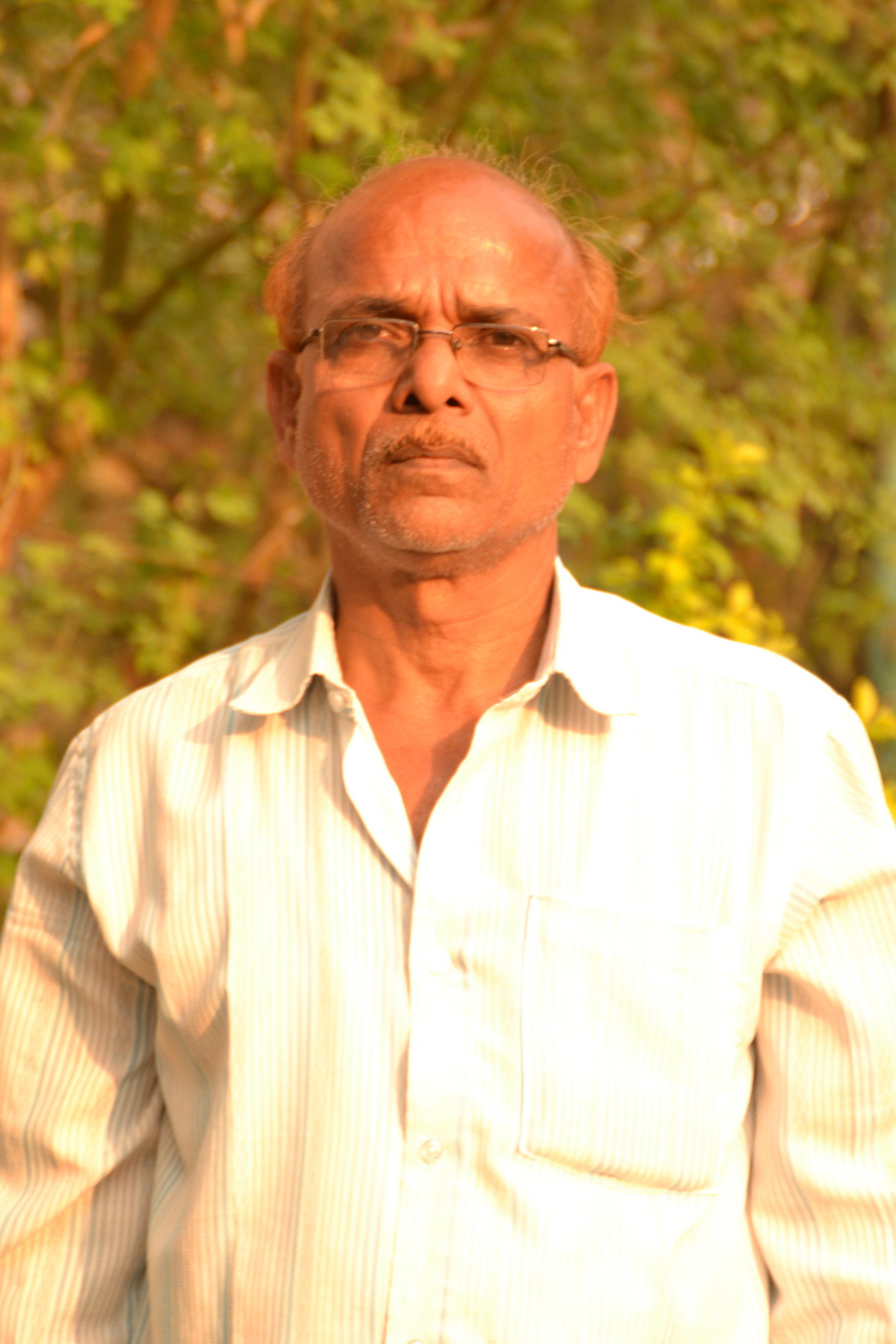 Bijbal Sarma, plumber under the Department at the Nagaon Division since 1983, seems to be the most domineering of the lot. Earlier, he worked with contractors until he was discovered by a senior official at PHED for his wide knowledge and perfect skills at plumbing. He was immediately offered a plumber’s position but he was apprehensive and wanted to continue his contractual work. After 2 weeks, he was chased and handed over the appointment letter and asked to join the following day. And what did he say? He said okay but refused to show up the next day as he wanted to watch a movie!

His brimming confidence and tenacious attitude is visible as he speaks. One of the most satisfying things in his work life is his ability to finish his work related to water supply at a disturbed area in Nagaon district where he even had a close encounter with a few militants in the dark. “The terrain as well as the situation was very challenging, and so I feel proud to have been able to complete the work”, he says. 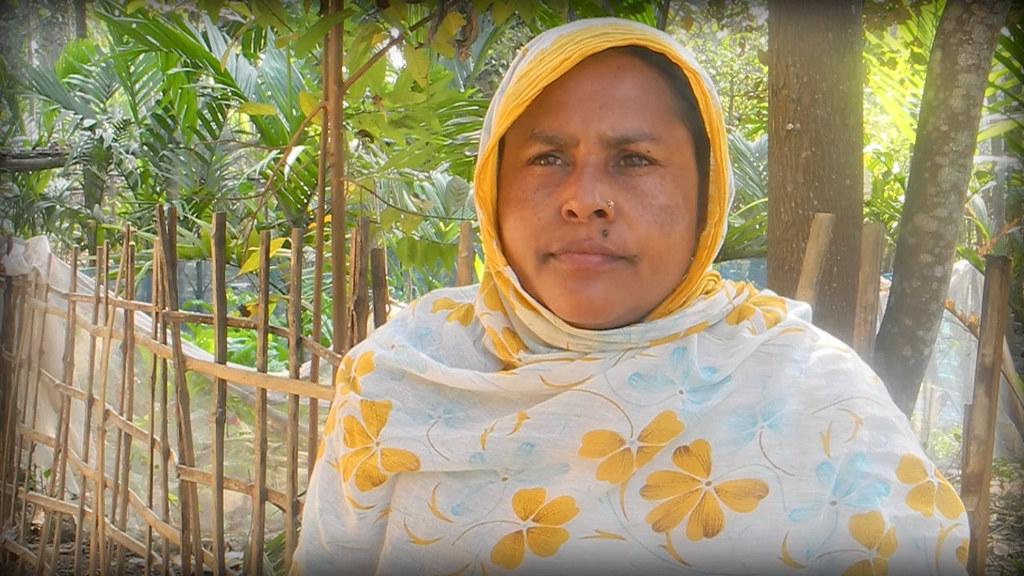 Work is worship for Mahmuda Begum. Cliched as it may sound, it holds true for this spirited woman in Tapatjuri village of Hojai district, Assam. She was born in the same village and was married into another but came back with her family to Tapatjuri in the year 2000. But she found that the village was no longer what it used to be. With fluoride at dangerous limits in the groundwater, most people in the village including her grandson had stained teeth and creaky bones and could hardly stand. She was so pained by the plight of the people that she decided to take the initiative and approach people at the health and other government departments to seek help.

That brought a breath of fresh air into people’s lives. Since then she has been educating herself about fluoride and how it can be prevented through proper nutrition, and she also walks the extra mile talking to people and sharing her knowledge. She has also started a Madrassa and has about 140 students. Apart from this, she is associated with various social causes besides being a mother of 4 and keeps going the extra mile to serve the people of her village.

“When I go to people, they look at me with so much hope, as if they will get cured of their condition--that is very heartening”, she adds humbly. When asked what motivates her, she shares with a lump in her throat, “How can I not be touched by seeing children suffer. They are like my own”. With alternate water being supplied by the government since 2009, the situation is slowly but steadily improving and Mahmuda is elated to see little children recovering. 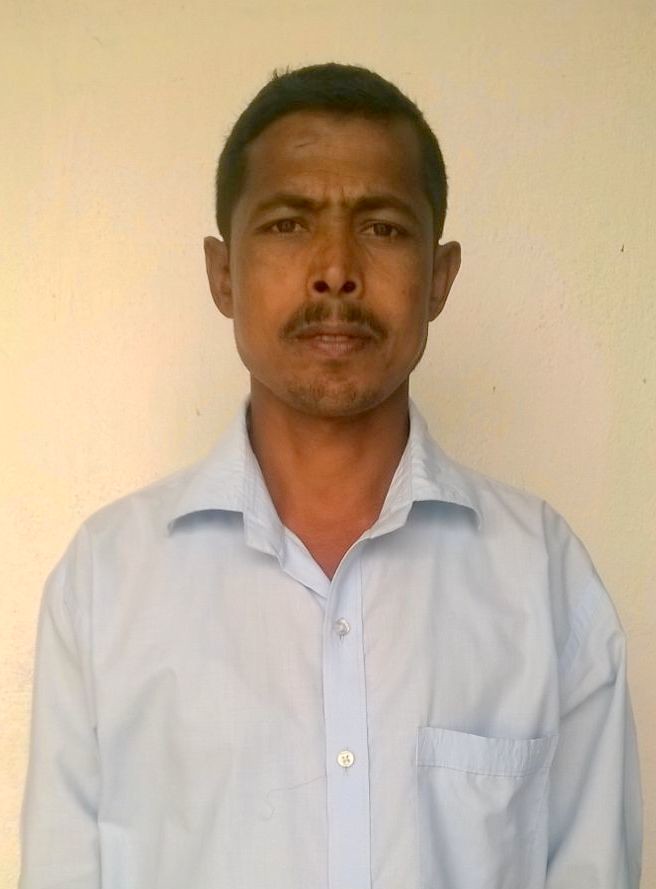 Tapatjuri village has another hero--one who is shouldering the massive responsibility of supplying alternate water to the people of fluoride affected areas. He is Basanta Saloi, a pump operator at the PHED, Hojai Division and looks after the supply of two water supply schemes, Urdhagaon and Dikharumukh. With little help, he takes care of the every-evening storage of water, every morning and afternoon release, and treatment and purification of the water. He also goes around the villages under the supply scheme for leak checks and repairs every day.

“Giving people water is my first duty and I ensure that I do it by all means”, says Saloi. The two schemes have been able to bring hope to scores of people affected by dental and skeletal fluorosis in the area. 49 year old Saloi has been living in Tapatjuri for the last 27 years and has seen the gradual, silent creeping in of fluorosis into the village. For years the people suffered; it was getting bleak until the Urdhagaon water supply scheme came in 2007. With such a huge responsibility on him, Saloi feels a tad pressurised at times but the satisfaction of being of service to his people outweighs everything else. “The way people regard me as their own and value my contribution is the most satisfying part of my job. That is what keeps me going”, he adds.

The five awardees are being felicitated on March 22 at Haibargaon High School, Nagaon where they will share their experiences and learning about their job with young students. Not only are the awardees self-driven, but divulging of this idea into a programme is also a labour of love--of people who decided to work outside their roles to make this happen. Nripendra Sarma, Assistant Executive Engineer at PHED, Nagaon Division has gone out of his way and out of his duties to bring this idea to fruition.

“When a water supply scheme works well, the appreciation and awards always go to the top officials and engineers. Nobody recognises these grassroots workers who actually make it happen,” says a thoughtful Sarma. He is as passionate as the awardees about water if not more and seeks to do his bit even if it means going the extra mile. He feels that there is much more to do than what his duty entails. He ponders that the Nagaon Urban water supply is not in the best of shape. The reason is that urban water supply is not PHED’s mandate but it has to take it up because no one else is.

“It is the responsibility of the Municipal Corporation and the Urban Water Sewerage Board to provide water to the town areas, but because they do not take it up, PHED has to manage it”, says Sarma. The mandate of PHED was revised to rural areas in 2006 after which it is maintaining the town's water supply in a fire-fighting fashion but cannot take up any upgradation because it is working outside of its mandate. Basically, urban water supply in Nagaon today is no-one’s baby; PHED is playing the foster parent. “Either the responsibility should be given to PHED fully with funds and authority or should be taken away completely,” he adds.

Then again, there is Aparna Bhattacharjee, a school teacher who is so intrigued by the subject of water that she takes up any and every chance to get children involved in the same. She is also a member of Assam Science Society, Khagorijan branch, a co-organiser of this event. The efforts of people like Sarma and Bhattacharjee is creating a hopeful environment for the water sector in Assam. The Fluoride Knowledge and Action Network is also supporting the event to promote such outstanding people who are creating waves of change in a significant yet humble way.