Manu Moudgil
20 Sep, 2015 . 4 mins read
Taankas are trusted allies in the harsh weather of Rajasthan, but the focus is shifting now onto personal assets rather than community resources.

A taanka in the Thar desert

We were driving down the long desert road that runs parallel to the Indo-Pakistan border in Jaisalmer, Rajasthan. There was little else to see except the surrounding sand dunes and desert grass. That's where I saw a ‘taanka’--a raised platform with a small opening to fetch water from its womb--for the first time. “These are usually built by people for travellers like us,” said my companion Chattar Singh, who works with the locals on water conservation.

Taanka, also known as kund or kundi, is the simplest and most common water structure in Rajasthan. Its size depends on the geographical conditions and need, and it may either collect rainwater falling in its surroundings or just act as an underground storage tank. While ponds and stepwells store large amounts of water for universal use, taankas are smaller in size and offer immunity against the harsh desert elements. Its base and walls are fortified with lime to prevent seepage into the soil, and its cover prevents the strong sun from vaporising the water inside. It may have a domed top or a simple square platform with a window to fetch the water. 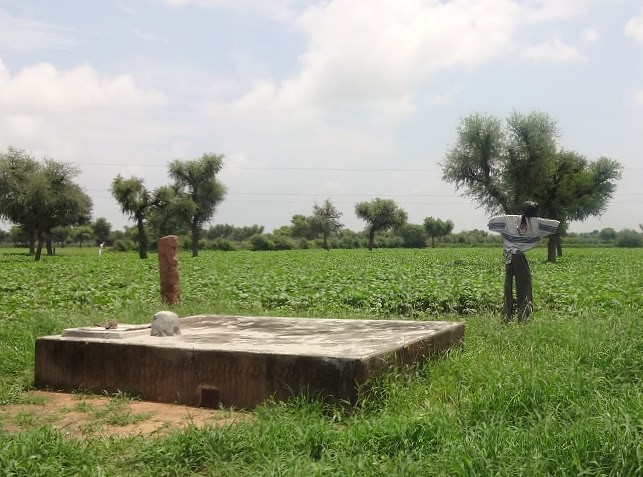 Even though many areas these days get piped water supply, taankas are still around. In Bikaner, people build taankas in their homes and connect them to their rooftops to collect rainwater. Traditionally, they were connected to a portion of the courtyard which was kept clean and segregated from daily activities. As mud houses gave way to structures made of locally-available rocks, people started connecting the rooftops to underground tanks thus implementing rooftop rainwater harvesting without any government subsidy programme or expert building designer.

“As in other cities, the Bikaner Municipal Corporation has made rainwater harvesting compulsory in new buildings but this is not something new to us. We have been doing the same without any regulations for so long”, says Dr Brajrattan Joshi who has authored books on water heritage in north Rajasthan. At homes, taankas are often built below the rooms to help keep temperatures down.

They are of utmost importance especially in areas affected by deep and brackish groundwater. Though government water schemes exist in these areas, the water is highly saline and is only used for washing purposes. For drinking, people depend on ponds and taankas. At the home of Girdhari Singh in Sirasana village of Nagaur district, the 9 foot deep taanka fills up in 4-5 days of intermittent rain during the monsoon. The water lasts six months after which the taanka is replenished with water brought by tankers from nearby ponds.

Care is taken to keep the taankas clean given what a precious resource they store. No one is allowed to wear or carry their shoes to the roof, which is also cleaned regularly during the monsoon. Most of the farms also have a taanka with a small cemented catchment area around it to collect rain water. “This water is either used while working in the fields or even used to replenish a domestic taanka”, Singh informs.

In his famous book 'Rajasthan Ki Rajat Boondein' (Radiant Raindrops of Rajasthan), Anupam Misra writes about the enormous taanka of Jaigarh fort in Jaipur which can hold 60 lakh gallons of water that was the lifeline of the royal family and the large army which resided inside the fort. Supported on 81 pillars, this taanka gets water from nearby mountains brought to it through a long canal. Today, however, community taankas are dwindling as society has become more individualistic. In fact, the stress on home-based taankas has also led to the poor maintenance of ponds. In Nagaur, those who can afford build taankas of 20-25,000 litres which last the whole year once filled by monsoon rains. 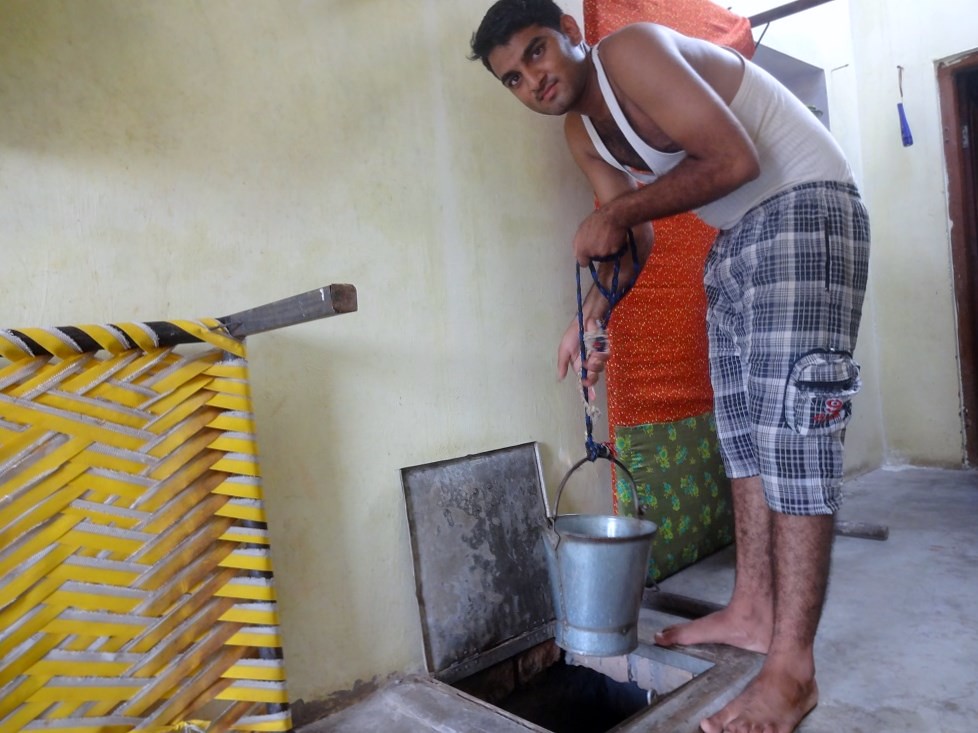 Government programmes have also promoted farm-based taankas but they are always secured by boundary fences and put under lock and key. These taankas also act as alternatives when domestic ones dry out. Thus, the dependence on common sources like ponds has reduced, resulting in negligent upkeep.

“Government schemes have also promoted construction on catchment areas of these ponds which not only reduces inflow but also leads to pollution due to increased human activity in this area thus making water unfit for consumption,” Singh asserts.

Another fad that is fast catching up is that of centralised filter plants using reverse osmosis (RO) technology in areas affected by saline groundwater. The allure of filtered water is such that people prefer it to the fresh rainwater stored in their taankas. “Those who can afford it are going in for filtered water but as more and more people shift to such alternatives, the poor suffer as they still have to depend on ponds which are not as well maintained as they were earlier”, says Chaggan Rao of Deegah village in Nagaur district, where an RO plant has been set up recently.

As we drove through the villages and fields of Nagaur, I noticed that several roadside taankas were in shambles. I could not help but pity future travellers who would be left untouched by the benevolence of our ancestors who made a big difference through small gestures.