Makarand Purohit
04 Jul, 2018 . 4 mins read
A temple trust revives an ancient stepwell, comes to the rescue of a water-starved village.

Long before piped water supply became the norm, groundwater got extracted for use and rivers neglected, stepwells served as a major source of water for people. Victoria Lautman, a senior journalist and a researcher on stepwells writes in an article on Indian stepwells that these water storage structures first appeared in India between the second and the fourth century AD “born of necessity in a capricious climate zone bone-dry for much of the year followed by torrential monsoon rains for many weeks”.

With the rise in piped water connections, the construction and maintenance of stepwells declined drastically. Estimates suggest that most stepwells around India are on the verge of extinction except for a few that have been maintained to attract tourists. However, people of a village in Madhya Pradesh seem to have understood the value of this ancient structure and have built one in a bid to end their water crisis.

Many villages in the Neemuch district in Madhya Pradesh remain dry for the most part of the year. Modi is one such village. The villagers, along with the Khedamata temple trust, a registered religious trust, took the initiative to construct a stepwell for drinking water for the people. 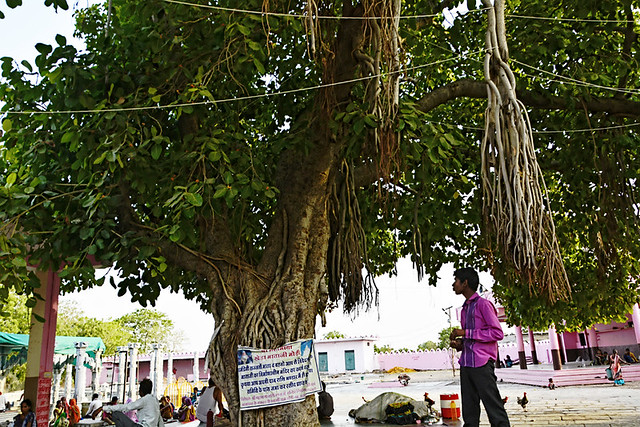 The ancient temple of Khedamata, dedicated to Khedamata goddess, is located 20 km away from Neemuch. The water in the temple stepwell is believed to have curative properties for paralysis and skin diseases which have been a huge draw for believers all over the country to visit the temple. The water in the stepwell has also tended to the needs of the villagers during water shortage. As per the villagers, the natural springs inside the stepwell have never gone dry.

The original size of the stepwell was very small. The trust tried to expand the stepwell thrice in the past but due to structural design issues, the attempts failed.

But the wait and the expenditure were worth it. Khedamata temple has become a significant tourist attraction now. The donation of the trust has also increased due to the increase in the number of visitors. The trust has constructed boundaries around the stepwell and has also made arrangements to pump, store, and supply water through public stand posts for free.

The square-shaped stepwell is 100 feet in length and 90-feet deep and is built with Rajasthan's Khodip stone, one of the best stones used for building stepwells because it does not absorb water. The design has also been modified, from circular to square, so there is more strength to the structure than before. The trust has constructed separate bathrooms for villagers for bathing because they felt that allowing people to go inside the stepwell for bathing and recreation may pollute the water. 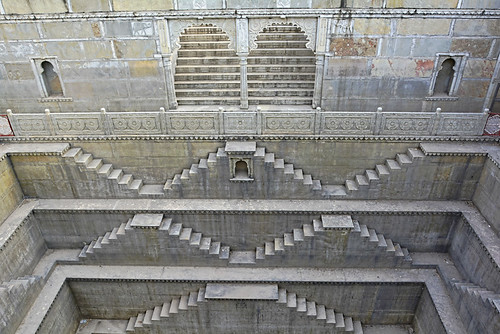 “Nowadays nobody is interested in investing in building stepwells. When the trust members contacted me for its construction, I was surprised. Though I’ve not constructed a stepwell before, I took it as a challenge and made it. Building stepwells in open spaces will help us manage our waters better by decentralising the water distribution system,” says Jagdish Kumawat, a known temple construction contractor from Chittorgarh and one of the artisans who built the stepwell.

What is remarkable is that the stepwell expansion and the water storage facilities have all been done without any help from the government. The villagers and the Khedamata temple trust members proudly say that the stepwell is the result of public participation and crowdfunding. The stepwell has also come as a boon to village women. “Earlier, we had to walk at least four to five km in summers to bring water. But with the revival of the stepwell, the struggle of village women in Modi has considerably reduced. If we can construct similar stepwells in each village, then the water crisis in the area may end permanently,” says Lakshmi Bai, a resident of Modi.