Well, as unique as this

Aarti Kelkar- Khambete
10 Apr, 2017 . 3 mins read
A stepwell in Maharashtra stands for the spectacular architecture of a time when the importance of water conservation was acknowledged and water was stored and used with ingenuity.

A view of the stepwell. (Source: India Water Portal)

The annual droughts in Maharashtra have put tremendous pressure on the available water resources in the state. While the government has not been able to provide adequate, potable water to people in both rural and urban areas, the need to explore other decentralised and localised means of harnessing and conserving water has only got more crucial with time [1].

History provides us with valuable lessons on how to manage and conserve water resources efficiently. Our ancestors had devised a number of techniques to do so and these efforts helped to meet the water needs of not just the people but the livestock and agriculture as well in areas where perennial rivers were absent and the population depended on rains and often faced water scarcity or droughts.

Stepwells are a peculiarity of the states of western India, especially the arid states of Gujarat and Rajasthan. These deep wells, built by the rulers of those times for civic, strategic or philanthropic reasons[2], have steps that reach the water level which make it easier for the people to access water and to maintain them.

The basic idea behind constructing stepwells, locally referred to as vav, vavadi, bawdi, bawri, baoli, and bavadi in Gujarat and Rajasthan [3], was to ensure year-round water supply even during the long dry spells the population had to face for most of the year [4].

Many of these stepwells are intricately carved and are looked upon even today as architectural marvels. They typically have beautiful arches, carved motifs and sometimes, even rooms for rest and recreation. They served many purposes depending on the location. For example, baolis within villages were mainly used for procuring water and for social gatherings while baolis located on trade routes often served as resting places. Stepwells used exclusively for agriculture had drainage systems that channelled water into the fields [2].

Many of these structures, however, are in a dilapidated state now, either ignored by communities and turned into garbage dumps or exploited for their stones or just left around to decay. Current systems of water distribution like taps and pipes have made them seem redundant [4].

Stepwells were also constructed in Maharashtra although they do not seem to be architecturally as elaborate as those found in Gujarat and Rajasthan due to the topography of the region. They are known as baravs in local language and were constructed to supply water perennially for irrigation [5].

A barav in Limb village near Satara in Maharashtra [5] serves as a good example of the ingenuity of our ancestors in constructing water storage structures that not only provided water for irrigation and served as resting places for travellers but was also a meeting place for strategic planning by the rulers of those times [6].

The well can be traced back to the times of the great Maratha ruler Chhatrapati Shahu Maharaj and was constructed around 1719 to 1724 by queen Virubaisaheb Bhosale (Loksatta, December 1, 2016). The well is octagonal in shape and is made to resemble a shiva linga from the top and is popularly known as Bara motachi vihir meaning a well with 12 lifting wheels. It is around 110 feet deep and 50 feet in circumference.

“Limb village, located on the banks of river Krishna, is on a higher elevation than the river. While drinking water was often procured from the river, the well was mainly to meet the irrigation needs as it was difficult to lift water from the river located at a lower level for the fields in the village. The water was used largely for the mango orchards around the area,” says Dr Sachin Joshi, an expert in archaeology and a researcher from Deccan College, Pune. 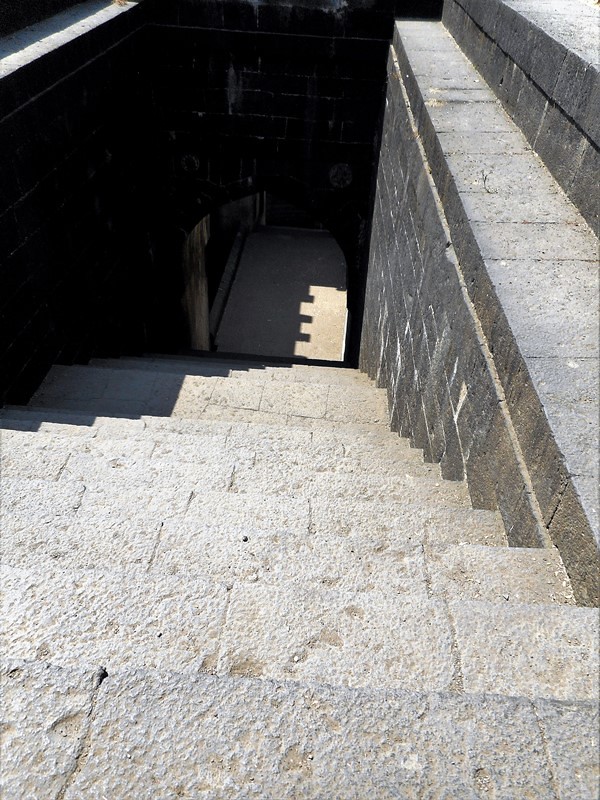 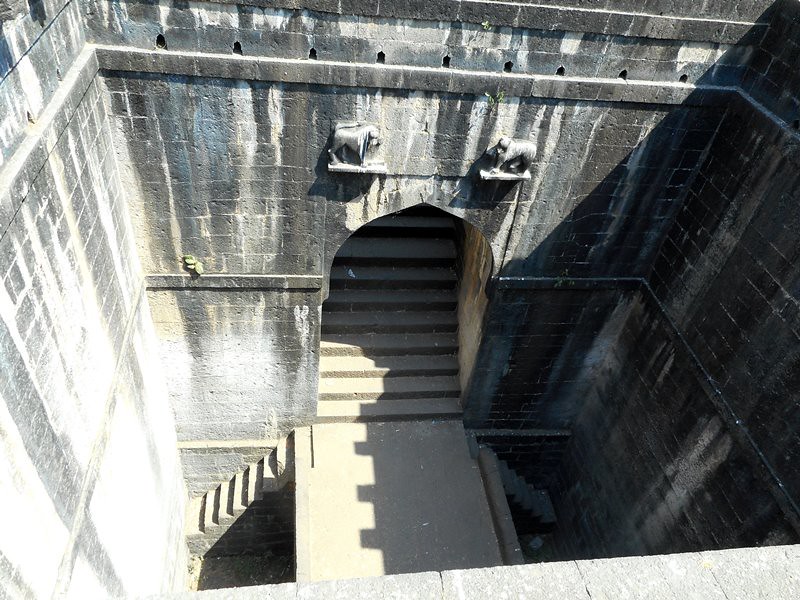 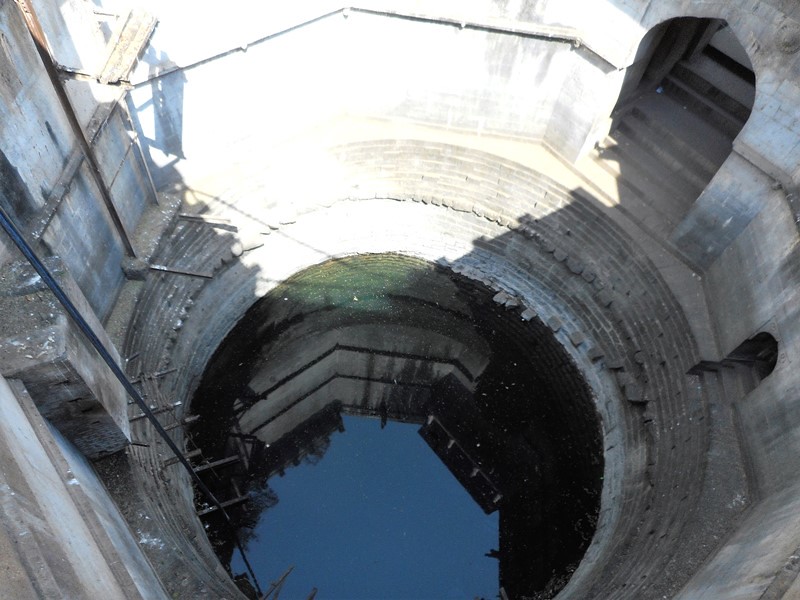 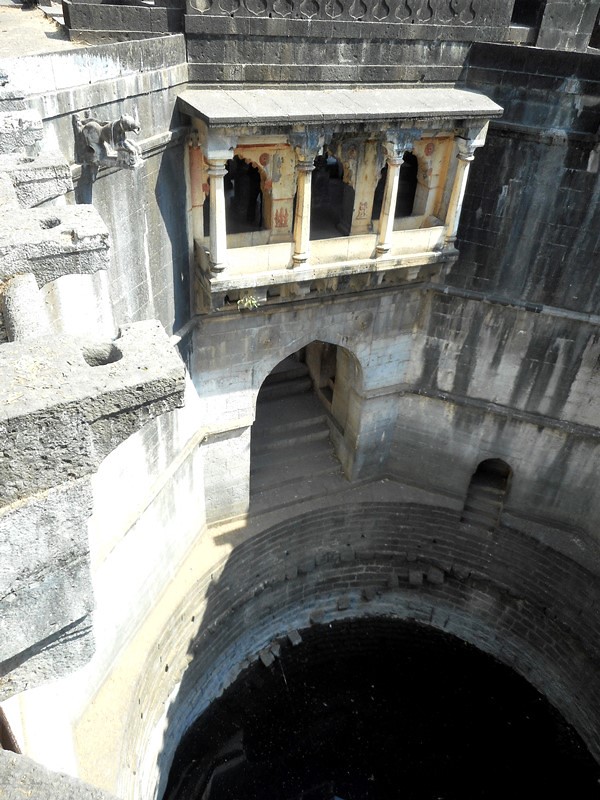 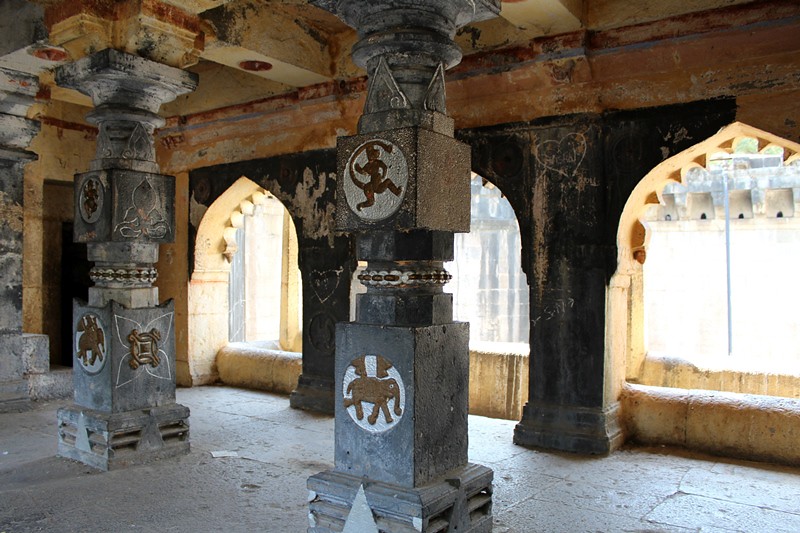 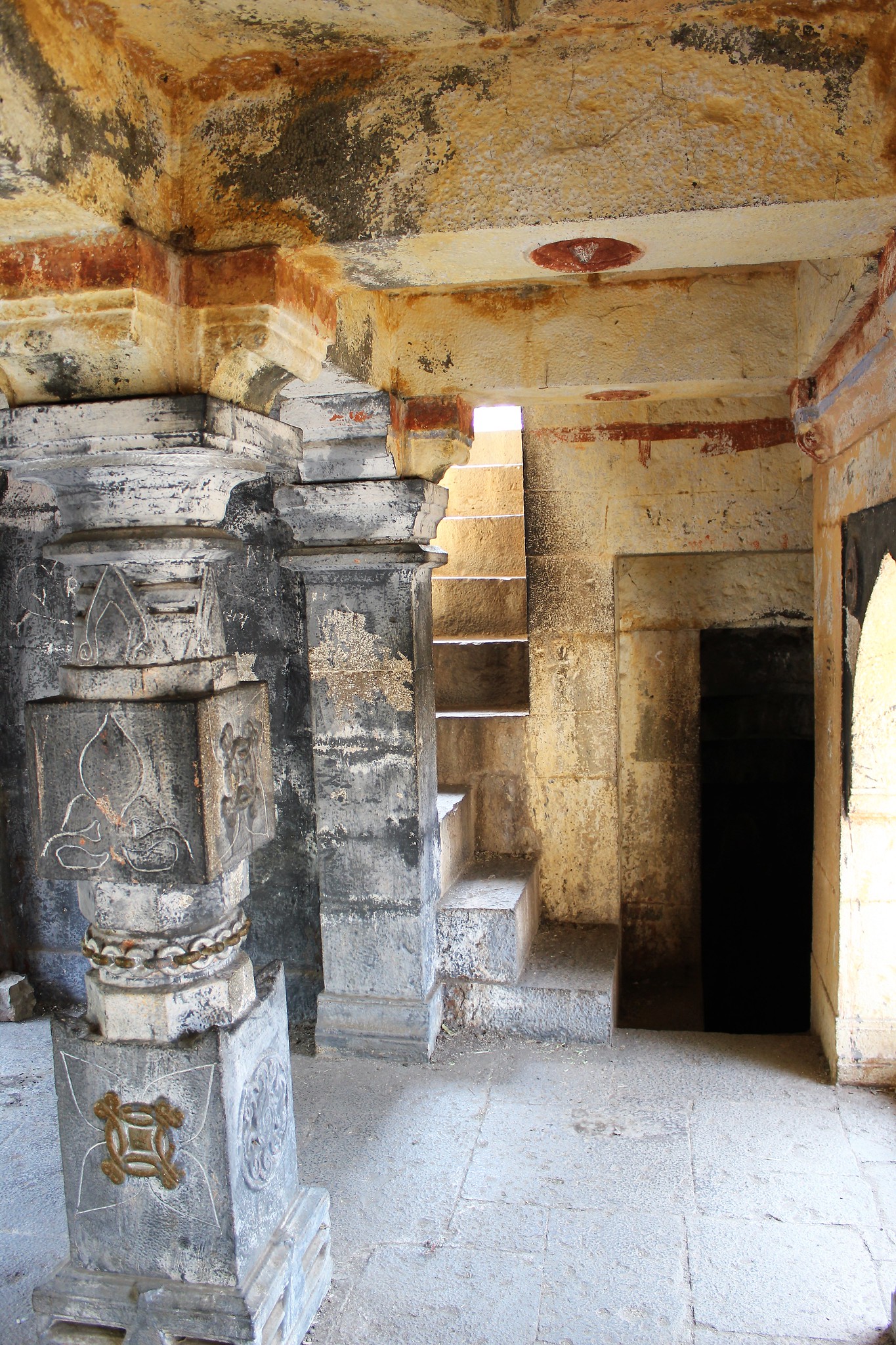 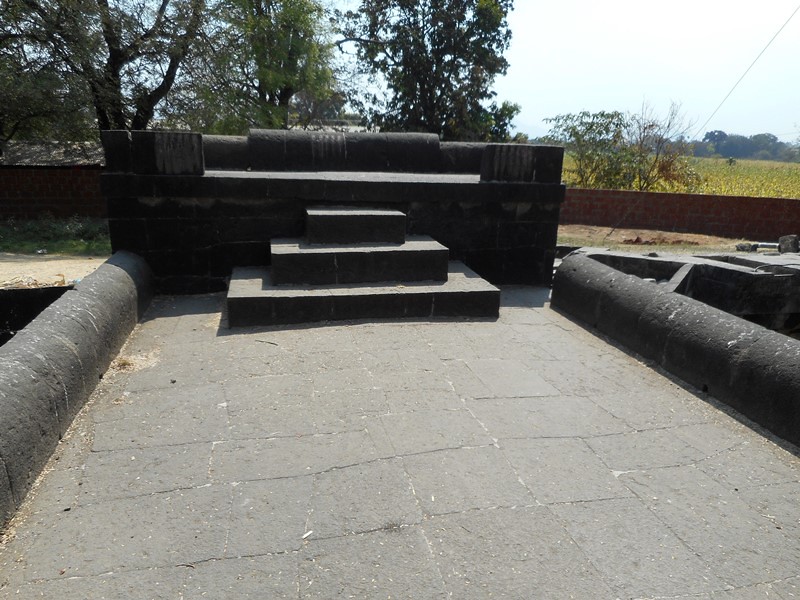 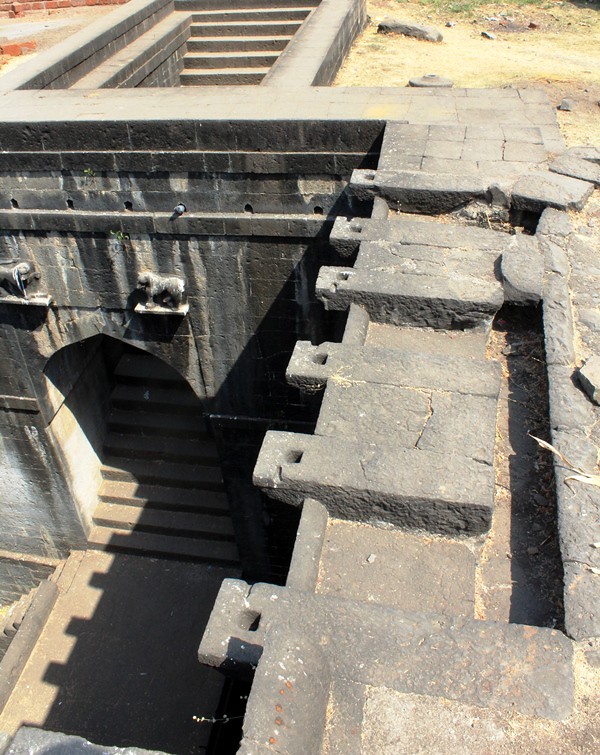 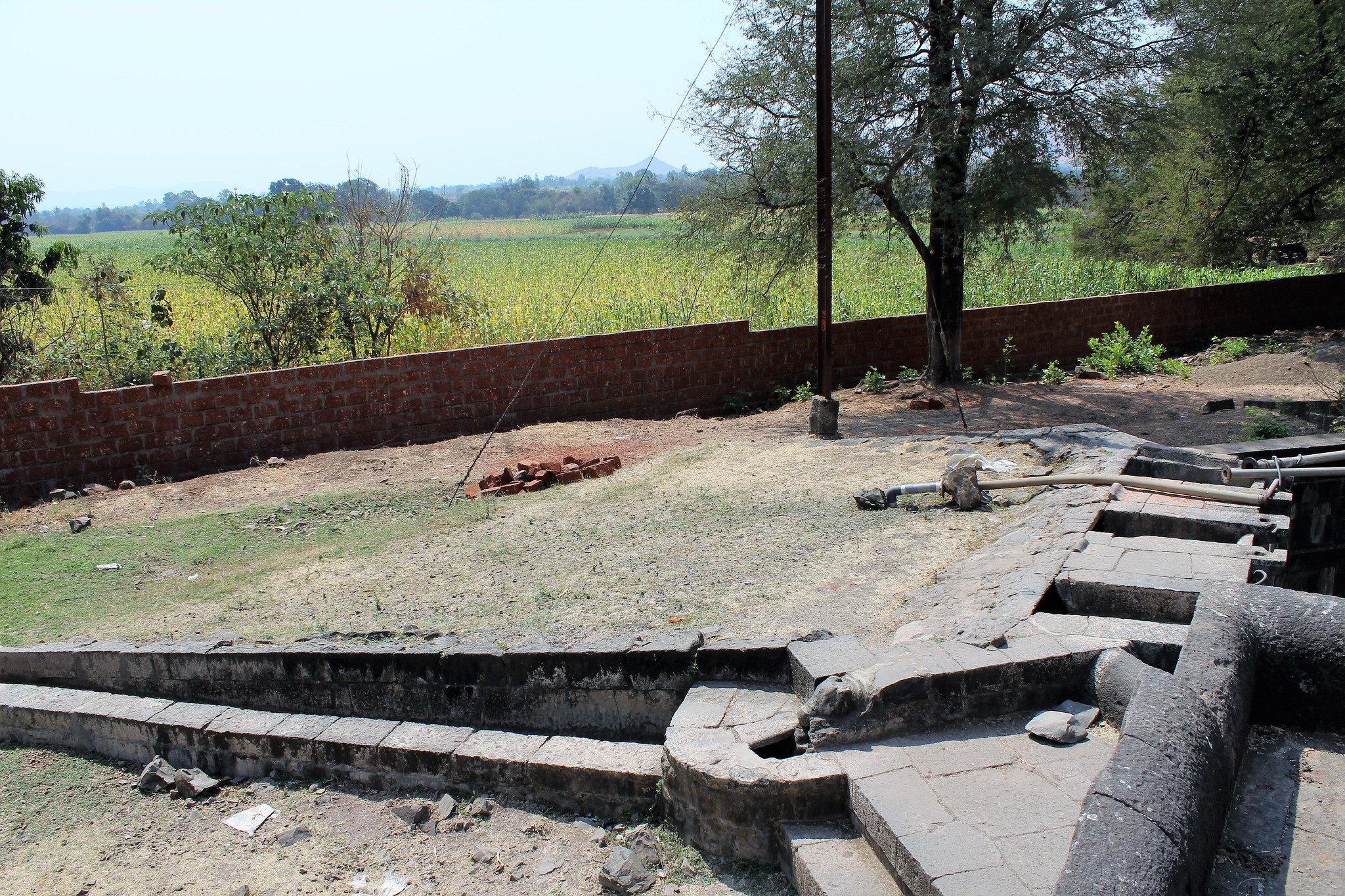 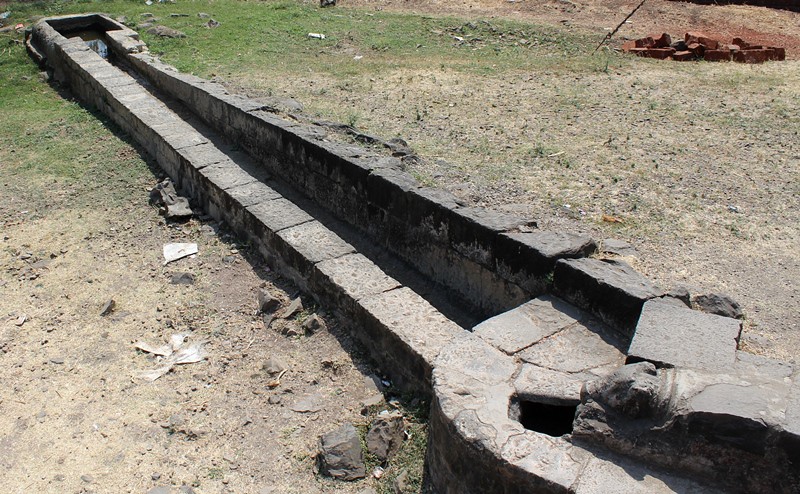