The overall strategy of behaviour change must be open to and address barriers influenced by caste, gender and other local variables. (Source: India WASH Forum)

It is a fact that constructing toilets alone cannot ensure total sanitation. The real challenge lies in getting people to use them. While treating fecal sludge and disposing it are largely urban concerns, modifying behaviour and motivating people to abandon open defecation are considered rural sanitation challenges.

Agencies working in the water, sanitation and health (WASH) sector have employed a variety of strategies ranging from emotional to socio-psychological to initiate and sustain behaviour change. Experience has proved that most market-based strategies are successful only in the short run, and do not necessarily break the underlying biases and attitudes that hinder healthy sanitation behaviour.

The WHO-funded research in the published paper--Formative Research to Develop Appropriate Participatory Approaches towards Water, Sanitation, and Hygiene in Rural Areas--by the India WASH Forum has tried to understand latent perceptions, barriers, and motivators for improved sanitation behavior among heterogenous communities in rural India. The study was conducted in the states of Gujarat, Telangana, and Jharkhand in India in 2015 and 2016.

Open-ended assessment tools were used to understand people's inertia in adopting improved hygiene practices. Nine villages with sizable Dalit and backward caste population were chosen from the three states. Intensive focus group discussions were carried out by the research personnel to delve into the ingrained prejudices and substantiate every conclusion with suitable evidence. While convenience has been found to be one of the biggest motivating factors, negative health impacts of bad sanitation did very little to change the behaviour. Researchers attribute this to the inappropriate language and lack of targeting in ongoing information, education, and communication (IEC) campaigns.

Perceptions of sanitation and hygiene

While the resistance to toilet use is strong, the justifications for not using it are stronger. While there is no lack of awareness about cleanliness and hygiene, purity-related caste convictions prevent people from constructing and using toilets near their homes. Ample availability of space in Gujarat's tribal villages prevents villagers from viewing open defecation as dirty. Feelings of claustrophobia and the stench from the unclean toilets are some of the reasons people keep away from confined toilets. Men prefer to go out in the open, while mothers are not sure if they should toilet-train their toddlers owing to safety concerns. The practice of open defecation gets further reinforced when children go to local anganwadis that often lack clean toilets. 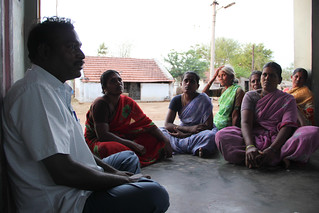 Despite high incidence of ill health due to unhygienic practices, the correlation between bad sanitation and ill health is rarely made. Villagers in Telangana were quick to attribute diseases such as viral fevers, nausea and stomach disorders to hard work or ill fate instead of associating them with the contamination from unhealthy sanitation practices.

Though the students who were exposed to toilets in colleges and hostels were more open to the idea, the financial and physical infrastructure constraints such as lack of water and space keep them from constructing latrines in their villages. With monthly incomes as low as Rs 6000 in many tribal villages in Jharkhand, expenditure on sanitation is not prioritised. In addition to this, dealing with bureaucracy and obtaining subsidies are considered backbreaking tasks in most of the surveyed villages. Despite exhibiting modest preferences for toilets, none of the surveyed villages were ready to humiliate people defecating in the open.

While the erosion of toilet-related cultural taboos is on the rise, issues of cleanliness and access impede toilet construction and usage to a large extent. As big families continue to live in small quarters, space constraints strengthen peoples' resolve to keep toilets out of the picture. Tribal communities in Jharkhand were found to be the least affected by caste-related inhibitions. To them, open defecation blended well with their primitive low-cash economies and subsistence lifestyles.

Dignity, privacy, and security are perceived more as needs of women and girls. These are reiterated by IEC messages, resulting in reinforcing stereotypes of gender and keeping many men away from toilets in their own homes.

The research has found enough evidence to suggest that toilet construction is not prioritised. Most rural families engaged in agriculture are perpetually under financial stress and the issue of building toilets takes a backseat. The non-availability of quality construction materials at reasonable prices is a critical supply-side barrier. When it comes to construction, local masons unfamiliar with low-cost solutions are, for the most part, the only information source. Rough estimates suggest that toilet construction would cost around Rs 25,000 - Rs 30,000 in rural Telangana. Having reduced the quantum of subsidy for individual toilet construction in the 2015-16 budget, the centre has transferred the responsibility to state governments for providing the necessary financial relief. Lack of clarity on the various schemes and subsidies further add to the confusion at the local level.

Researchers observe two kinds of sanitation drivers in India--community led and subsidy driven. Adherents on both sides take uncompromising stances, leaving all those in between dazed and disorganised. 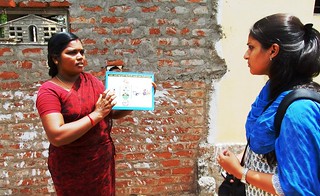 The study found that apart from the generic information on sanitation and hygiene, most villagers lacked clarity about the health impacts, especially the oral-fecal contamination route. Behaviour change is a slow process requiring repeated interventions. While home visits and interpersonal communication are the most effective methods to elicit sanitation behaviour change, this is rarely followed in the current IEC regimen. The reason? Lack of funds and dedicated project staff.

The study, however, is clear about one thing--one size does not fit all. Effective behaviour change communication should complement the everyday realities of people. There should be more emphasis on sending out messages specific to the people and the region and in the language they understand. The overall strategy of behaviour change must be open to and address barriers influenced by caste, gender and other local variables. Reasons for specific preferences need to be understood before imposing new controls and restrictions.

Sanitation-related communication should highlight health implications of poor hygiene and focus on safe disposal of faeces instead of just fixating on toilet construction.  The fact that toilets are considered as expensive, non-essentials works against its acceptance. Local masons should be trained in suggesting low cost construction techniques and reliable cost estimates must be made available depending on the terrain and the populace. The village, block and district-level authorities need to work in unison for successful implementation of sanitation-related programmes.

There is an urgent need for the Swachh Bharat-Gramin guidelines to revisit its twin-pit promotion strategy and endorse models that are acceptable to specific local ecologies and economies. Safe septage management needs to be promoted, both in the urban and rural context, to tackle India's mounting sanitation challenges in a holistic manner.