A talab in the fort city of Charkhari

Charkhari, a princely state of India in the colonial period was once a beautiful settlement founded by Saurabh Singh Bundela, a Rajput King. Acceded to India post-Independence, the town is now located in Mahoba, Uttar Pradesh. The place was home to intricate water management systems in the past. According to the settlement records for the Bundelkhand region, the region had numerous talabs-about 962 during the Chandela period-of which only 421 remain today. These old talabs (water bodies) showcase the skill of the builders of this period.

View Charkhari in a larger map

Bundelkhand has always had a water problem and regularly faces drought. However, the traditional storage systems, the Chandela and Bundela talabs, used to even out the water availability enabling people to grow two crops and also secure their drinking water needs. 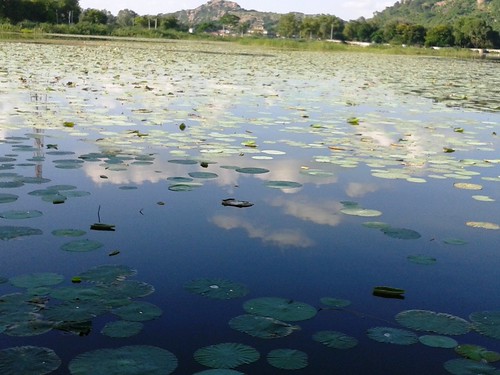 The Chandela talabs of the region were built by halting water flow in rivulets through the construction of huge earthen embankments. Hills with long stretches of quartz reefs running underneath them, acted as a natural groundwater barrier helping to trap water. These talabs had a convex curvature somewhere in the middle of the embankment. Lime mortar was used in the stone masonry work, which has made them quite durable.

They were often accompanied by temples whose architecture was inspired by the Khajuraho period. Ram kund and Suraj kund are two famed Chandela period talabs. The water architecture is elaborate and they are lined with granite slabs in a reverse pyramid shape. In some cases they were even accompanied by dargahs bearing Islamic architecture (Quila Mismar in an old Chandela fort). These may have been built after Mahoba became a part of the Delhi Sultanate. The elaborate structures were meant to show off the glory of the king who built them.

The state used to maintain the larger talabs while smaller ones were managed by the community. Community talabs were built by local people through shramdaan or voluntary labour. Some prosperous families also took this up as it was considered an act of piety. Stories abound that in the seventeenth century when the son of Chhatarsal, the then ruler of Bundelkhand found treasure, he was ordered by his father to use it for renovating old talabs and constructing new ones but today these talabs are witness to state and community apathy. 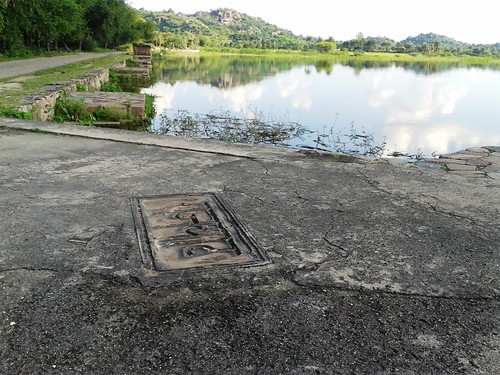 Wherever the talabs function well, the nearby wells have ample water owing to groundwater recharge but the talabs in Bundelkhand are in a poor state today. Breaching of the embankments and cultivation in the talab beds has destroyed several of them. Besides in these areas, canal systems are sparse and unreliable making it difficult to bank on a system that can supply water en bloc. Given the situation, these talabs could have provided the community the basic water needed for their life and livelihood support in the most decentralized manner.

The reason for their being in a state of disuse is reflective of the “breaking up of the sense of community", says Arvind Khare, a social activist working on renovating the talabs in the region. This has resulted in people moving away from Bundelkhand due to drought and resulting poor agriculture. Thousands of labourers migrate to Delhi and the National Capital Region every day.

Several voluntary organizations are involved in the Apna Talab Abhiyaan as a part of which private talabs are being promoted on a mass scale in the district. Hundreds of individuals are financing the building of talabs on their private lands. The government provides part support through various schemes including the Bundelkhand package.

The people of the region aren't princely any longer, but in their own way, are trying to emulate the legacy of the past.

See more pictures of the Talabs of Charkhari.