Storm after a lull

Seetha Gopalakrishnan
15 Dec, 2016 . 4 mins read
After a brief interval, the north-east monsoon made its presence felt through the cyclonic storm Vardah, terrorising both coastal Tamil Nadu and Andhra Pradesh.

One of the many calamities of cyclone Vardah in Jawahar Nagar near Perambur.

Chennai’s disastrous December run continues for the second year in a row. While the devastating flood of December 2015 remains etched in the city’s collective memory, cyclone Vardah was no less scary and did not lag behind in its severity.

The last time Chennai found itself in the eye of a storm was over two decades back, in 1994, when the cyclonic eye or the central portion of a cyclone of a severe North Indian Ocean tropical cyclone passed through the city. While the eye is characterised by relatively calm weather, the area around it experiences damaging winds, extreme rainfall and severe thunderstorms.

Naming of tropical cyclones started from September 2004 for quick identification of storms in warning messages.

Cyclonic activity in the Bay of Bengal was welcomed by many because the state was facing a rainfall deficit of slightly over 60 percent of the long-term average for the north-east monsoon period. While The India Meteorological Department (IMD) placed Chennai’s percentage departure at 54 percent, that of the neighbouring Kanchipuram and Tiruvallur districts were placed at 45 percent and 56 percent respectively.

The IMD operates a Regional Specialised Meteorological Centre (RSMC) for tropical cyclones over the North Indian Ocean. The Centre issues warnings to state governments in four stages--a pre-cyclone watch 72-hours prior to the development of a cyclone; a cyclone alert 48 hours ahead of impact; a cyclone warning at least 24 hours before the commencement of cyclonic activity and finally the post-landfall outlook around 12 hours prior to the expected landfall, that is, when the eye of the cyclone moves inland from the sea and hits the coast.

Names for cyclones originating over the North Indian Ocean are picked sequentially from a list chalked out by members of Regional Specialised Meteorological Centre.

On December 11, the Tamil Nadu government had issued an advisory asking people to stay indoors. Schools and colleges were to be shut the next day. Centralised control rooms were set up and people in low-lying areas were encouraged to move into relief camps set up specifically for the purpose.

Contrary to popular expectation, Vardah did not turn out to be a damp squib. Along with monstrous winds, Vardah brought very heavy showers, especially to the city’s southern suburbs as the storm approached the coast. As predicted by IMD, Vardah clocked wind speeds of over 100 km/hr before landfall in the northern part of the city. Thousands of trees, both indigenous and exotic, were uprooted across the city.

In the sequential list, the name ‘Vardah’--meaning red rose--was suggested by Pakistan.

Rainfall, per se, did not contribute to the disaster Vardah brought; howling winds accompanying it did. In the words of the Tamil Nadu’s most favourite independent weather blogger Pradeep John, the impact of the most recent cyclone was “way beyond catastrophic”. Tree-lined avenues across residential locales such as Anna Nagar, Adyar and Besant Nagar bore the brunt of this extreme cyclonic attack. Just as the 1994 cyclone ripped through the Madras zoo and the Guindy National Park, Vardah wrecked the Vandalur zoo in the city’s outskirts. The zoo is expected to remain closed temporarily.

The National and State Disaster Response Force personnel along with the Greater Chennai Corporation, state police and fire and rescue staff have been working tirelessly to restore normalcy in the city and its suburbs. Power generation at the North Chennai Thermal Power Station was severely hampered along with units at the Power System Operation Corporation Ltd. As hundreds of electric posts and power lines lay severed in Chennai city and its outskirts, electricity, telephone and internet connections remain impaired, with many neighbourhoods still waiting for them to be restored. Due to extensive damage to infrastructure, power supply is not expected to resume for almost a week in panchayats to the north of the city in Tiruvallur district and those to the south in Kanchipuram. 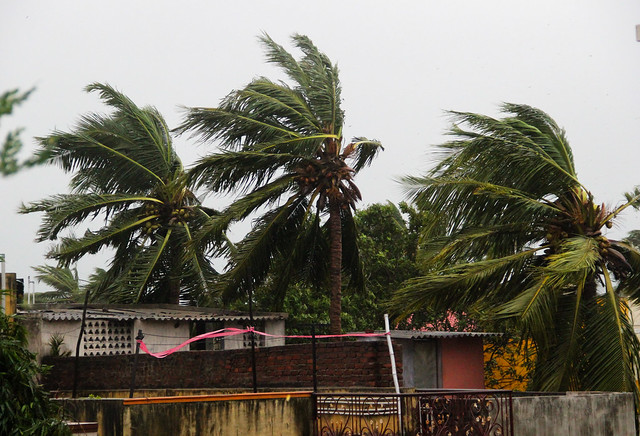 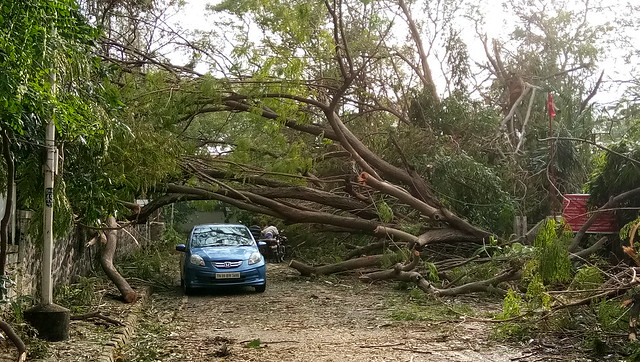 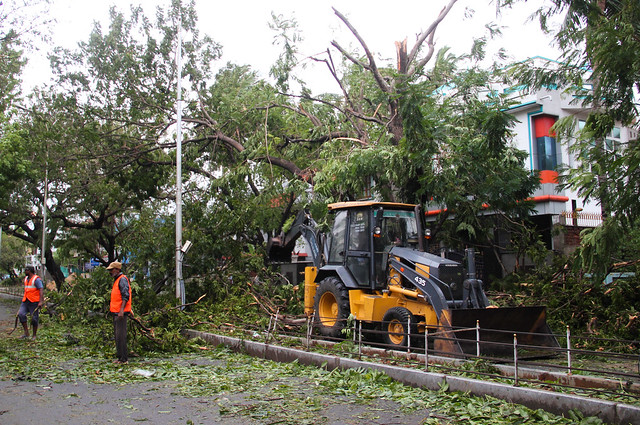 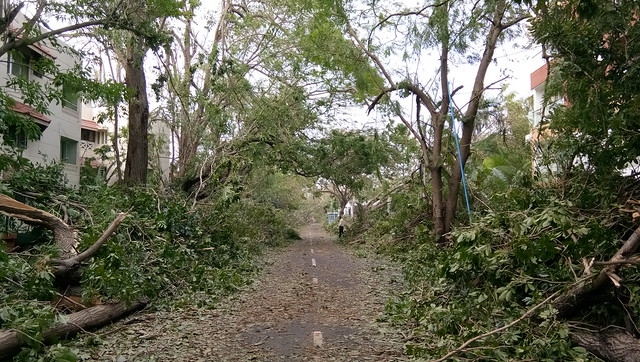 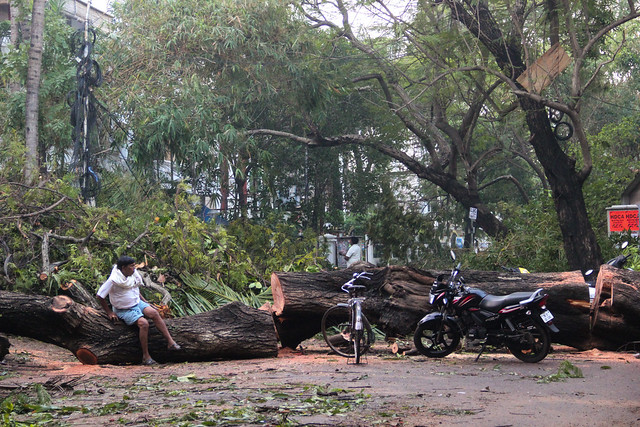 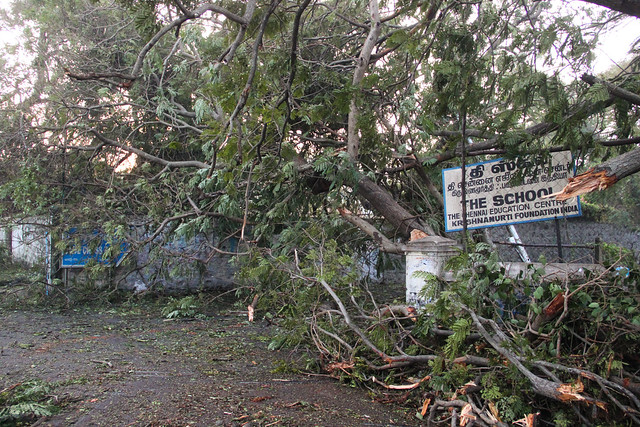 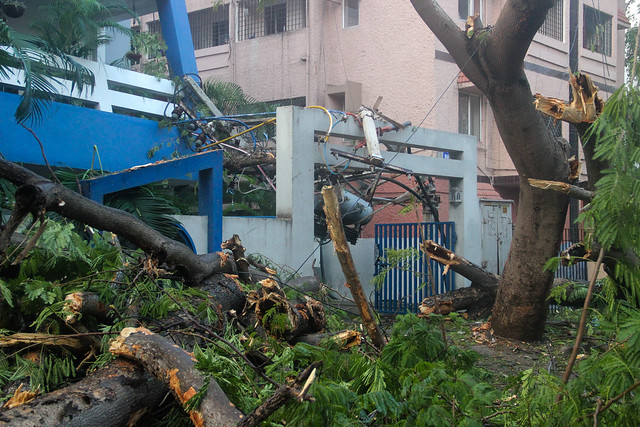 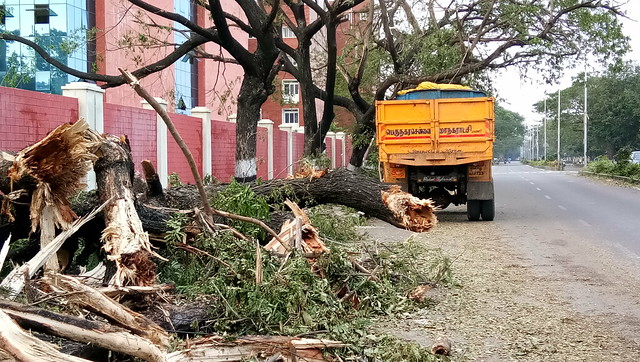