A special yet unequal relationship

Seema Kulkarni
20 Sep, 2013 . 5 mins read
Women work hard to get and use water every day but they lack easy access to it and are also not involved in decision making processes. How can we change this?

Images of women balancing pots of water on their heads and walking for miles are commonplace in rural areas. In urban slums, the image is slightly different - women can be seen queuing up before public stand-posts or tankers. In both situations, one thing is clear - women have little or no access to water. None of the hard work that they do around water translates into any significant gains for them whether it is access to the resource or to decision-making processes.

How does one turn the tables in favour of women and the broader question of gender inequities? Will entitlements and quotas change the situation or do we need to look at deeper issues before we hurry to seek solutions?

Social stratification that exists across caste, class, gender and ethnic groups or other minorities manifests in every aspect of social life and water is not an exception. Rules of purity and pollution still dominate practices in India. For example, during the 1980s drought in Maharashtra, Rao (1996) cites instances of rich, upper caste farmers reclaiming wells that were used by Dalits by ritually ‘purifying’ them. This compelled Dalit women to walk further in search of potable water.

Poor women and those who are already vulnerable due to their status in society or their caste face even greater exploitation. This is made worse during drought. 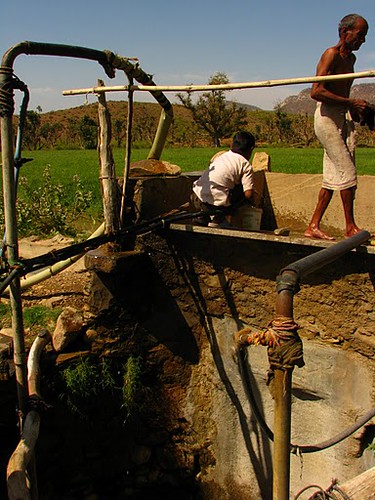 In rural India, land ownership largely rests with men, so women's access to water is mediated through them. Social discrimination also does not allow the poor and Dalits easy access to common property resources, often affecting them more than others. Any solution to address these gender and social justice issues must factor in this discrimination.

Women spend a large amount of their time collecting and using water. As far as productive water is concerned, more than 55% of women in India are involved in agricultural activities. Women are also involved in other livelihood activities like fisheries or small scale cottage industries. They are also increasingly involved in the struggles against water privatization and its misuse but their work isn't being recognised as contributing to a sustainable society.

It is usually assumed that within a household, access to domestic water is irrespective of gender. However, there is discrimination against women depending on the caste or class. Productive water also remains in the domain of men of certain castes and classes.

Decision making in the water sector is determined by which social group one belongs to and whether they own resources. Most of the water committees are therefore dominated by certain groups of men. A recent study conducted by the Society For Promoting Participative Ecosystem Management (SOPPECOM) shows that although women are represented on many committees, they are often not taken very seriously when it comes to making crucial decisions around finances and water allocation among other issues (Kulkarni et al  2008).

The water sector is dominated by technology and now institutional management as well. Knowledge of the poor and the core users of water is often not considered as important.

All the reasons mentioned above combine to make water a womens' issue. As equal citizens in society they need to be part of the planning processes and also accrue the benefits of that planning.

Will simple solutions work?
Policy prescriptions have mandated including women in water institutions or at best, allocating water to women as entitlements in irrigation. While these are welcome and necessary steps, they are not sufficient. Many examples would show us that quotas in water institutions do not necessarily help women in overcoming caste, class and patriarchal barriers to participating or using their entitlements productively. Thus quotas and entitlements also need to be consciously followed at the policy and practice levels to factor in the complexity of gender issues.

What should be the pathway for change? 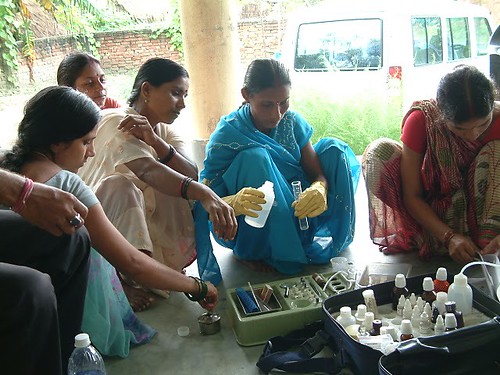 Our mental picture of women must change. Understanding that their work isn't just nurturing and caring but also contributing significantly to production is key. We need to see women’s roles as being dynamic. Because a majority of women only collect and use water in today's context doesn't mean that policies made for the future envision them in only that role.

We also need to challenge our notions of women as a homogeneous group that is often ready to rally together for a common cause. Feminist studies, black feminism and Dalit studies have all pointed out the need to understand the gender question within the diversity of caste, class, race etc.

Similarly it is also assumed that households are a site of cooperation and thus a homogeneous unit with common concerns and common joys. Again, feminist studies have shown that a household is both a site of conflict and cooperation and intra-household differences that discriminate against younger women and children are known.

We need to rethink how the goals of the water sector itself are defined. Are they geared towards sustainable use and social justice? Sustainability must be seen from the point of view of the environment and social justice. Entitlements to both the resource and the decision making structures are not sufficient by themselves, as access is also determined by the social and production relations. Thus a conscious effort is needed to re-imagine a new world of more just and humane social relations.

This article is an abridged version of a paper that was submitted by the authors for the Sustainable Mountain Summit (Kohima September 25 - 27, 2013). The full paper is attached below.