The Shirpur pattern: Is it groundwater therapy?

Hamsa Iyer
30 Apr, 2014 . 3 mins read
Three villages of the many that have adopted the Shirpur pattern in Maharashtra have different stories to tell. You decide if the model is working or not.

The Shirpur pattern propogated by Suresh Khanapurkar has been widely criticised but also accepted by many villages in Maharashtra. A local organisation called Jan Kalyan Samiti operates in the area of Latur-Beed and has implemented Shirpur pattern structures through Gram Panchayats of several villages in the area. Daityanandur, Eknath Wadi and Balamtakali are three such villages. How have they fared after the implementation? 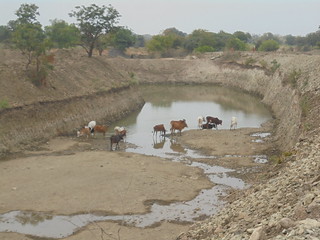 Daityanandur has more than 400 wells across 840 hectares of land. Water scarcity was prevalent at the onset of summer forcing the villagers to migrate to cities for better jobs since the crop productivity was restricted to one crop a year. But after building a Shirpur structure in 2012-13, they now grow two crops a year and people prefer staying in the village than going to nearby towns and cities for work.

Eknath Wadi's story is similar. It faced severe water problems and was spending a whopping Rs. 20,000 per day at the onset of summer for 4 tankers which would supply just drinking water. To do away with this financial burden, the villagers decided to create a common fund and make their own water structure. The estimated cost of constructing the Shirpur structure through government channels was about Rs. 18 lakhs while building it on their own would cost around a half of that. They didn't need any more convincing on the direction they should take. 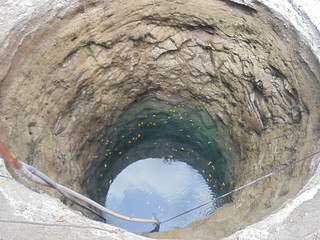 Today, the oldest well in the village which used to be dry until 2013, is still filled with water. With the investment coming in directly from farmers, the Gram Panchayat became a nodal agency to monitor the work that was being carried out. In less than a month, the task at hand was completed.  While several farmers did not agree to give land for the Shirpur structure, they gave in once they were convinced that it would work.

Both the villages of Daityanandur and Eknath Wadi have recharged their wells and are self-dependent for drinking water and irrigation needs. Villagers say that they get 10 times more water than they used to get all thanks to the Shirpur structure but it's more likely that all this happened because of abundant rainfall recieved in 2013. In addition to the improvement in their water situation, the silt that is being excavated during the construction of the Shirpur structure is also being used to make kachcha (temporary) roads for farmers to be able to transport their goods to the nearby towns.

Balamtakali also adopted the Shirpur pattern through its Gram Panchayat and carried out the work in good time but due to poor rainfall in the area (less than 300m), the structure has not yielded any results. It is now being used for open defecation causing another set of problems for the Panchayat.

Is the Shirpur pattern a viable solution?
Water is the need of the hour in the areas of Latur and Beed. Despite the debate surrounding the Shirpur pattern, people are coming together and are willing to be monetary stakeholders. So what must be evaluated is if there are any repercussions to digging such deep trenches. After all, there is a vast difference in digging a 1 m trench for water to seep into the aquifer versus digging a 100 m long structure that is 30 m broad and 4 m deep.

While it is true that we need to understand the concept of groundwater well, it is also a fact that sustainable agriculture needs water. If there is no water for years together, any option that will work and give water in the immediate future, even though it could potentially cause harm many years later, will be employed.

The Shirpur pattern addresses the immediate but its impact on the long-term could be even more important to contemplate.