ARTICLES
Seeking Sanctuary: a TEDxASB talk by Bittu Sahgal, editor of Sanctuary Asia
Bittu Sahgal, editor of Sanctuary Asia motivates students-the inheritors of this carbon-wounded Earth- at TEDxASB organised at the American School of Bombay in April 2012. His message is simple- conservation is necessary for our survival; the children of today need to remind decision makers that it is tomorrow's planet that they are ruining.

Bittu Sahgal at TEDxASB organised at the American School of Bombay in April 2012 begins by explaining that his dream- and his greatest ambition- is that all children grow up safe and happy. He also speaks of his pleasure in being in the outdoors, in such a way that he does nature no harm. This is what led to the creation of Sanctuary magazine 31 years ago. Sanctuary and Cub magazines were created to bring the outdoors closer to people who otherwise might have no contact with it.

Sahgal explains that today's generation is living at a momentous time- the decisions taken today will determine the happiness and safety of tomorrow. Wildlife conservation is not an elitist concern as it is often accused of being. On the other hand, wildlife maintains this planet. Top predators like snow leopards and tigers are indicator species, the presence of whom acts as a sign of the health of the ecosystem. Similarly, studying nature and the various systems in it will enable humans to solve 'the most intractable' problems that are before us. Homosapiens are the only species with the capacity to destroy the planet. If we do not look after wildlife, these systems will collapse and so will the planet.

Sahgal shows a short film composed of powerful images from GreenPeace that first show the beauty of natural Earth, the ways in which nature is being assaulted, and the repercussions of this assault. He uses this film to explain the power of communication. 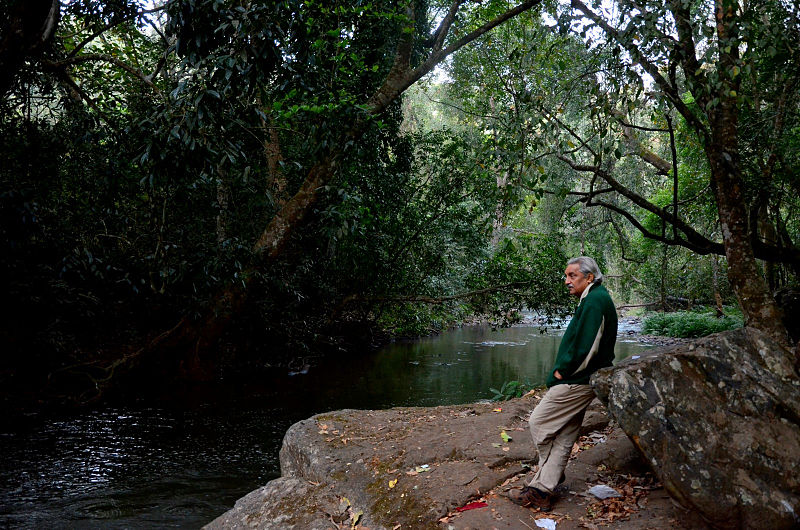 Much of India's ecosystems have been damaged beyond the point of repair. He emphasises that while natural wealth has many claimants, in reality it belongs to the future. It is the job of children today to ensure that this truth is not forgotten. He likens humanity today to a mange that is desecrating the earth, and requests the next generation to be better than the current one. Currently politicians express interest in conservation, but fail to walk the talk. Sahgal suggests that delay is the deadliest form of denial, and again hopes that the next generation will do better.

Get the latest news on water, straight to your inbox
Subscribe Now
Topic
Conservation - Reducing Water Usage
Ecology and Environment
Sub categories
News and Articles
Regions
Political
India
Continue reading
Sign up for our newsletter
A newsletter from India Water Portal for the latest updates around water and related issues in India.
About
Contact
Terms of use
Privacy Policy
Subscribe