It takes more than money to make a difference

Seetha Gopalakrishnan
16 Mar, 2014 . 3 mins read
Eris' and 'ooranis', which are tanks that supplied water for generations in Tamil Nadu, are being revived thanks to monetary donations, good management practices and community participation.

View of a 'Kanmai' in Madurai

Tamilnadu has a rich tradition of tank management at the village level. Every village had one or more irrigation tanks, locally known as ‘kanmais’ or ‘eris’, and a drinking water tank called ‘ooranis’. This system worked for centuries with the support of residents and the local administration. Endowments, which are nothing but donations given to groups of individuals to accomplish a set of tasks, played an important role in sustaining this ecosystem. Cash donations were made by Kings and wealthy individuals to create and maintain water storage and distribution structures.

This changed with the entry of the British and their urge to centralize. The focus shifted from community governance to institutional governance. An overarching body in the form of the Public Works Department (PWD) was created and ‘kanmai’ associations lost their say in the scheme of things. This form of functioning crystallized over the years resulting in a huge dependence on the government to carry out even minor repair work to these tanks. The condition of many tanks deteriorated over time while some of them vanished altogether. 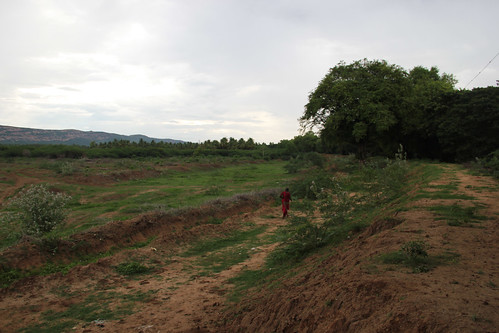 In a bid to save these disappearing ‘kanmais’, DHAN Foundation decided to reintroduce the concept of endowments for the management of tanks in Tamilnadu. The idea was to make local communities empowered enough to take care of tanks in their villages and make them less dependent on external authorities.

Donors were identified to kick start the process. Sir Ratan Tata Trust, OXFAM-NOVIB, Hindustan Unilever Limited, ITC and a host of others came forward to support the cause. The endowment amount was distributed to Village Water User Associations, which were grown and strengthened for the purpose managing local tanks.

The Tamil equivalent for endowment is 'nilaikodai' (nilai = permanant or fixed), which denotes something that does not diminish and remains constant. They can be equated to pensions - once the money is received and deposited, the interest alone is used for recurring expenditure while the principal sits untouched. So the endowment money is not entirely spent, only a small amount is taken to initiate the construction or repair while the rest was held back. The interest that accrued from the endowment saving was used for carrying out further work, while the endowment fund stayed constant.

Conservation of local water bodies needs localized planning, which incorporates the needs of the area. Local leaders were identified and communities were strengthened both in terms of self-worth as well as capacity. The concept of endowment is designed in a way to provide for more than just the economic needs of the people. The more important social, political and environmental aspects have also been incorporated into its design to suit the needs of changing times. Building human capital and people institutions to manage the resources in the area was accorded top priority in order to ensure the sustanability of the initiative. 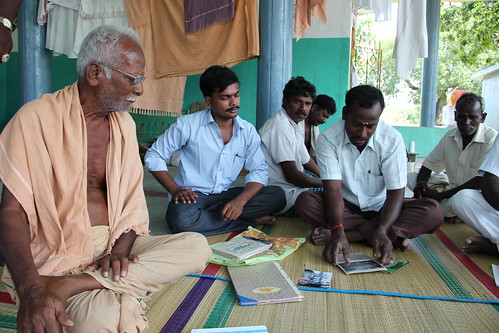 To encourage transparency and accountability, every association is required to maintain impeccable accounts of their cash inflow and outflow. The associations are allowed to only use the interest accruing from the endowment deposit and not touch the principal endowment fund. To enforce this, regular meetings of the association leaders and villagers were made mandatory. Members were also encouraged to keep in constant touch with government officials to strengthen social capital.

The water user associations are encouraged to engage in activities that would boost their income. For example, tanks are leased out to the highest bidder to engage in inland fishing throughout the season. The amount raised from the bid would go on to further strengthen the association’s bank account. Other avenues for income generation include planting tree crops such as tamarind along the tank bunds and harvesting the produce for sale.

Endowment funds have great potential to keep the vibrancy of local institutions in tank management alive. The example set by DHAN Vayalagam Tank Foundation is worth exploring by the other southern states housing cascading tank systems that have managed to survive years of ignorance and half-hearted attention.