Makarand Purohit
10 May, 2014 . 3 mins read
A report on the status of Raipur's many slums released in February 2014 shows that providing basic amenities to slum dwellers is still a challenging task for the Chhattisgarh government.

"The life of the people living in slums in any part of the country is a curse", says Rohit Jagat, a 30 year old resident of Shakti Nagar slum in Raipur.

Raipur, the capital of Chhattisgarh, is regarded as one of the major growth centres in the country. With rapid urbanization and industrialization in and around Raipur, the population of the city increased drastically. Sadly, this also included the slum population, which was 97,264 in 1991 and rose to 5,16,829 in 2011. This growth has led to an increase in the demand for water and better sanitation facilities but the efforts made by the government in this regard seem poor especially around the slums. 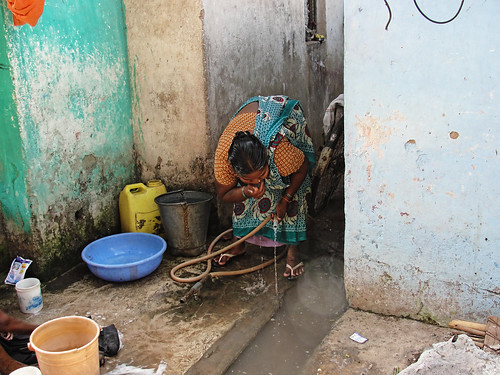 An overview of Raipur slums

Per the Census, in the last three decades, the percentage of slums in Raipur has increased to 51.66% and the number of slums has increased from 154 in 1991 to 282 in 2011. The condition of these slums is no different to the slums in other parts of the country but Raipur was recently in the news because of the state's focus on the redevelopment of its slums. Under the Jawaharlal Nehru Urban Renewal  Mission (JNNURM), Raipur is the only city to get Rs.392 crores in the current financial year to execute the Basic Services for Urban Poor (BSUP) project.

In February 2014, Youth for Unity and Voluntary Action (YUVA) in collaboration with the Chhattisgarh Action Reasearch Team (CART) and Oxfam released a report on the status of slums in Raipur, Chhattisgarh. As per the findings of the report, there is a clear disparity in the availability of basic services between notified and non-notified slums.

The report said that  "Raipur slums are still far from standard quality of life. The condition of the slum houses is characterized by dilapidated and pathetic housing structures, overcrowding by an average of 5-6 members per house, poor ventilation, inadequate lighting, water logging during rainy season, absence of toilet facilities, open defecation,  shortage of safe drinking water sources and vulnerability to various health  problems". 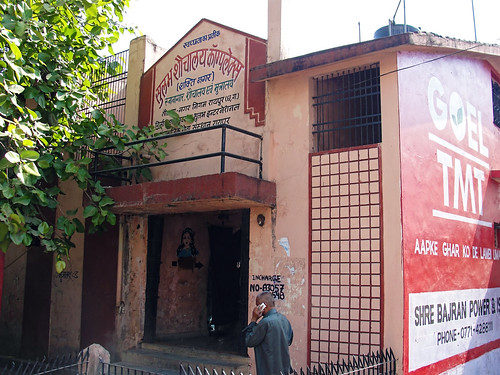 How many houses have toilets and drinking water?

There are no shared toilets in any of the slums. More than 35% of the households living in slums defecate in the open and are exposed to various health hazards. "Everybody agrees that our living condition should improve but for the last two decades none of the individuals, politicians or officers have come forward to improve basic services in this area", says 42 year old Daniram Vishwakarma of Shivaji Nagar Slum in Raipur.

What is the overall status of the health of the slum dwellers?

The death toll due to jaundice is rising in Raipur due to contaminated water being supplied through the pipelines. May 2014 has already recorded more than 20 deaths due to the disease. Slum dwellers are also more prone to other waterborne diseases such as typhoid, malaria and dengue fever due to unhealthy living conditions.

While the Department of Urban Health under the Urban Health Mission in Raipur has appointed community health workers in every slum to control the epidemic, they haven't simultaneously improved access to basic necessities including services like water and sanitation.

The Basic Services for Urban Poor programme (BSUP) is a ray of hope for these slum dwellers but it will take much more than just the government's effort to remedy this situation and provide a decent standard of living to these people.

For a detailed analysis of the Raipur slum situation, please see the attached report.

View more photographs of the slums in Raipur.