The mangrove forests of the Sundarbans are the biggest barriers against cyclones from the Bay of Bengal. Source: Laskar Sarowar/Wikimedia Commons

The mangrove forests of the Sundarbans are the biggest barriers against cyclones from the Bay of Bengal, saving both India and Bangladesh from irreparable damage. A UNESCO world heritage site consisting of Ramsar bird conservation area and three wildlife sanctuaries, the Sundarbans will soon see a 1,320 MW thermal plant operating at Rampal, just 14 km away from its officially demarcated boundary in south Bangladesh. Environmentalists have raised an alarm about a possible impact of running a power plant near the eco-sensitive area.

India’s National Thermal Power Company (NTPC) and Bangladesh’s power development board have formed a joint venture called the Bangladesh-India Friendship Power Company Limited (BIFPCL) to set up the plant. According to the agreement, NTPC will construct and operate the plant while the profit will be split equally between the two partners. Azizur Rahman of the National Oil, Gas, Mineral Resources, Power and Port Protection Committee, Bangladesh, was in India recently to garner support against the project. Here's what he had to say:

What can be the possible impacts of a thermal power plant near the Sundarbans?

The plant will require 4.72 million tonnes of coal every year. The coal and other toxic and chemical materials required for the construction and operation of the plant will be transported through the waterways of the Sundarbans. The transportation of around 13,000 tonnes of coal per day through the waterways hold dire prospects of coal spillage, ballast water, bilge water, oil spillage, lubricant and garbage.

Independent studies have stressed on the damage to the natural character of the Sundarbans by the power plant. Felling of trees to build coal depots, the possibility of fire which will impact wildlife, air pollution due to coal dust and through the production of harmful gases will impact the forest and paddy fields.

To run the power plant, water will be withdrawn from the Passur river at the rate of 9,150 m3 per hour and wastewater will be discharged into the river at a higher temperature at the rate of 5,150 m3 per hour. This will reduce the oxygen in the water and damage the fish stocks of the Passur river which is also known as the breeding ground for the threatened Irrawaddy dolphin. The Sundarbans is home to the endangered Royal Bengal Tiger besides around 700 animal species and 340 plant species. If we say yes to the Sundarbans, we must say no to commercial projects harmful for its survival.

Have there been incidents of spillage in the Sundarbans before?

In the last few years, a number of accidents on the water routes, including the deadly oil spill in 2014 releasing 3.50 lakh litre of oil, have left long-term footprints on the sensitive forest area. Recently, a boat carrying 1,000 tonnes of coal capsized in the nearby Passur river. 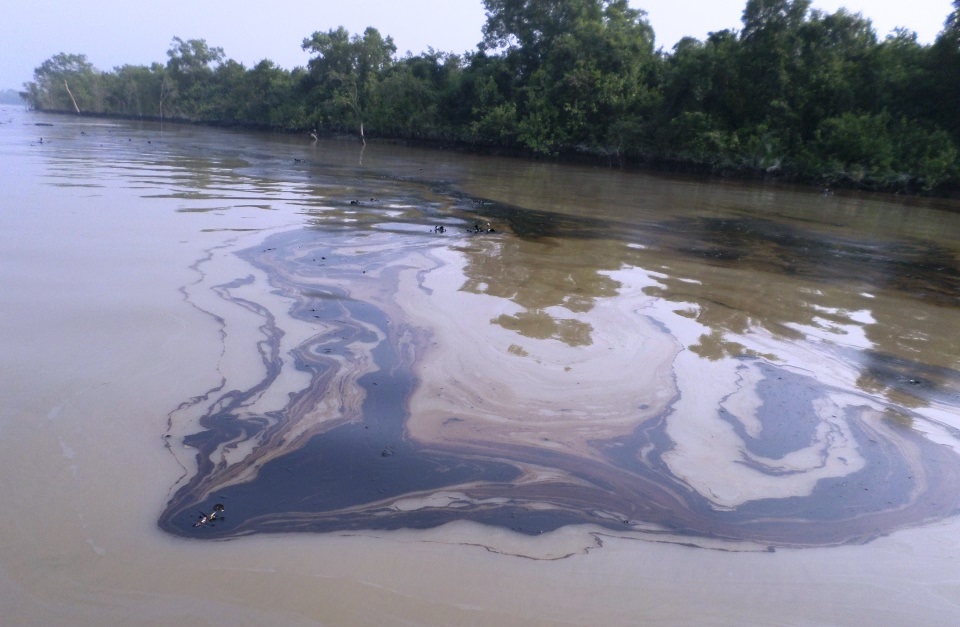 roups have initiated their commercial projects in the area including another 565 MW thermal power plant by a private company, just 12 km from the Sundarbans. The cumulative impact of all these projects would ultimately cause the fatal destruction of the Sundarbans whose mangrove swamps protect the people of both India and Bangladesh against cyclones. The current transportation system in the Sundarbans area itself is creating severe sound and water pollution.

If the Sundarbans are damaged, the people and the species of the entire belt will be practically unprotected.

What has been the attitude of the Bangladesh government towards your objections?

The Bangladesh government is claiming that there would be little, if any, impact on the Sundarbans. Bangladesh has a high potential for solar and wind energy power plants which also bode well for its future. Being a coastal country, Bangladesh is among the most climate-vulnerable nations and hence should side with renewable sources of energy to achieve a high growth rate without compromising on its environment. The plant is just two metres above the sea level. It holds a key financial and operating risk given the fact that it falls within the tidal delta region which has experienced a tidal surge of five metres in the past.

What are the judicial and other interventions made by campaigners against the project?

A case is already going on in the court. Due to the awareness created by us, several international organisations including UNESCO has asked the Bangladesh government to put the project on hold till a detailed scientific study is done on the impact of the thermal power plant.

How will the project impact the Indian side of the Sundarbans?

Around four million people including forest and fishing folks are dependent on the Sundarbans and the adjacent water bodies for their natural livelihood. Around 40 million people live in the southern coastal belt of Bangladesh while five million live near the Indian portion of the Sundarbans. But nature knows no boundaries. The waters from both sides mix during low and high tides every day. The pollution on the Bangladesh side will also impact the life and livelihood on the Indian side.

What does the law say?

Environmental laws in Bangladesh are very weak. Article 5 of the Conservation of Environment Act declares the Sundarbans as ecologically critical area and disallows any damaging activity within 10 km radius of it. The Indian laws, however, don't allow any such power plant construction within 25 kilometers of an ecologically sensitive area. Considering NTPC is an Indian company, why should it go for a project in Bangladesh which would have been illegal in its own country?