People believe that tunnels such as these cause irreversible damages to the environment.

Lippa is a small village in the Kinnaur region in Himachal Pradesh, close to Asrang wildlife sanctuary. On May 27, the village witnessed hectic activity as the gram sabha was to decide the fate of a hydroelectricity project to be constructed near the village. The project demands the water from the Kerang stream be diverted for power. The project will acquire more than 17 hectares of forest land. This is unacceptable to villagers. “Kerang stream saves the village every year by pushing away debris deposited by Pezzar, another stream coming from diagonally opposite direction. If the water is taken away, the village would perish,” says Devi Gyan Negi of Paryavaran Sanrakshan Sangharsh Samiti, an environment protection group of villagers, which approached the National Green Tribunal (NGT) against the project.

The Union Ministry of Environment and Forest had approved the diversion of the forest land for the construction of the 130 MW Integrated Kashang Stages II and III Hydro Electricity Project in 2011 even though the rights of the villagers had not been settled yet under the Forest Rights Act (FRA). The tribunal, in its order last year, directed the union ministry and the state government to get a no-objection certificate (NOC) for forest clearance from the affected gram sabhas of four villages, including Lippa. This bears resemblance to Niyamgiri hills in Odisha where 12 gram sabhas rejected a mining project by Vedanta Limited in 2013 under the FRA.

At Lippa, however, the gram sabha ended on high decibel as villagers denied the NOC while the sessions judge who, according to the NGT ruling, was to ensure transparency and confidence of the villagers in the proceedings, sided with the project developer in claiming that community rights had been settled. “We can’t take such arm twisting lying down. It’s our forest and our future that’s at stake,” says Negi. Rarang village has already rejected the project while Pangi village has given the NOC.

The power sector is a big contributor to Himachal Pradesh's economy. The state has the second highest potential for hydro energy in the country estimated to be around 27,433 MW. Around 30 hydro projects in Kinnaur and similar projects in other parts of Himachal Pradesh were planned. Cost overruns, delay in approvals, litigations, community resistance and unfavourable geology, however, have led to several projects either not taking off or getting stalled midway.

Most of these projects are run of the river (RoR), believed to have low environmental cost. The river or stream is put through tunnels and made to fall on the turbine from a height. However, blasting done for tunnels triggers landslides with greater frequency in geographically fragile Kinnaur region. With sparse vegetation and sandy soil, all three subdivisions of the district fall under high hazard vulnerability of landslides.

Landslides damage farms, block roads and also lead to drying up of springs. Blasting also impacts buildings. Deforestation on the project site and diversion of the water source further impact the local environment and biodiversity.

A high-level committee formed on the order of the Himachal Pradesh high court in 2009 had said, “There cannot be a totally environment-friendly hydel project in the Himalayas. The results of blasting, excavation, tunneling, cutting, tree-felling, diverting of rivers--all these are bound to have a severe and damaging effect on the environment and ecology of the area affecting water sources, green cover, wildlife... the state government should carry out basin-wide environmental impact assessments for all the river basins of the state and till these are finalised, no more hydel projects should be allotted or, where allotted, their clearances should be withheld.”

The findings did not find favour with the state government or the developers but made the people of Kinnaur weigh the need for development against the cost of long-lasting damage. Thus, the instances of villages like Lippa challenging the government and project developer are not aberrations but are in fact becoming the norm. 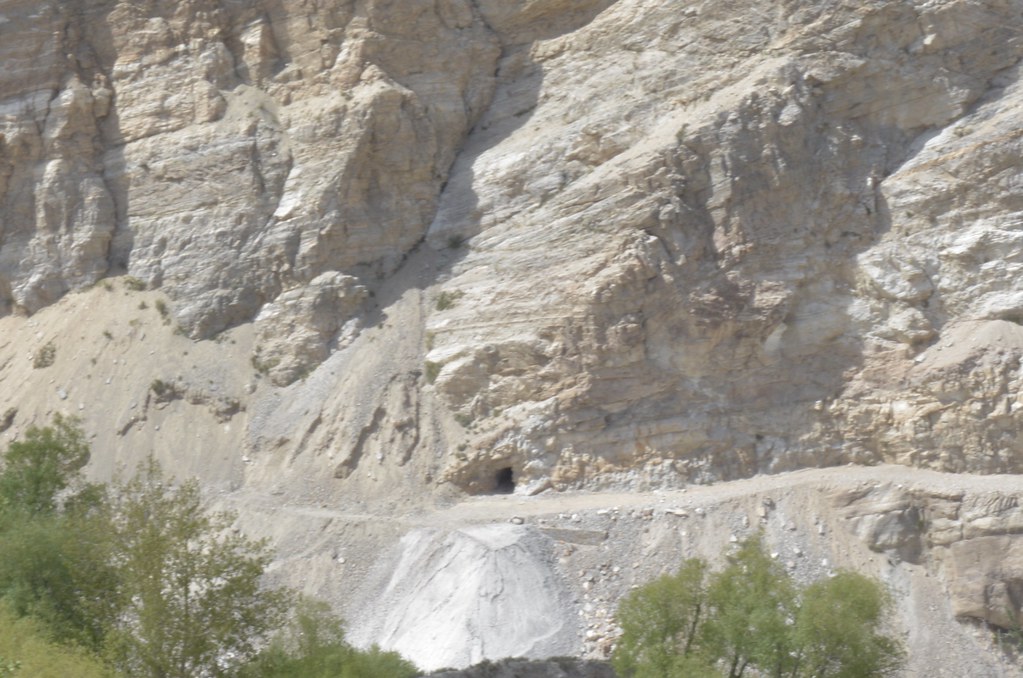 ee power projects. “Unlike lower Kinnaur, which has some forest areas, our region is completely bare. This makes us more vulnerable to development activities and hence we remain stoutly against hydel projects,” says Shamsher Negi of Leo village.

At Jangi village, Roshan Lal Negi is worried. There have been media reports that the 960 MW Jangi-Thopan project, which had been hanging fire for some time, might be allotted soon. Negi, however, is sure the village will oppose the project. The village had gone to the high court once before against the Indian Army’s plan to acquire 5,500 bigha for its depot in the village. The villagers have also filed a community rights claim under the FRA over the forest area.

Jangi produces the maximum quantity of Chilgoza (pine nut) in all of Kinnaur with the community forest itself yielding two quintals (200 kg) per household every year. Chilgoza is one of the biggest cash crops of Kinnaur and fetches more money than apples since the community forests where they grow in abundance, don't require much input and care.

“The power project will impact Jangi in a big way. In 2013, 112 families of Jangi got three quintals of Chilgoza each from the village forest which was sold for Rs 1400 per quintal. Besides Chilgoza, the forest gives us several herbs including kala jeera which goes for Rs 1,000-2,000 per kg. Why would we go for a development which is against nature when the same nature is offering us such economic benefits,” Negi asks.

The project will also impact Rarang village which fears that it may affect the springs which supply irrigation and drinking water to the village. “Our orchards and farms are also dependent on these water sources. In addition, the village forest flourishes because of moisture from Satluj. If it’s diverted to the tunnel, these trees will become dry and non-productive,” says Bhagat Singh Kinner, an apple farmer from Rarang. 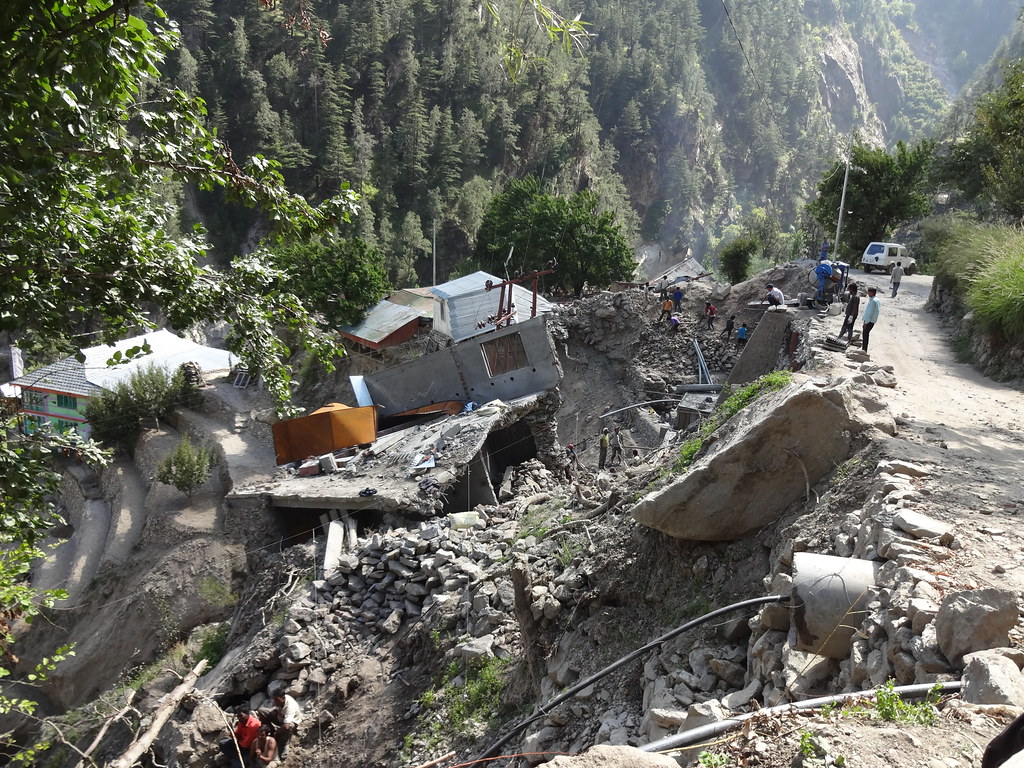 The environment activists of Kinnaur are currently flummoxed by the notification issued by the State Department of Forests in December 2016, that “the Forest Conservation Act does not apply for carrying essential development activities, which include renewable sources of energy, and permission for same will be given by the forest department and the village panchayat.”

The FRA gives an exemption for activities related to non-conventional energy sources but the state government has replaced it with renewable sources. By that definition, hydropower can also be allowed, which is generally considered conventional energy source but is renewable. “We feel this has been done to bypass gram sabhas, which involve all village residents and hence is more representative than panchayats which has only elected members,” says R.S. Negi of Him Lok Jagriti Manch, an activist organisation campaigning against hydro projects in Kinnaur.

The fear is not unfounded. When NGT upheld the power of Lippa gram sabha in Kashang II and III projects, the state government-owned Himachal Pradesh Power Corporation Limited (HPPCL) appealed to the Supreme Court claiming that the order was not practical, as indigenous people were unskilled and incapable of taking informed decisions on technical matters. This stance invited a lot of criticism and HPPCL had to withdraw the petition. The recent notification thus is considered a covert way to push the same thought.

Besides writing to the state government against the notification, the residents are also taking action on the home front. “We are passing resolutions in gram sabhas that panchayats can’t give NOCs to any development activity. The proposal has to come to gram sabhas for approval,” says Shamsher Negi of Leo village. Sandeep Minhas of Himalaya Niti Abhiyan, a campaign for people’s rights over resources, says villagers are within their right in doing so. “The Panchayats (Extension to Scheduled Areas) Act 1996 envisaged gram sabha as the mechanism for self-governance in areas with predominant tribal communities. These are also empowered under this law to approve development projects,” he adds.

Tidong I project, owned by NSL Tidong Power Generation Private Limited, is stalled for the last one year even though the tunnels have already been laid. The Asian Development Bank supported the project through an equity investment of $30 million in 2013, but the cost escalated by Rs 656 crore due to various delays. The Credits Analysis and Research Limited downgraded its ratings due to the delay in meeting debt obligations.

The business of hydropower has been changing hands in Kinnaur as well. The two biggest hydel projects in the region--300 MW Baspa II and 1,091 MW Karcham-Wangtoo--went from Jaypee Group to JSW Energy for Rs 9,700 crore. Jaypee group was burdened by a huge debt.

An audit report found that the Himachal Pradesh government failed to levy Rs 209 crore fine on Jaypee for installing turbines that exceeded the approved capacity. R. Sreedhar of Environics Trust, who conducted a cumulative impact assessment of hydropower projects in Kinnaur, says while the state government justifies these projects in the interest of the public and the nation, it invariably sides with private developers who flout rules. “Despite mounting losses, the developers always end up with good profit. It is by now common knowledge that most promoters in India pad up initial costs, get loans, skim off the money and flee by making good money at the first instance,” he adds.

For now, Kinnaur residents have realised the heavy cost of development that comes with hydropower, but the fact that their rights get recognition through long legal battles like the one Lippa village fought doesn’t bode well for future. “We, the Kinnauris living along Satluj are simple people. But the government and project developers should not mistake that simplicity for frailty,” says Bhagat Singh Kinner who represented Rarang village at the NGT.