A tale of two STPs

The only working STP in Lucknow -Daulatganj

The venerable Imperial Gazetteer says, 'Viewed from a distance Lucknow presents a picture of unusual magnificence and architectural splendour, which fades on nearer view ...' (Imperial Gazetteer of India, v. 16, p. 196). Nearly all the Lucknowis I met assured me that the Gomti was the same way. "The Gomti is a great river", they told me, "till she reaches Lucknow. After that, she's dirty. You can only look at her from far".

The reason for this is the toxic cocktail of sewage mixed with solid waste that flows into the Gomti - 401 million litres every single day (Times of India). Such a big city must have sewage treatment plants (STPs), right? Yes, two in fact - Daulatganj and Bharwara. The former is a small, neat facility that is well-run; the latter is the opposite. It doesn't even function most of the time. Before we get into the nitty gritty, let's have a quick look at the current sewage treatment process.

It begins long before the sewage reaches the plants. Untreated sewage from all the houses in Lucknow, as well as rainwater runoff and indiscriminately dumped trash enter the 26 nalas that drain into the Gomti. In order to reduce pollution, bar screens - grills of closely spaced bars that filter out trash- are set up at the mouths, just before these streams enter the river. In the monsoon however, the screens are bypassed and sewage directly enters the river.

There are also pumping stations set up at these locations. Most of these pumping stations are to prevent flooding in the monsoon. When the water level rises high enough that the Gomti enters the nallah, these pumps are used to prevent flooding by pumping water out of the nallah. In the case of 12 nallahs, the pumps carry water to one of the two STPs.

The Daulatganj STP was set up in 2002 with a capacity of 42 million litres a day (MLD).  Three years ago, an extension of 14 MLD was added. However, the plant routinely receives about 78 MLD, well above its design capacity. During the worst of the monsoon, this can go up to 100 MLD, a nearly 100% increase over capacity. Despite this, the treatment plant is functional.

I was surprised to see a neat place when I visited. The system was in operation, without any signs of leakage or neglect. It appeared to be freshly whitewashed, and the garden was in bloom. "It's fed by our own compost", Ashok Dubey told me. He also explained the mechanism of the plant.

The pictures below were taken at the Daulatganj STP. They tell a story of efficient functioning due to proper care and maintenance. 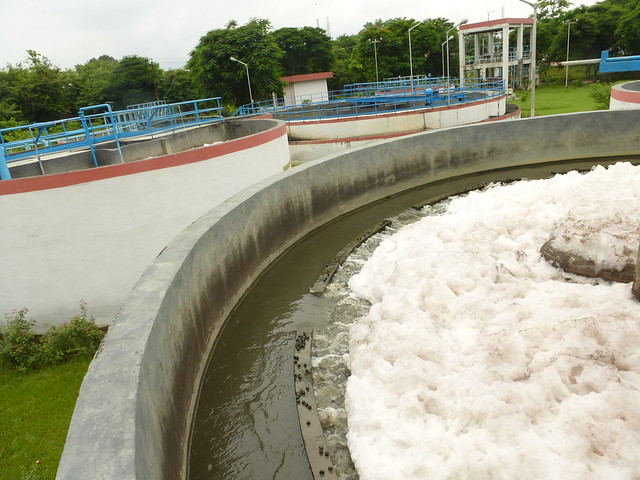 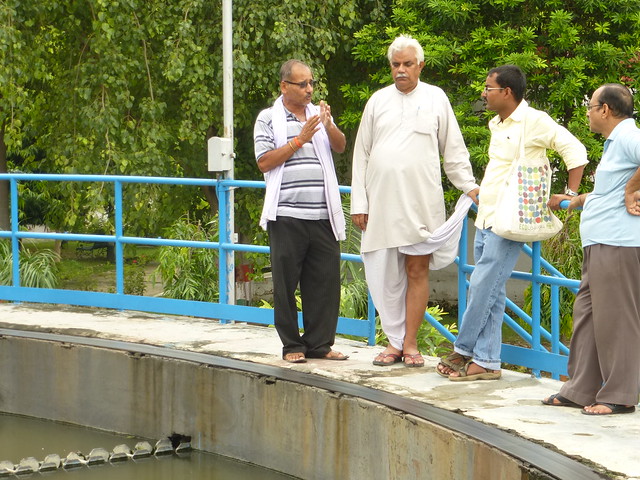 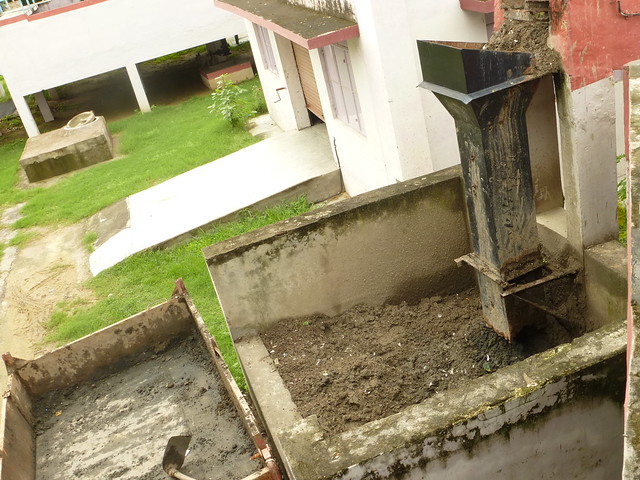 The Bharwara STP was set up only in 2011 at a cost of Rs. 361 crore. It is already in a sad state of disrepair with leaking tanks, foul-smelling paths, broken pipes and corroded metalwork. The leaks, especially, raise serious questions about the quality of the construction. While it is designed to use the generated methane for energy, this has not been working either.

The pictures below were taken at the Bharwara STP - once called 'Asia's largest STP'. They tell a story of neglect and improper maintenance. 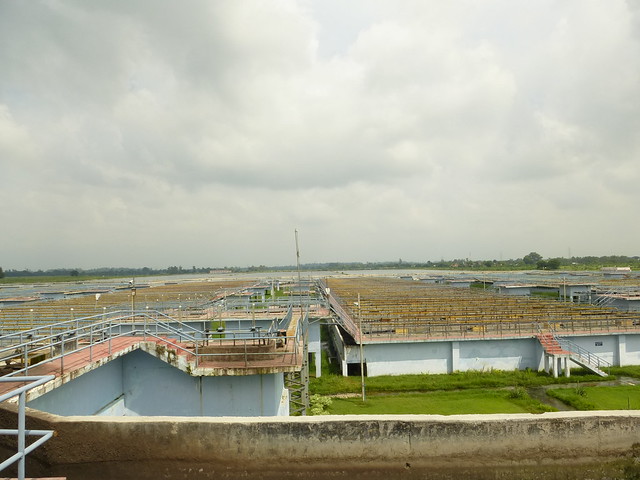 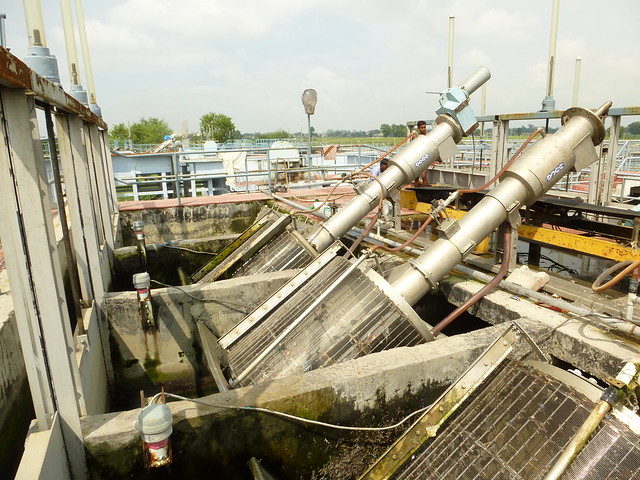 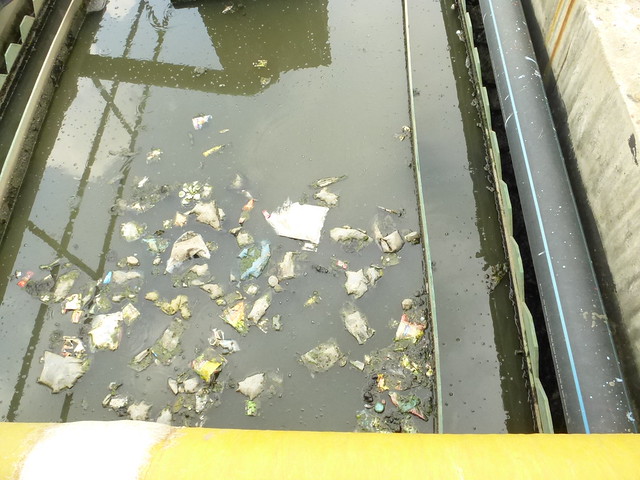 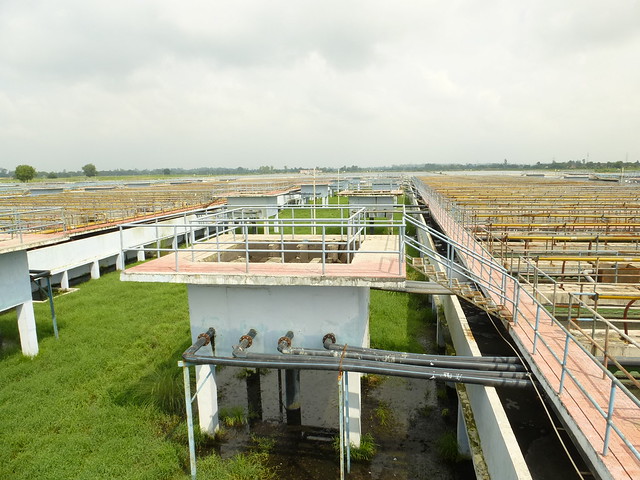 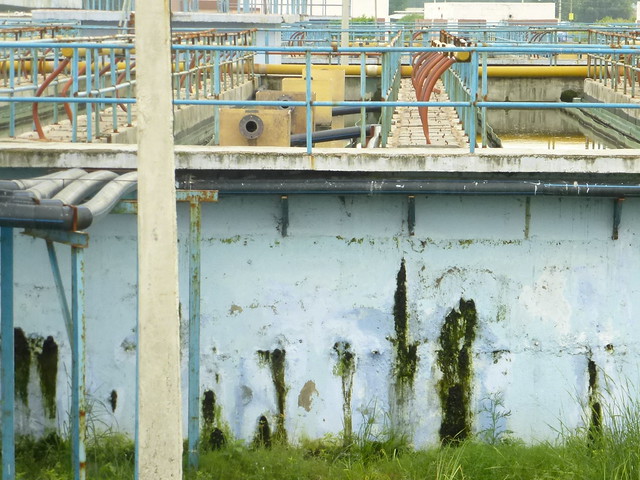 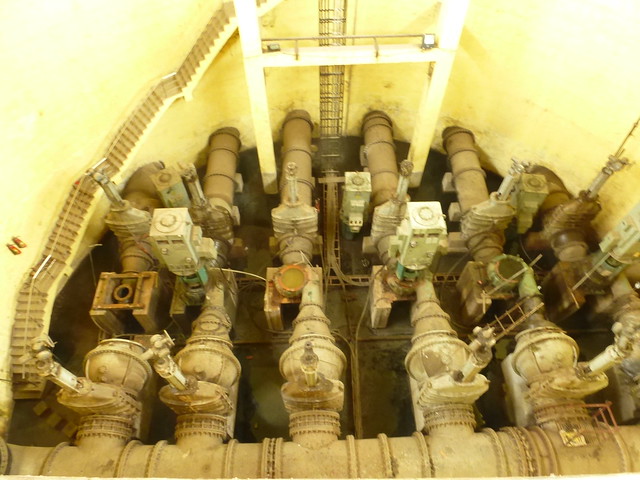 This expensive plant could've been designed much better. Rather than one mammoth-sized plant, it might have made more sense to put in a series of smaller plants, close to the mouths of the nallahs similar to the setup of the Daulatganj plant. The energy, manpower and land required to transport the sewage to one large and dysfunctional treatment plant could have been better applied in treating the sewage.

Size and scale is a huge difference between the two plants but accountability is a far more important difference. Considering the media fanfare around its commissioning, why is the Bharwara plant not being held accountable?

Sadly, the pollution of the Gomti is not an isolated case. According to the Central Pollution Control Board (November 2005), 80% of India's sewage flows untreated into its rivers. If you live in a city or a town, chances that the effluent from your house contributes to the pollution of our rivers are high. But you can help!