A pathway for water

Hamsa Iyer
25 Mar, 2014 . 3 mins read
Pophala, a village that was dry land farming in Aurangabad, channeled the rainwater it harvested by way of trenches. The drinking water wells are now full and their crop variety has increased.

Pophala is a dry land farming village with 73 families that cultivate 290 acres. The people would spend as many as 5 hours to go to another village and get water. In the year 2013, the Gram Sabha in Pophala village, decided on something unique. They decided to figure out a way to get and keep water in their village so as to not be dependent on anyone else. 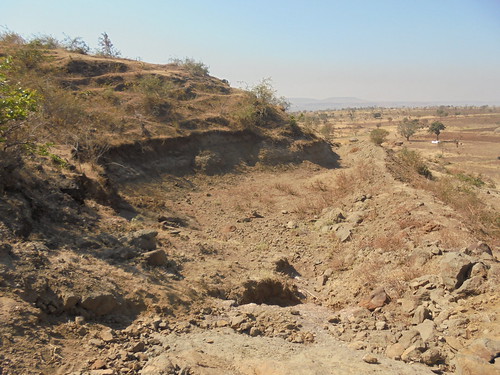 That's when they came across a local NGO called Savitribai Phule Mandal based out of Aurangabad. With their help, they studied the areas geography to understand the slopes that they could take advantage of. Soon enough, they realised that there existed a noticeable ridge line. This helped them plan where they could dig a trench to guide the rain water down to their village. With a little help from dynamites, they made way for the water to flow down.

Now that the pathway was ready, they identified an old lake and had it desilted. Once the rains came, the water levels automatically increased- the four prominent wells that had not seen water in years, now had water. The village put together Rs. 2.8 Lakhs- an approximate of Rs. 3000-5000 per household. The rest of the project cost was given to them by Sterlite Foundation. 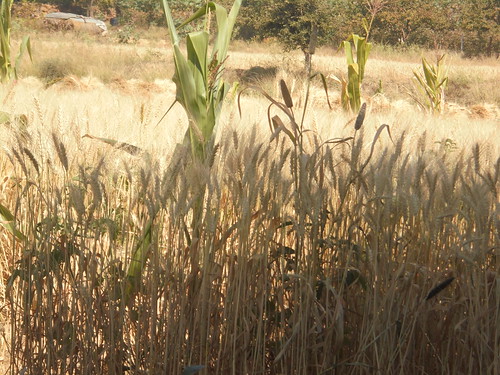 "Previously, we used to grow only millets, now we are slowly growing wheat and corn. We hope to grow other crops as well", says farmer Sarjerao Hawre. Like many other farmers, he is hopeful that the water situation will change. "When the first gush of water came in, the villagers took a conscious decision- that we will not take the water for irrigation purposes. We did this to get drinking water, which is most crucial for us", he says.

For a village that has seen severe water troubles, to see water in their wells is a big reward to the community. The village's drinking water well would run dry by November but this year, water was seen even till the end of February. Farmers estimate that they can use this water till almost April. 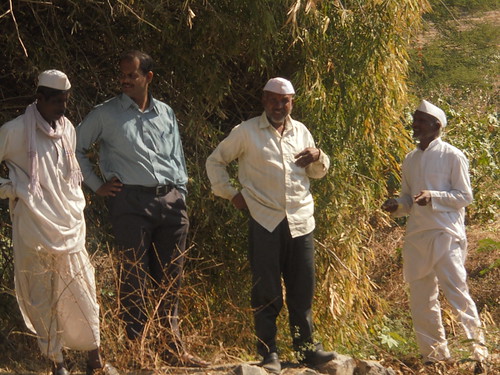 "In order for any project to be a success, people participation is the key. The resolution was passed in the Gram Sabha in November 2012, and everyone participated in this. Everyone understands the need for water, but in order to work for it- it takes a while to get people together. The first few times we suggested this, people did revolt, but then when the need for drinking water came again, we had their support", says Subhash Azgaonkar, Project Officer for Savitribai Phule Mandal. Now, the change is visible with 8 farms going forward with drip irrigation. 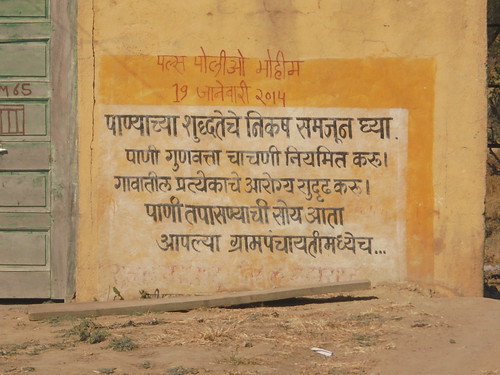 The villagers have understood that just getting water is not enough, they also have to maintain its quality. In order to do that a water testing facility has been set up in the Panchayat Office. In addition to this, along with Savitribai Phule Mandal, they now want to create an army of water warriors who understand the need for water and who will spread awareness on water management in nearby areas. They hope that this will be a network that will continue to share knowledge and information on water.