Dr. Jared Buono
Usha Dewani Das
29 May, 2015 . 3 mins read
6000 villages in Meghalaya depend on springs and spring-fed rivers for household water needs. Their drying up threatens water security and future growth. Now, there is some hope.

Meghalaya boasts one of the rainiest places on the planet at Cherrapunjee, receiving over 11,000 mm of annual rainfall. Yet, despite all the rain, water availability remains a problem for many rural and urban communities across the State. Natural springs that have provided drinking water for generations are in crisis. Declining flow and contamination of aquifers means less water for everyone just as demand for water is on the rise. Flow is decreasing due to ecological degradation and possibly a changing a climate. Springs that once flowed year round are now seasonal, going dry earlier in the year as ecologically sensitive recharge areas are lost to deforestation, illegal mining and groundwater exploitation. Other springs, particularly near urban areas, are no longer safe to drink without treatment due to pollution and contamination of shallow groundwater from poor sanitation.

In a state where nearly all of the 6000 villages depend on springs and spring-fed rivers for household water needs, this threatens water security and future growth. That is why the State government and its partners are creating a programme to turn things around. Following on the success of another mountainous state, Sikkim, a large-scale, community-based initiative is being developed from the ground-up to protect springs for long term water security. Based on a proven hydrogeologic approach, the goal is to build awareness about the importance of springs and then build capacity to identify and protect springsheds – the areas where springs are being recharged. From comprehensive training within line departments to facilitating village-based decision making, this is a serious effort to scientifically manage groundwater resources at a large scale.

Visiting the State, one can already see progressive work being done on groundwater management. While many state programmes focus on supply-side infrastructure, such as spring boxes, and pipe and tank distribution systems, Meghalaya has started identifying and protecting recharge source areas for village springs. In one of the most prominent examples, the Department of Soil and Water Conservation worked with a community to fence off four hectares above a spring to protect the area recharging the spring (see figure below). 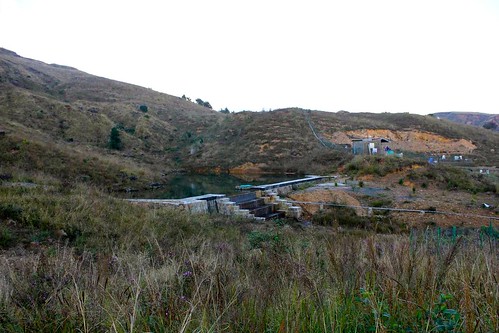 This type of targeted restoration and protection, where the source of a single spring is traced through hydrogeologic study, is the future of groundwater management, and it is particularly effective in a state like Meghalaya where widespread ecological degradation is impairing the water cycle and reducing the amount of spring water available to dependent communities. Activities such as small-scale mining of quarry stone, lime, coal and river sand, and loss of forest cover from tree cutting, and fuel wood collection, are impacting the ability of the land to capture, slow and store high intensity monsoon rains.

Over the last few months of this year, the State government has held several workshops to create comprehensive water policies, laws and a programme for spring protection. While much is still being considered, plans are solidifying for widespread capacity-building in hydrogeology.

The Government of Meghalaya is trying to bring in stakeholders from all concerned areas to work on this. However, with most of the land being privately-owned, the approach would have to be carefully designed.

Watch the video to find out more.