Ayan Biswas
16 Feb, 2015 . 7 mins read
The science behind Mazhapolima is perhaps best suited for Kerala’s context but it has truly created opportunities for people to participate in a movement. Here's a look at how it has worked there.

Mazhapolima is an open well recharge programme based on rainwater harvesting in Kerala. Facts and figures indicate that Mazhapolima was initiated in 2009 by the Thrissur district administration in collaboration with Panchayati Raj institutions to ensure water security to households. In the first 3.5 years, around 8500 open wells were recharged across 53 Gram Panchayats, providing drinking water to approximately 40,000 people. The programme was run by a team of dedicated people headquartered at the Thrissur district office.

This programme aimed to leverage funds from the Mahatma Gandhi National Rural Employment Guarantee Act (MGNREGA), a government scheme in India, which strives to enhance livelihoods for people in rural areas by guaranteeing 100 days of paid labour per year. The ultimate goal was to expand Mazhapolima to a few neighbouring districts, while bringing in a scientific understanding of shallow aquifers to improve execution and scale up.

Numbers speak for themselves but don't mean much without a story. The Mazhapolima story would not be complete without Jos Raphael, a water enthusiast and leader of Mazhapolima from the very start, who is relentless in his pursuits. He is passionate, almost obsessed with the idea of recharging open wells. His infectious energy and excitement is palpable when anything remotely related to Mazhapolima, open well recharge, water conservation or rainwater harvesting is brought up. At the same time, Jos is a practitioner in the truest sense. He is disillusioned with the intricacies of science and strategy. He believes in the power of community mobilisation and dedication to a cause. His logic is simple: “if you have good intent, if you know how to mobilise people towards a cause, good things will happen”.

Jos has worked tirelessly to maintain a strong relationship with the Thrissur district administration, keeping the passion for the programme alive through changing district officials. He grabs every opportunity to advocate Mazhapolima in public forums, puts up exhibition stalls during festivals like Pooram and speaks to schools and colleges in other districts. He had help from the media too with Kerala's largest circulating newspaper Malayala Manorama publicising the initiative. He also had the advantage of a proactive bureaucrat, Kurien Baby, who was the collector of Thrissur.

Kurien was instrumental in setting up the programme and the project team at the district. A senior civil servant, he recognised the value of decentralised water management and recharging of open wells, and was a true champion for Mazhapolima.

A non-linear approach to scale

The word ‘scale’ is clichéd and used loosely in development parlance. Yet, I am unable to resist my temptation to use it in Mazhapolima’s context. It is hard to find an NGO programme which has helped build thousands of structures in a district and which aims to emulate that across many districts. Though a registered society within the government system, Mazhapolima does not function like a typical NGO. Rather, it has characteristics of a citizen led movement, and it is most probably this that has led it to achieve ‘scale’ in its work. One wonders what led to this. In my opinion, this is partly to do with the simplicity of the idea, and partly to do with the approach.

A very simple idea was chosen - open well recharge - and it was passionately pursued. The programme team also trained a large number of masons and members of various Panchayati Raj institutions on the idea and approach of open well recharge. So much so, that it captured the popular imagination too. Jos has also created several champions of the idea within and outside the government system. Once a critical mass of actors got involved, the idea became self-sustaining.

Homesteads are a hallmark of staggered settlement patterns in Kerala. Open wells are a

common feature in these homesteads. Together, homesteads and open wells form part of a unique heritage in Kerala that influences living standards and shapes socio-cultural identity. Hence, an open well recharge movement has found resonance in this particular context. In addition, Kerala boasts of a strong grassroots’ democracy, which has enabled the devolution of functions and resources to Gram Panchayats. This has helped all developmental activities in Kerala, and Mazhapolima is no exception.

Science and the PGWM connect

Mazhapolima works with a simple logic: harvest rainwater, channel the harvested rainwater either directly to the open well (after passing through a sand and gravel filter) or put it into recharge pits constructed next to an open well. The approach is also very specific to Kerala.

In addition, there is some competition to Mazhapolima lurking in the background. Groundwater abstraction is around 50% in Thrissur. CGWB says most blocks (except one) in Thrissur are safe, meaning their groundwater resources are not considered over-exploited. Yet, one hears and senses a change, in that borewells are appearing in the district. Anecdotally, they are mostly used for irrigation but some Gram Panchayats have borewell-based drinking water supply schemes. This is an emerging issue in the larger context of Thrissur that needs to be understood more.

Participatory Groundwater Management (PGWM) posits groundwater as a common pool resource, and uses some form of Elinor Ostrom’s principles to manage it. The science of groundwater, building community capacities, and regulating the use of groundwater through social regulations are the pillars of the PGWM approach. In the context of Thrissur’s increasing use of groundwater, there are several lessons that Mazhapolima can learn and incorporate from PGWM – understanding recharge sites for construction of new open wells, or monitoring and analyzing water level data collected by the team. Some Mazhapolima team members have been trained in groundwater management, and are already incorporating this knowledge in their thinking.

Mazhapolima is in the process of being accredited by the Thrissur district administration.  Accreditation from the government will give Mazhapolima legitimacy and credibility as a service provider. Through this process, Mazhapolima will be able to charge a stipulated amount for providing advisory services, thus generating revenues to sustain itself. (see Box 2: A business plan for Mazhapolima).

The programme also received some funds from the Disaster Management Unit, Government of Kerala to cover part of its administrative expenses. Further, it is trying to tap into the District Innovation Fund. Considering that the programme team has been able to influence the Kerala government to make rainwater harvesting and groundwater recharge mandatory (a Gazette notification has already been issued in this regard) and that they have been able to generate demand for the idea and their services in other districts of Kerala, prospects do seem brighter.

In addition, Thrissur is a major commercial and business hub of Kerala. It is also touted as the heartland of Kerala’s business acumen and is home to almost every leading Malayali entrepreneur. It would definitely be worth looking at tapping into these businesses for support. But in order to achieve all that and stimulate further demand for services, the programme needs better visibility and outreach including a strong social media presence. 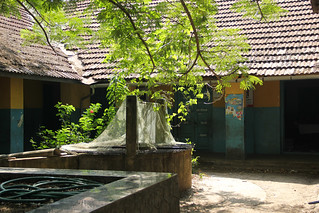 Mazhapolima is a bold experiment. It has achieved scale and captured popular imagination. Perhaps it is best suited for Kerala’s context but it has truly created opportunities for people to participate in a movement. It is about a maverick’s personal journey with a simple idea and approach. Going beyond his personal quest, not only did he successfully manage to mainstream it confronting the rough and tumble of the bureaucracy, but also created conditions for large-scale social change. Looking ahead, one also sees bright prospects for sustaining this experiment in the long-run.