ARTICLES
Maharashtra goes Doha for water
How the Doha model of groundwater recharge saved the livelihoods of farmers in Maharashtra.

There was a time when the farmers of Yavatmal district depended completely on rainfed agriculture. That was before the introduction of Doha, a water harvesting structure by NGO Dilasa Sansthan in 2014. Farming changed drastically after that, something which Sitaram Kove, a 40-year-old farmer of Rajini village in the district, will vouch for. Once a distressed farmer like many in Vidarbha and Marathwada, he is now content with the productivity of his six-acre-farm that has doubled since the introduction of Doha. 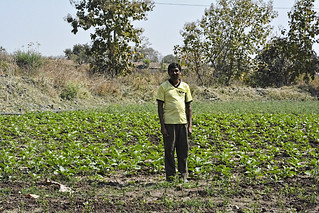 Doha is a low-cost, eco-friendly water impounding structure built in a stream with no casting material used. "We deepen and widen the streams in sections of 300 metres each with a gap of 100 metres in between. This structure helps in storing water and recharging groundwater," says Mansur Khorasi, programme director, Dilasa Sansthan.

News reports suggest that on an average, 2000 farmers in India quit farming every day. Suicides among farmers are common, too. The parched land of Yavatmal has witnessed many suicides of distressed farmers in the last decade alone. Dilasa's efforts in improving the water situation in rural Maharashtra have inspired many civil society organisations to come forward and help these farmers in distress.

To improve the agricultural production and to solve the drinking water problem in the country, the condition of groundwater, which is the lifeline of rural India, needs to be improved. This can be done if low-cost measures like Doha is implemented in an efficient manner.

“Earlier we were dependent on rabi crops but now with the improved availability of water through Doha, we are also growing kharif crops. The water availability has improved not only my life but of the other farmers also. Many farmers of our village can now pay their loans off,” says farmer Vilas Hauso Maraskole of Rajini village.

Groundwater recharge is possible if the natural drainage systems are cleaned regularly and maintained in an efficient way. Most natural drainage streams in India are filled with silt or are encroached for development activities like construction of buildings.

“During a land survey in rural Maharashtra, we found that in some drainage canals there were a few natural saucer-shaped water harvesting structures that stored water in it and have recharged groundwater efficiently in that area,” says Khorasi. The Dilasa team effectively used their field observations and developed a Doha model that can be used in parched farmlands. 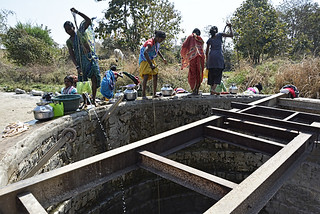 “During summer, the women of our village used to travel 1.5 km to bring drinking water because the hand pumps dry up in March. But since the last two years, the situation of drinking water is improving and the water availability in the hand pumps has also improved significantly after the construction of Doha in our village,” says 42-year-old Rukma Bai Tumri.

Dilasa built more than 600 Doha structures in eight districts of Vidarbha and Marathwada in the last four years. These structures created a storage capacity of about 300 crore litres which benefitted more than 20000 farmers through crop irrigation facilities. It has also helped more than 70,000 people by improving drinking water availability in 75 villages in summer.

Dilasa's low-cost Doha initiative has improved the lives of many marginalised farmers. It needs to be seen how the villagers take it forward.