ARTICLES
Keepers of a complex irrigation system in Bihar
The Ahar Pynes irrigation systems were originally built and managed by the Zamindars of South Bihar. How does the system function today and who is responsible for it?

For as long as local records exist, the countryside of  South Bihar has witnessed a lone man striding across the fields night and day. In the past, he was accompanied by a lantern and a lathi. Today, his companions are a bicycle and a mobile phone. He is the Bandhwe, a man charged with overseeing the irrigation channels of the area. The term 'bandhwe' rises  from the fact that this person was usually well-built and carried a lathi, so no one had the temerity to tie him up.

In the words of Rameshwar Yadav, a Bandhwe in Bihar, 'When the water starts flowing in the pyne, I take my cycle, and inspect it. If it is broken, or damaged, I report it to the pyne members. I have (the names of) five pyne members in each village. I either call them up on their mobiles, or go and tell them that 'sir, your embankment is  broken. You repair it.' My work is not to repair it, it is  just to inform them where the water is  leaking.'

As remuneration, each household gives him 5 kg each of wheat and rice. The Bandhwe is only one part of a chain of people engaged in the complex process of managing the ahar-pyne systems of Bihar.

These irrigation systems consist of two separate parts. The Ahar is an impoundment of water, usually by constructing a small or large embankment in a region where water collects. Outlets from this impoundment carry water through small 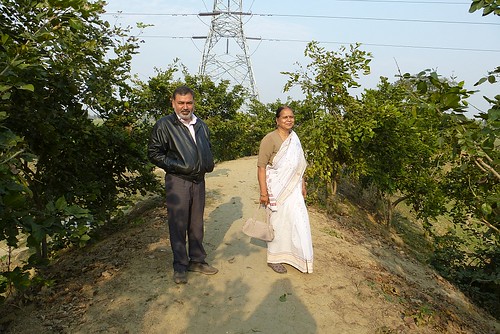 According to Prabhat Pandey of the Magadh Jal Jamaat, 'the difference between the pynes and traditional canals is that a canal only collects water at the point from where it originates. The pyne collects water from various points of  its length.' Some pynes also function without Ahars, and arise from a river. The pynes meander across villages irrigating them along the way. A single pyne, along with its tributaries,can irrigate several villages.

One such pyne arises from the Jamune river in Gaya district. Ramanand Sharma, President of the Gaya district Pyne committee described it. He said,'Jamune Dashayan Paine starts at Khorma chaparda. There are 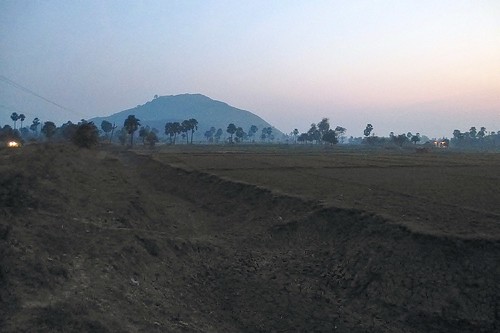 three mountains. These three have been encircled to form a reservoir. Water from the mountains is collected in the reservoir, and the pyne also starts from that. This main pyne is about 25 kilometers long. It has many branches. With the branches, the pyne system has a length of 50 kilometers and supplies 30 villages. '

Vaidehi Sharma-the President of the Jamune Dashayan pyne Committee-spoke about the management of the pyne. He said, 'A committee is formed of all the villages that take  water from the pyne. In addition, a committee is formed at each village. Various officeholders - president, vice president, treasurer- are chosen for each committee. These office holders then are the members of the district-level committee formed for the entire pyne. This forms a triangular hierarchy that culminates in the peak where 2-4 people are responsible for overseeing the entire system. Just as I am the president of the Jamune Pyne, there are several other presidents.'

Ramanand Sharma also clarified that rationing of the water, or only supplying a measured amount is done in the Rabi,or winter, 'Parabandi- or taking turns for water- starts from October and lasts for about 21 days. There are two such runs of water or para, for wheat. After October,the next is around Diwali when people plant their land with wheat.After that the wheat is irrigated one more time, and this uses up the stock of water. For these two irrigations, parabandi is done. The order in which villages get water, and the number of hours for which they get it is all planned.'

When asked how  the committee deci 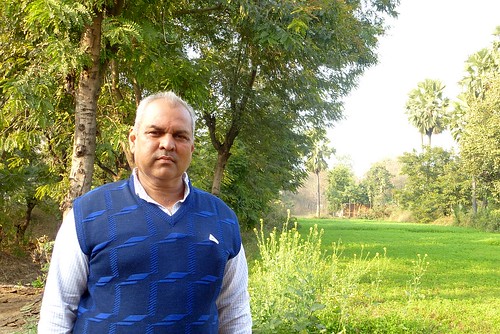 des how much water to allot to each farmer Vadehi  Sharma replied,'This is not a matter to be decided. When the water level (in the ahar) increases, water continues to flow in the pyne for 3-4 months- through Kharif and into Rabi. When it is raining, it just flows by gravity and all farmers get the water. When the rains stop, there is a rationing system. One person gets it  for 4 hours, one for3 hours. This has been determined from the beginning. We don't know when this was determined, but it still works. The rules are written down. There is a record that is approved by the government, all management of the pynes is as per this record.The zamindars created the infrastructure.The government accepted this system.  Both the government and the committee have a copy of this record. ' Ramanand Sharma did  say  that there are sometimes inequities in distribution. 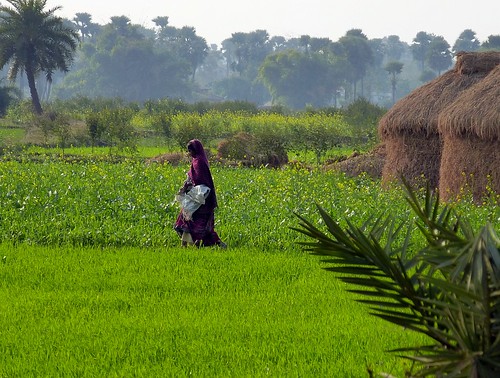 Vadehi  Sharma was very clear about why it is  that people continue to follow this system. 'Generations might have changed, but needs have not. If you don't follow a system like this, you have to tamper with the natural systems. The depletion of groundwater has affected everyone.If a farmer's well or handpump fails, then he needs to look for another system. Setting up another well costs a minimum of one lakh. From where can a farmer bring one lakh? and what about the waste of his  initial investment?'

This  community management takes the form of 'gomami'.This is where the farmers from one village form a group when their turn for water is due. They go to the village upstream of theirs and a 'handing over'of the water takes place. 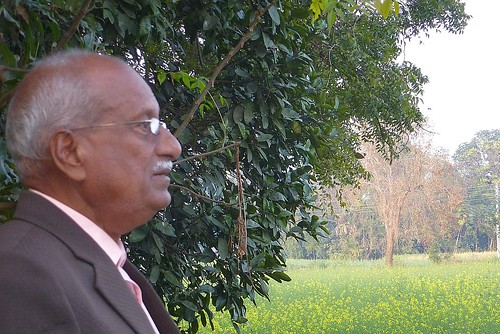 Ramanand Sharma explains, 'Each household will send a person during parabandi. Suppose it is fixed that our village will receive water on a particular date. This group will reach the place, saying that your time is up, now release the water. This is why gomami is essential. This ensures that water is taken in time, and let downstream in time.'

Ramanand  Sharma also said that there are times when people try to use force to take more water than is due to them.in that case, it is necessary to resolve disputes. Vaidehi  Sharma explained both the reasons for conflict and the means of  resolution. 'Now the old systems are breaking, new systems are being formed. People are concerned with their individual worries. Reinstating a collective system like this takes a lot of work. People do not always participate to the extent that they should.
A lot of things need to be managed. People need to be cajoled, disagreements need to be resolved. If someone is not giving water, they need to be convinced. There is a general meeting once a year. Some changes are made there in the rules.

But the system is so strong that even if we want to, we cannot change it. It has now become a tradition.'