If you dont clean our shit then who will

"Swaraj is a meaningless term, if we desire to keep a fifth of India under perpetual subjection, and deliberately deny to them the fruits of national culture". - Mahatma Gandhi

Kiran from Bahurasa in Madhya Pradesh has been the sole bread winner for her family since her husband is a drunkard. She gets Rs. 5-8 per month per house for clearing the toilet waste. She also gets some leftover food everyday and some old clothes to wear. Nothing about this story is surprising as the life of other manual scavengers is just the same.

They live in remote colonies in the poorest of conditions without access to drinking water, sanitation and other essential services. The workers are affected by cardiovascular diseases, respiratory disorders and are sometimes prone to psychological disorders too. They are often exposed to infections as many don't have when gloves, boots or any other guard.

What is manual scavenging?

It is the manual removal of human excreta from dry latrines and sewers. Census 2011 has found 7.94 lakh cases of human scavenging in the country. The practice was found prevalent in Jammu and Kashmir (1.78 lakh), Uttar Pradesh (3.26 lakh) and West Bengal (1.30 lakh). People engaged in this activity are the worst victims of untouchability. They are considered untidy and impure and are placed at the lowest level of the caste hierarchy.

The 'Manual Scavengers and Construction of Dry Latrines (Prohibition) Act' enacted in 1993 by the Government of India prohibits manual scavenging in the country. Though many states claim that they are free from this practice, the recent census reveals contrary information (Times of India).

In 2013, the the Ministry of Social Justice and Empowerment passed the 'Prohibition of Employment as Manual Scavengers and their Rehabilitation Bill', to ban manual scavenging and rehabilitate those who were forced to do it. Under the new law, each occupier of an insanitary latrine is responsible for converting or demolishing it at his own cost. If he fails to do so, the local authority will convert the latrine and recover the cost from him.

The earlier act of 1993 failed to eradicate manual scavenging. It didn't even get the definition of it correctly as it did not include underground drainage cleaners and such others. The Act also provided loan-based rehabilitation programmes, which discouraged people from availing the benefits due to the fear of getting caught in debt trap.

In November 2012, thousands of Dalit women started a 63-day long National March – Maila Mukti Yatra, for eradication of manual scavenging under the 'Rashtriya Garima Abhiyan' banner, demanding comprehensive rehabilitation of people who have been forced into manual scavenging. The march crossed a total of 200 districts in 18 states.

As a result, a new bill titled the 'Prohibition of Employment as Manual Scavengers and their Rehabilitation Bill 2013', was passed.

Unlike the earlier Bill, the current one builds on the strong legislative framework that already exists prohibiting untouchability and bonded labour. It adds a comprehensive definition of manual scavenging by including spaces such as the sewage system, septic tanks and railway tracks. 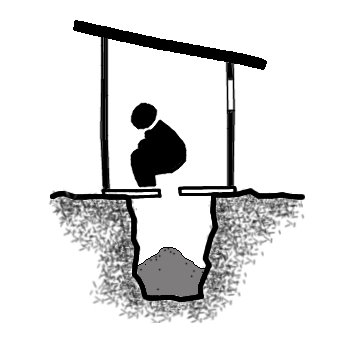 In places where groundwater is extensively used to meet the domestic water requirement and at the same time, simple pit toilets are used because they are cheap, there is a possibility of human and ecological health impacts due to the pollution of groundwater.

As simple pit latrines generally lack a physical seperator such as a concrete slab between stored human feces and soil and/or groundwater, there is a greater chance of pollutants from the excreta stored leaching into the groundwater and spoiling it. At a study site in India with a shallow water table and fractured rock aquifer, high concentrations of fecal coliforms were found in domestic wells located near pit latrines and septic tanks (Environmental Health Perspective)

Not just a moral issue

The issue of manual scavenging should not only be addressed as a social issue but also as an environmental issue as it is closely related to sanitation. Hence a comprehensive approach is essential.

As Minister Jairam Ramesh said while addressing a panel discussion on manual scavenging at the inauguration of an exhibition "Breaking Margins: For Social Inclusion" in Delhi in December 2012, the final step in the eradication mission is re-settlement. The government must provide an alternative livelihood to nearly 200,000 manual scavengers. Self-help groups in villages working under the National Rural Livelihood Mission have to create collectives of manual scavengers for skill training.

As Vishwanath, a water expert from Bangalore says, on one hand the government creates a law to eradicate manual scavenging and on the other in a national programme called Nirmal Bharat Abhiyan it promotes single pit toilets. This indirectly creates a demand for manual scavenging by creating 130 million single pit toilets along with improper underground drainage and sewerage networks. 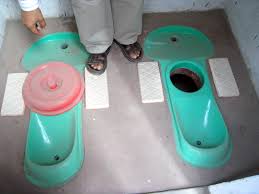 He feels that an excellent solution for the railways is to have Bio-toilets in trains and mechanized suckers at the railway stations. Bio-toilets ensure 100% sludge-free disposal of human waste eliminating the need for manual scavenging.

Gramalaya, an NGO in Tamil Nadu has come out with technological and design solutions such as Eco-san toilets with two chambers and two squat holes with a urine separation facilities to help people make informed and affordable choices for healthy sanitation at household level.

As Indira Khurana, WaterAid's Head of Policy in India says “The vibrant face of modern India has an ugly stain – the practice of manual scavenging” (Wateraid America).

After the analysis, it still isn't clear whether manual scavenging still persists due to the lack of alternatives or the lack of will. Implementing the new Bill will hopefully ensure that it isn't because of the lack of law.