The weather station at Randullabad that helps farmers plan their crops. (Photo by Manu Moudgil)

At 42 years, Bhagwat Ghagare seems young. But he is old enough to have seen his village prosper and decline many times. Farming had traditionally been small and distress migration rampant at Kumbharwadi in Ahmednagar district of Maharashtra.

Between 1998 and 2002, a non-profit organisation, Watershed Organisation Trust (WOTR), initiated a work related to rainwater harvesting and soil conservation. Villagers dug trenches and ponds, built farm bunds and planted trees, leading to groundwater recharge. Around 40 borewells came up to fetch groundwater, farm area doubled to reach 330 hectares and sugarcane and wheat replaced millets and pulses. Everything seemed perfect except that the water was not endless.

Within nine years, crops started failing in want of crucial, fag end irrigations. Sugarcane was the first casualty. “By 2011, we stopped getting crops during Rabi (autumn-winter) season. Many would migrate with their cattle towards river floodplains during those months. There was neither fodder nor water for them in the village,” says Ghagare. “Some families would take up sugarcane harvesting work in neighbouring regions. Almost everything we had gained was withering.” It was time for Kumbharwadi to undergo another turnaround. And this was to come through the science of calculations.

Water budgeting, especially for crops, is gaining currency across the country thanks to experiences of villages like Kumbharwadi which continue to squander off their hydrological resources to meet market demands. Farmers in semi-arid Punjab are growing paddy that has depleted groundwater tables while their counterparts in north Karnataka irrigate arecanut plantations by sinking multiple borewells which fail regularly. Paddy is more suitable for high rainfall plain areas like West Bengal and Kerala and arecanut does well in coastal areas besides parts of Western Ghats which experience wet weather. Water budgeting helps farmers recognise such follies.

Estimates suggest that the groundwater level in India declined by 61 percent between 2007 and 2017. Around 89 percent of groundwater is extracted for irrigation followed by domestic (nine percent) and industrial (two percent) uses. There were 20.52 million wells and tube wells used for agriculture in the country in 2013-14, says the 5th Minor Irrigation Census. We are also digging deeper.

In 2006-07, there were 1.45 million deep tube wells/borewells, which grew at a rate of 79 percent to reach 2.6 million in 2013. More than 12 percent of these borewells, however, either dried up or were yielding low discharge due to over-extraction, adding to the financial burden of already indebted farmers. 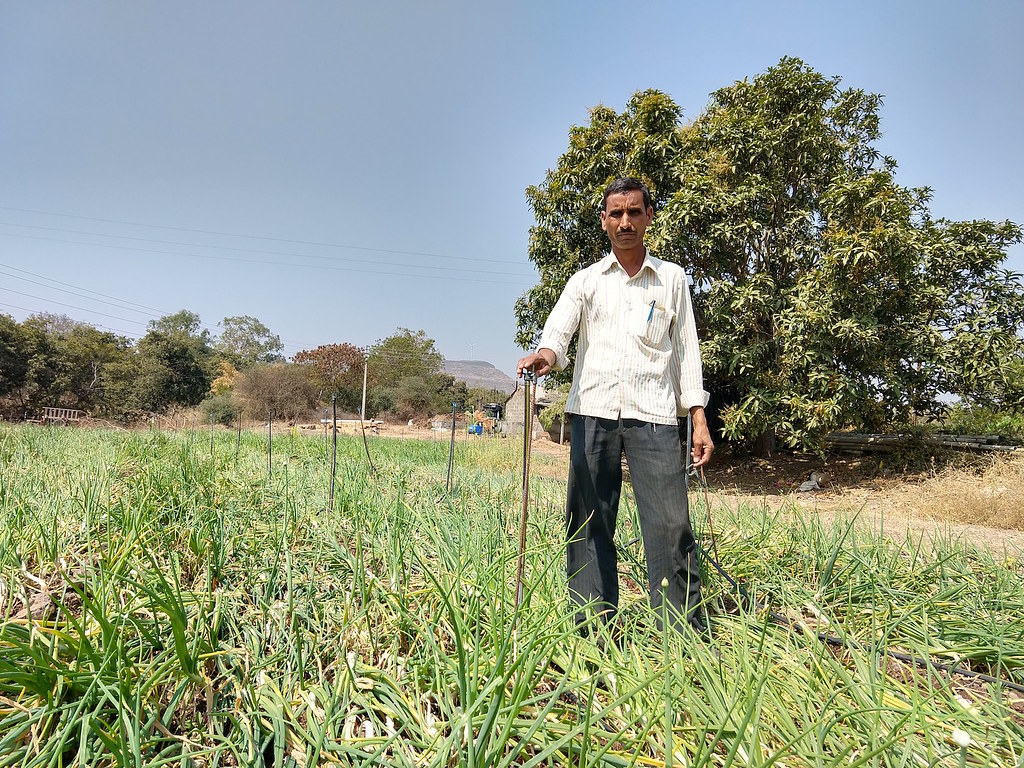 It is thus essential to monitor and regulate the use of groundwater, especially for irrigation. Most of the rainwater harvesting and recharge work is, however, focussed on increasing the supply to make villages prosper through farming, dairy and meat production.

“When more water is available, people start growing water-intensive cash crops or expand the farming area to maximise benefits,” says Eeshwar Kale, senior researcher at WOTR. “After the conservation work, we realised that we now need to pay attention to demand management and water governance at the local level. This could only be possible if people were able to understand and quantify groundwater,” he says.

Once they understand scientific aspects of groundwater, people can formulate management rules for judicious use

It is easier to estimate surface water by looking at ponds and tanks and plan accordingly. On the other hand, groundwater is hidden in complex layers of soil, rocks, sand and gravel. Farmers possess traditional knowledge about groundwater, but that is not always enough to make informed decisions especially when means of extraction, like borewell technology, have changed drastically. This is why organisations are now working on the transfer of technical knowledge to people.

“Once they understand scientific aspects of groundwater, people can decide management rules for using it more carefully,” says Uma Aslekar, the senior scientist with Advanced Center for Water Resources Development and Management (ACWADAM), a Pune-based non-profit organisation training people in groundwater science. “They realise that groundwater is a common resource, not private property, and hence require collective action,” she adds.

WOTR installed two rain gauges in Kumbharwadi to capture location specific rainfall instead of government data that covers the whole block or district. A sensor instrument is used to calculate the groundwater level. The sensor, lowered with a rope into a borewell or dug well, beeps at touching water, giving its exact depth.

This data is combined with the discharge rate of borewells (amount of water from borewell collected in a bucket in one minute). Villagers then compare this information with different water usages, including those for domestic purposes, animals and agriculture. There is already scientific data available on water availability for each crop. “We have around 25 indicators to calculate whether the village is water surplus or deficit,” Kale says.

This information about water is put on public display boards. If there is less water available than the need, villagers start thinking about how to make do with what they have. “For instance, we know wheat takes four months of irrigation but green peas and potatoes need two-three months. So we go for these crops and in worst case scenario, fodder grass,” says Ghagare. “This means we are able to get something even during water-scarce years as compared to earlier times when the whole crop of wheat would fail for want of last two irrigations.” 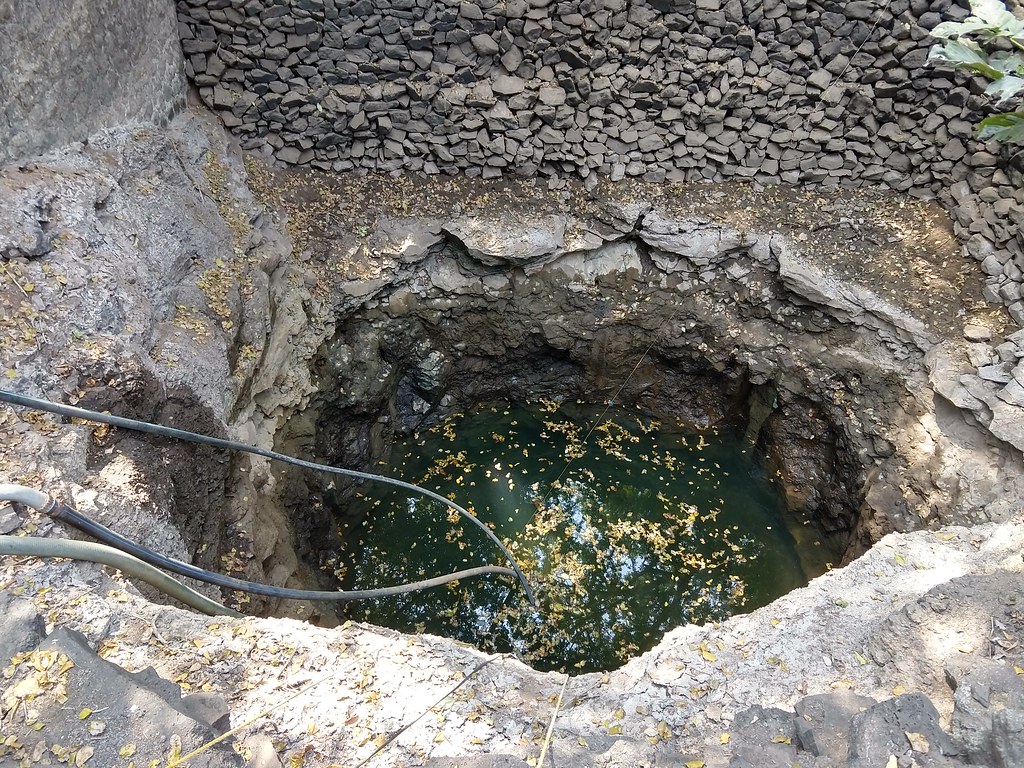 For the village with 750 population, Kumbharwadi has not had another borewell in addition to the existing 40 borewells. “Once we understood the concept, there was a consensus not to have new borewells. Instead, the farms were put under drip and sprinkler irrigation to get more from drawing less water,” Ghagare says.

Pomegranate, mango, green peas, maize and quinoa are the new crops that farmers are growing beside their old favourites of vegetables, millets, wheat and pulses.

“People don’t need to migrate because there is enough water for everyone. Also, labour work is available on vegetable farms throughout the year,” he says, adding, “Our dependence on tanker service has reduced. This is the result of water budgeting.”

WOTR has extended this concept to more than 100 villages in Maharashtra and Telangana. The operation and maintenance costs for the equipment is met through village development plans that combine government schemes with water budget exercises. “Our main focus is to build a cadre of water stewards who will continue to do this exercise even when we leave the village,” Kale says. “They should not be dependent on us for monitoring or funds.”

Once we understood the concept, there was a consensus not to have new borewells. Instead, the farms were put under drip and sprinkler irrigation

Here farmers used to grow four types of crops during the Kharif (summer-monsoon) season and six crops in the Rabi (winter) till 2011-12. Today, nine different crops during the Kharif and 17 in the Rabi flourish in the same fields. ACWADAM also added market profitability to the calculation and found that green peas gave maximum profit per unit of pumping while wheat gave the least.

“We not only harvest rainwater but also use it wisely. Every year, we calculate rainfall and decide on the best crops to grow depending on water availability and market demand,” says Ganapat Jagtap, a farmer who was involved in the water harvesting and budgeting process. “Over the years, the area under wheat and tomato has reduced while peas and rajmah (kidney bean) have expanded.”

One of the main insights people gain through scientific understanding is that groundwater is a common resource held in large aquifers underground and not exclusive to the person who owns the land or the well. This new knowledge can thus thwart the first-mover advantage rich farmers enjoy in the race to the bottom of aquifers, at the expense of others. All rules related to groundwater use are presented and approved in the gram sabha. Anyone opposing these in Randullabad is counselled and if need be, compensated.

“A poultry farmer wanted to have a borewell to get regular water supply for his hens. The gram sabha decided against it but provided an additional connection from the village’s drinking water well,” says Dr Prajakta Jagtap, former sarpanch of Randullabad. “The allocation is less than what a borewell would have provided for the poultry but it pacified the person,” she adds.

During the drought period of 2012-13, when most villages in Marathwada and Western Maharashtra were struggling to meet drinking water needs, Randullabad was taking late Rabi and summer crops, thanks to this innovative governance.

During drought of 2012-13, when most villages in Marathwada and Western Maharashtra were struggling to meet drinking water needs, Randullabad was taking crops

Crop water budgeting is not easy and requires consistent involvement of people. The Andhra Pradesh Farmer Managed Groundwater Systems (APFAMGS) is often hailed as a good example for people-led groundwater management and crop water budgeting. Farmers shared borewells, used drip and sprinklers and reduced the area under water-intensive crops. The monitoring, however, declined when implementing NGOs and government agencies withdrew from the village, especially in villages with weak social bonds, says a study by the International Water Management Institute.

Of 49 habitations in four districts, only three continued practices and activities started during the APFAMGS programme. Only 34.88 per cent of habitations continued to collect groundwater level data and the equipment needed repair or replacement in rest of the habitations.

In villages where the system still worked, farmers had either organised themselves into cooperative credit societies or had continued commitment from the NGOs even after the project period. The study also found that farmers were more cautious and followed rules in villages where groundwater levels were low whereas negligence crept in at places with abundant groundwater.

"Groundwater management and budgeting is a good concept but there are always farmers who don’t want to follow rules and maximise use of borewells,” says C. Bakkareddy, programme manager with WASSAN, one of the implementing non-profits under APFAMGS. “The only check for them is a strong village institute but that’s not always possible. Government regulations should supplement the social rules to make the idea work.”