ARTICLES
Harike needs a hand
Despite their protected status, Ramsar sites face many ecological issues. In our bid to know wetlands better, we visited some of these sites. Here's what we saw at Harike.

Harike wetland is the direct result of the Indus Water Treaty between India and Pakistan. To make best use of the waters of eastern rivers allotted to it, India constructed a barrage near the confluence of Beas and Satluj in 1952 from where two canals take water to the fields of Punjab and Rajasthan. Though the area was always marshy, the barrage ensured a reservoir with ample water for the fish to thrive and attract various kinds of resident and migratory birds.

The wetland, spanning 41 sq km of three districts in Punjab, was deemed to be of international importance under the Ramsar Convention in 1990.

With around 360 bird species, the wetland is famous with birdwatchers and researchers. Swedish birder Per Undeland has made several new bird records here for Punjab.

Diving ducks including crested pochard to tufted ducks, seven species of turtle and 60 species of fish, including river dolphins, have been recorded here. Smooth Indian otter, jungle cat, jackal, Indian wild boar and the common mongoose are the mammals that can be spotted in the sanctuary.

However, pollution, encroachments, invasion of alien weeds and soil erosion are derailing the conservation efforts of the once peaceful habitat.

Satluj is the most polluted river of 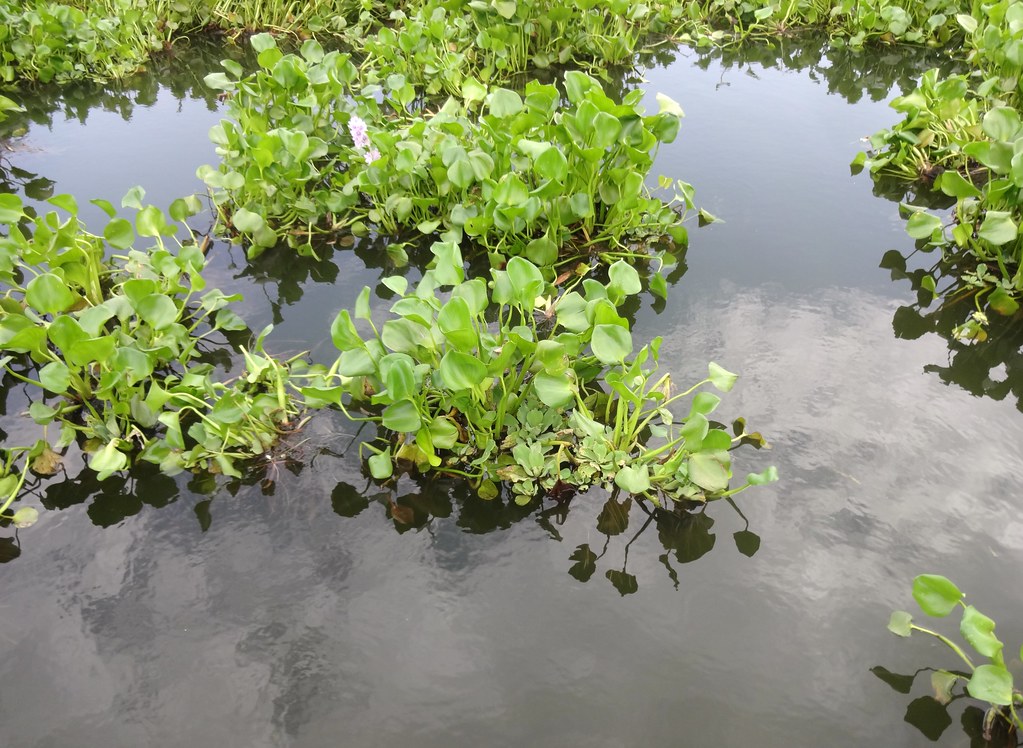 Punjab as it gets wastewater from big cities and industrial townships like Ludhiana and Jalandhar before merging with the comparatively cleaner Beas. A 2011 study found the water quality index (WQI) at Harike to be ranging from 489 during monsoon to 867 in summers. WQI less than 50 is considered to be fit for human consumption while above 100 is severely contaminated.

Such high level of pollution is further exacerbated by water hyacinth (Eichhornia crassipes), an invasive aquatic plant that blocks sun rays from entering the water. This reduces oxygen levels, impacting fish and other underwater plants. Several attempts have been made in the past to deal with the spread of water hyacinth at Harike.

In 1999, the army’s help was sought to clear around 7 sq km area, but, being highly productive, the hyacinth has come back to occupy a sizeable portion of the wetland. The machines equipped with conveyor belts, which used to lift the weed from the water, remain unused now.

WWF-India’s field office at Harike tried engaging women of surrounding villages to make handicraft items using the roots of water hyacinth. “Though the programme started well, it had to be dropped due to lack of market access,” says Gitanjali Kanwar, senior project officer with WWF-India.

Several big and small encroachments have cropped up in the sanctuary area over the years. A 2014 study using periodic satellite data found a significant land cover change. Overall, the wetland shrunk by 13 percent from 1989 to 2010, with the northeastern side experiencing maximum shrinkage resulting in the reduction of wetland vegetation.

Replacement of this deep-rooted vegetation with shallow-rooted crops with less soil-binding properties could lead to increased runoff. Expansion of farm area also leads to higher concentration of pesticides and fertilisers in the wetland, impacting the habitat further.

“Every other day, land mafia tries to gain hold over the sanctuary area. Unfortunately, there’s no proper demarcation and the only segregation is through natural boundaries. But even that’s not duly respected. The sanctuary is spread over 86 square km and around 100 acres are still under illegal occupation. The land is being resold on the basis of simple stamp papers,” says Sanjiv Tiwari, a former divisional forest officer at Harike.

Besides the farms, religious organisations have also laid claim to the sanctuary land. In fact, a public interest litigation is currently being heard in the Punjab and Haryana high court on the issue of illegal construction.

Use the slider to see the change in land use over the years (Source: Landsat satellite data)

Narbir Kahlon, a Chandigarh-based birdwatcher and regular visitor to Harike, says the state government is interested in promoting Harike as a tourist spot instead of protecting it as a sanctuary. “Encroachments are done through political patronage. The forest officials, who curbed these encroachments and poaching, got transferred,” he says.

In this Facebook post, wildlife enthusiast Sanjeet Mangat details the loss of sandy habitat of Indian eagle owl due to the expansion of farm land. Its diverse and distinct deposition got Harike the honour of being one of the 27 Ramsar sites in India. Determined political action will be required to meet the commitments we made for conservation.

Get the latest news on water, straight to your inbox
Subscribe Now
Topic
Technology
Lakes, Ponds and Wetlands
Contamination, Pollution and Quality
Chemical Pollution
Ecology and Environment
Biodiversity
Sub categories
News and Articles
Regions
Lakes and Wetlands
Punjab
Harike
Continue reading
Sign up for our newsletter
A newsletter from India Water Portal for the latest updates around water and related issues in India.
About
Contact
Terms of use
Privacy Policy
Subscribe