Going wild in a bustling city

Manu Moudgil
12 Mar, 2017 . 4 mins read
Once ravaged by the mining industry, Asola Bhatti, the only wildlife sanctuary in Delhi is a refreshing sight now with dense flora and a thriving wildlife.

Nilgai (blue bull) is in abundance at the sanctuary.

The reclusive family decides to stay indoors due to the overcast sky on a Sunday morning. The parents are seen walking down the road twice, but they dart back after noticing the visitors. The golden jackals are not known for gregariousness, at least not towards humans. The nature trail to meet these canines would remain as cloudy as the sky.

We are at Asola Bhatti, a 6,874-acre wildlife sanctuary on the south-eastern edge of Delhi, which is also the eastern flank of the Aravalli hill range as the Gangetic plains take over past here. The usual scrub forest of the Aravallis is rooted in the red-coloured coarse sand (red silica) popularly known as the Badarpur.

The gnawed hills and deep ravines stand testimony to the mining industry that once thrived here through extraction of Badarpur, stone and quartzite. The miners dug so deep at certain places that they ruptured the groundwater aquifers. Some of these depressions are over 100-feet deep and turn into artificial lakes post monsoon. 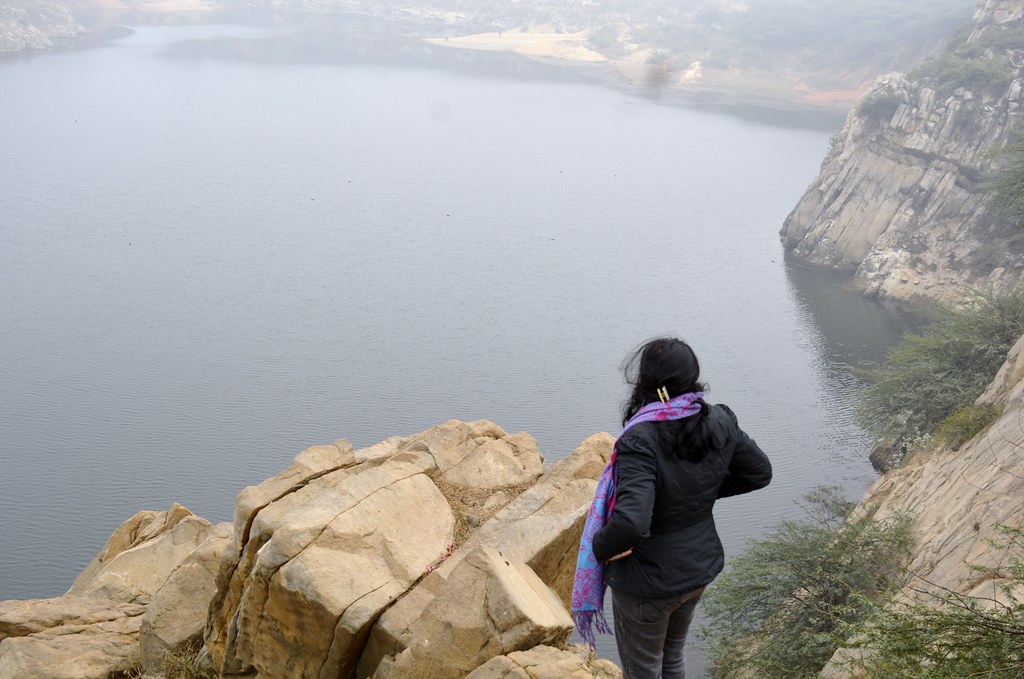 Public interest litigations filed by environmentalists led to a ban on mining and Asola was declared protected area in 1986. Five years later, Bhatti village was also notified as a protected area thus leading to the formation of the only wildlife sanctuary of Delhi. In fact, this is one of the few mining sites in India which has been rewilded. Being in the highly populated city, this sanctuary is important as a “green lung” and has the capability to mitigate local level warming in the national capital region.

Like other parts of Aravallis, Asola Bhatti is also affected by the infusion of Prosopis juliflora, an invasive species that has edged out native trees. “Prosopis Juliflora, also called vilayati keekar, spreads very fast on barren land and doesn’t support other vegetation under its canopy. On the other hand, native trees take a long time to flourish,” says Sohail Madan, who heads the Conservation Education Centre that conducts nature trails at the sanctuary.

Despite immense pressure, the sanctuary retained some of the native flora and Eco Task Force of the Territorial Army took over the rejuvenation work in 2004 with focus on plantation of native trees. But it remains tough. A 2014 study done by the Indian Institute of Remote Sensing, Dehradun, looked at four vegetation types in the sanctuary, including Prosopis juliflora, Anogeissus pendula (dhok), forest plantation and the scrub. It found that Prosopis juliflora was the dominant vegetation covering 70 percent of the total area. Its cover was also found to have the highest mean volume and the mean woody biomass.

“Prosopis juliflora spreads fast in a disturbed land as was the case with this region. I believe that juliflora is adding biomass to the soil degraded by mining. This will help successive species to flourish,” says Madan. 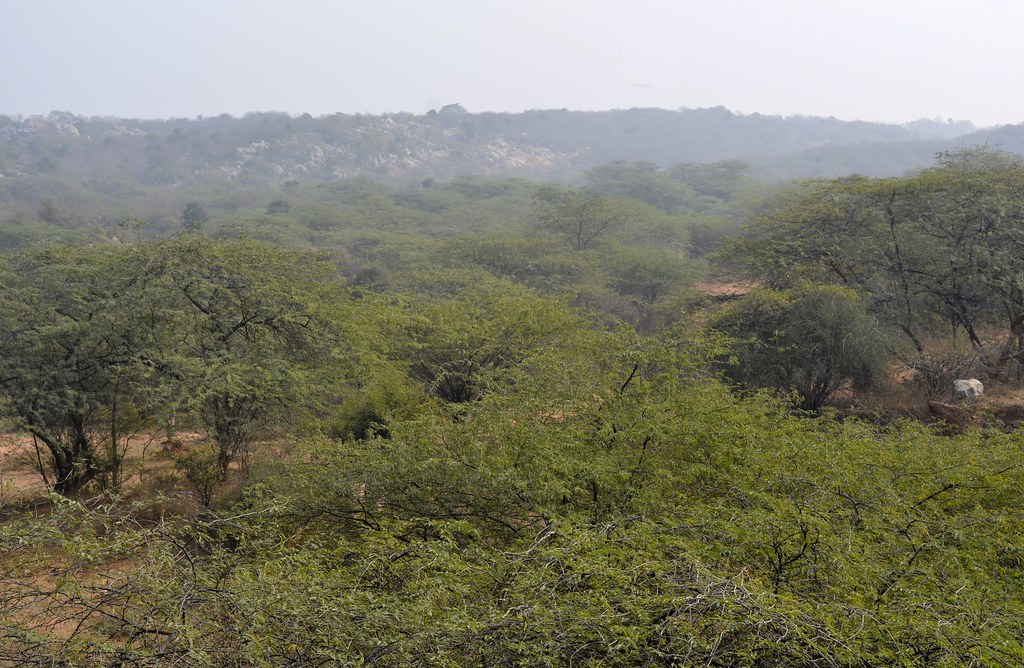 Ahead on a wooded path

That the sanctuary is on the right path is indicated by the rise in wildlife. Native flora is always helpful to native fauna. Nilgai (blue bull) is in abundance and so are the monkeys, which were captured from the city area and released here. 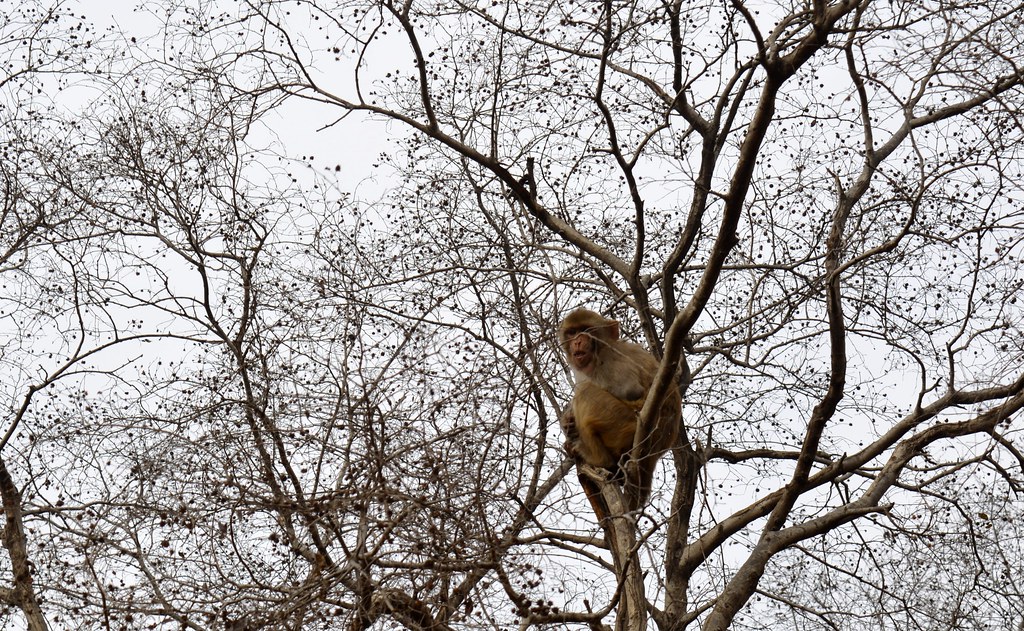 Blackbuck and Cheetal enclosures have helped increase their population as well. The number of owls has also gone up as they are dependent on rodents. In fact, the mining pits in the hills are acting as perfect nests for an Indian eagle owl family. Most significant sightings have been of vultures which are not common in the Delhi-NCR area. While Egyptian vulture has been spotted multiple times, rarer red-headed vulture and Himalayan griffon have also been sighted.

There are more than 50 jackals now. “Jackals were always endemic to this area but due to rampant mining, they had moved out. Now with the halt in human activities, they are back and have a good population of rodents and berries to feed on,” says Madan. The presence of a leopard has also been registered in the sanctuary due to the rise in the population of its prey here.

At the lakes, Little Comrent, Spot-billed Ducks and Common Pochard can be easily spotted. The Conservation Education Centre has been conducting nature trails and educational tours here besides lobbying with the Haryana government for the protection of the Mangar Bani forest area adjoining Asola Bhatti. “These forests are connected all the way to Sariska Tiger Reserve in Rajasthan through Mangar Bani. This region has great geological and biodiversity importance,” Madan says, 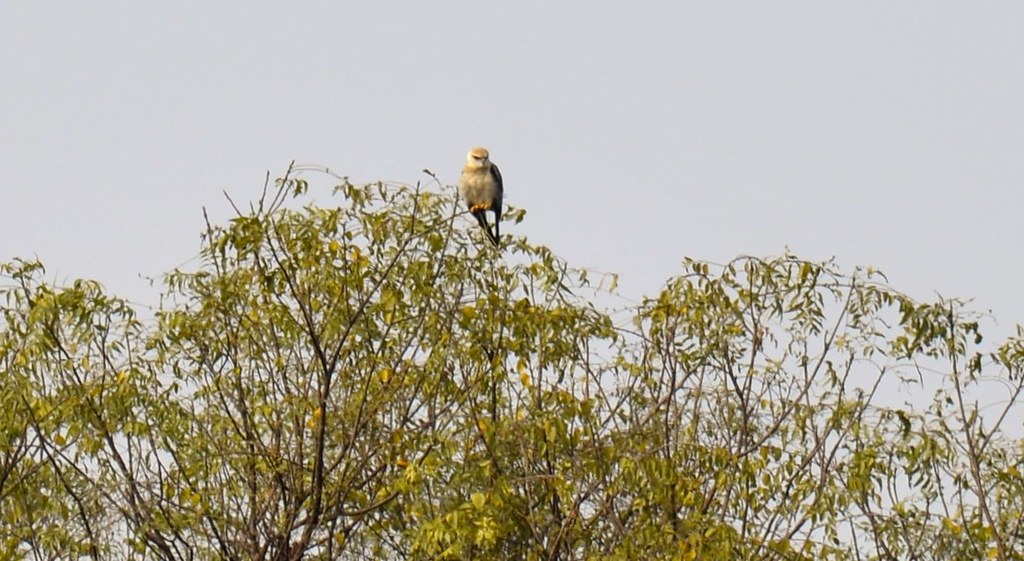 However, being surrounded by habitations like highly-dense Sangam Vihar, the sanctuary, especially the Asola area, has to bear with human pressure. Besides encroachments, which are currently being contested in courts, dumping of garbage, poaching and cattle grazing are common in the sanctuary area nearer to these habitations. “Sadly, the grazing and encroachments are rising over the past few years. The sanctuary is a good habitat for wildlife, including not so common birds like Painted Sandgrouse and the vultures, and hence conservation measures need to be strengthened,” says bird watcher Kanwar B. Singh. 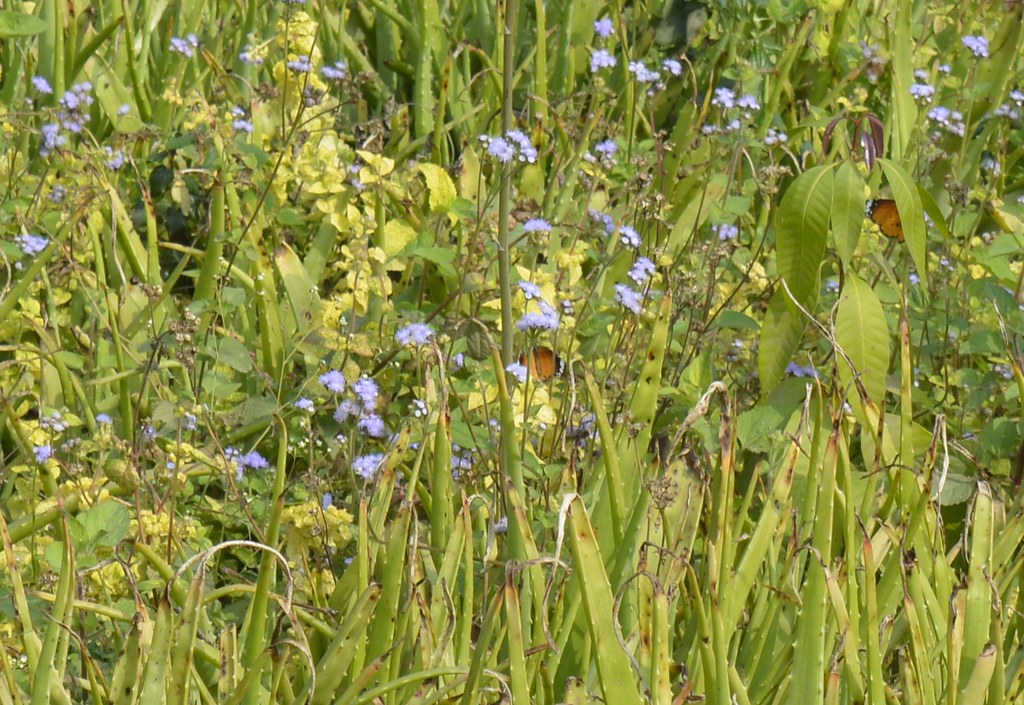