Forced displacement: A gendered analysis of the Tehri dam project, Uttarakhand - An article in EPW

Vandana Asthana
10 Jan, 2013 . 3 mins read
This paper by Vandana Asthana in the Economic and Political Weekly (EPW) examines the lived experiences of displaced women based on the empirical findings of research that looks at women displaced by the construction of the Tehri Dam and their relocation elsewhere.

This paper by Vandana Asthana in the Economic and Political Weekly (EPW) examines the lived experiences of displaced women based on the empirical findings of research that looks at women displaced by the construction of the Tehri Dam and their relocation elsewhere. 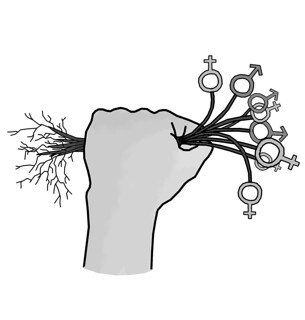 Development-induced displacement has brought about a profound economic and sociocultural disruption to the victims of displaced communities. While forced displacement affects both men and women, women experience displacement and relocation in a particularly gendered way. This differential impact on women occurs due to the gendered division of labour that has arisen from socio-historical processes of men's traditional incorporation in the wage-earning and labour-oriented tasks while women remain on the land jobs and its management on a daily basis. Resettlement and rehabilitation policies expose the male biases inherent in the insensitivity of the governments towards needs of women.

The Tehri dam case study applied a culture-based understanding of the dam displacement processes in Uttarakhand in north India through the lens of the affected women. The question asked was: “How do women experience displacement and relocation in the dam project?” In a region where women and children make up the majority of the displaced population, insensitivity to the needs of women has shaped post-rehabilitation programmes in a way where women face impoverishment, income decline and destitution. The eight interlinked potential risks intrinsic to displacement identified in Cernea’s model manifest themselves in the daily lives of these displaced women. They suffer from loss of land, joblessness and homelessness.

Many of them live in tin sheds as they have lost their traditional houses and cannot afford to build new ones. They also suffer from a loss of access to commons, which creates a fodder and fuelwood shortage and decline in income and food diversity. The women face further hardships when community support structures disintegrate and family and kinship networks break down. Systems of care, protection, compensation, and R&R remain largely insensitive to women’s needs leading to a fundamentally disenfranchising experience.

In this patriarchal set-up, the women have been denied compensation for the land they had cultivated for years but did not have a patta (land deed) in their name. Cases of ineligibility have been identified in many households headed by women and widows have been excluded from compensations in the resettlement package. Since only men are recognised as heads of households, the compensation is often paid only to them.

The resettlement process is fraught with impoverishment risks and the reconstruction remains incomplete. Women are forced into adopting a culture they have never known, and limitations in their social space have prevented them from rebuilding their daily practices in a new environment.

Thus, the women remain marginalised at the community level as well as at the national level policy framework because of their disadvantageous position ascribed by patriarchal gender relations.

The narratives of women clearly brought out the insensitivity of state discourses to the needs of women. Although the national R&R policy acknowledges gender as a category in the resettlement process, the implementing agency is the state government. That is why state government policies should consider these problems to enable the participation of women and move towards gender justice. This narrative-based approach highlights the concerns of women affected by displacement processes for consideration by policy planners whose decisions in the name of “development and public purpose” have far-reaching implications for women.