Cursed by greed: The Falgu river

Chicu Lokgariwar
23 Mar, 2015 . 3 mins read
The Falgu river, supposedly cursed by Sita to run below the ground, is today threatened by encroachment and pollution. Can she be saved by her defenders?

People gather around a chua in the Falgu

The story of the Falgu is one of greed. Unlike most other rivers, the Falgu is not just a victim of greed, but also an oppressor -- she oppressed none other than Sita herself as she flowed through Gaya in Bihar.

Legend has it that during their exile, Rama and Sita decided to rest for a while on the Falgu's sandy banks. When it was time for pind-daan, the offering of food to ancestors to enable them to have peace, Rama went to secure the necessary provisions while Sita waited on the banks. While he was still away, Rama's ancestors appeared in front of her and requested that the ceremony be conducted without delay. Rather than wait for the offerings of food, she performed the ceremony offering sand to the ancestors instead, thereby granting them salvation.

Fearful that her husband would not believe her, she asked the sacrificial fire, a cow, the Falgu, a brahman and a tree to stand witness for her act. Sadly, when Rama arrived on the scene and questioned the witnesses, they all turned false. The hope of a second round of offerings if Rama conducted the ceremony one more time, prompted all the witnesses other than the tree to say that Sita was lying. Enraged, she cursed all the witnesses but the faithful tree. Thus, the Falgu was condemned to run below the ground hiding her head in shame, for all time. 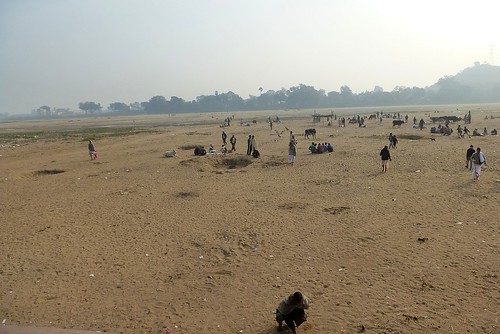 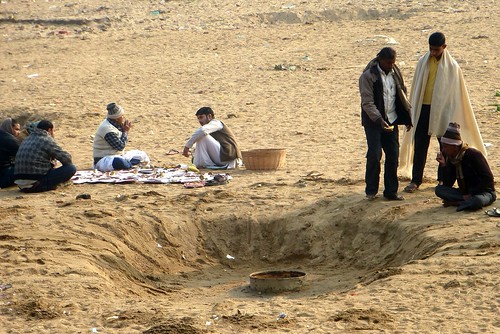 As then, the river banks are an important place for the pind-daan ritual, with hundreds of people coming to its banks. The ritual is carried out by scores of priests with brutal efficiency. 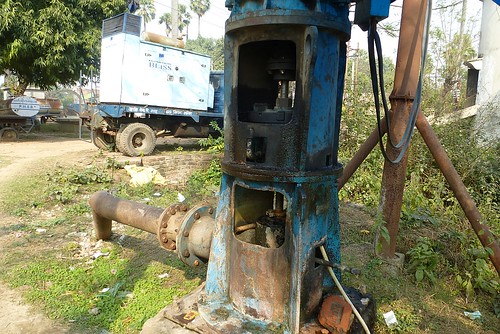 It is with increasing urbanisation that the Falgu became prey to greed, her old stumbling-block. It was vastly easier for each new residential area that came up to surreptitiously let their sewage out into the river rather than to treat it. It was also easy for each new riverside construction to expand a little into the river bed. 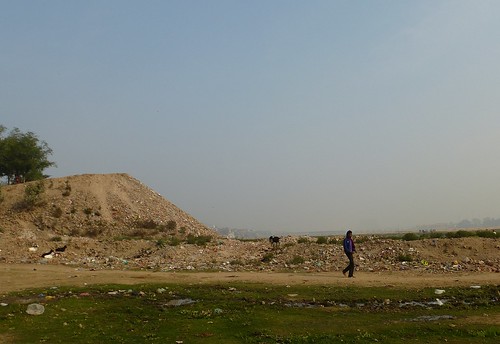 Today, these two factors are becoming a major concern. Prabhat Pandey of the Magadh Jal Jamaat explained that encroachment tends to increase the impact of floods in the river. Along with other organisations, the Magadh Jal Jamaat has been campaigning against the rampant encroachment and pollution of the river. This year, a PIL filed by Pratignya, an organisation working in Gaya, was answered and the High Court mandated the removal of 844 encroachments but is this enough?

While some of these encroachments are by rich builders who have knowingly built upon the river bed, several are squatters who have no other place to go. The chances are high that in the absence of any other options, they will return.

Cursed or not, does the Falgu have a way out?

View more photos of the Falgu