Chicu Lokgariwar
12 Feb, 2017 . 6 mins read
Though natural disasters and destruction of rivers are major concerns of the people of Uttarakhand, they fail to move the contesting parties.

A woman with her grandchildren in her Munsyari home.

The people of Uttarakhand, like other Himalayan states, follow many unique and traditional practices to live in sync with nature. The construction of naulas to tap springs, using water to power grain grinders like gharats and to irrigate fields, transhumance, and more attest to this. They attribute sacredness to nearly every natural feature like springs and mountains and for this reason, the state is also called Devbhoomi or the abode of the Gods.

Elections for the Uttarakand legislative assembly is scheduled for February 15. The 70 assembly seats will be contested by four major parties--the Bharatiya Janata Party (BJP), the Indian National Congress (Congress), the Bahujan Samaj Party (BSP) and the Uttarakhand Kranti Dal (UKD). Are these parties attuned to the concerns of the citizens of the state?

Surprisingly, the parties are not forthcoming with their manifestos. The BSP has professed its disdain for manifestos and the other three have neither published their manifestos online nor have they responded to our repeated attempts at contacting them. But from published articles and interviews with people concerned, we, at India Water Portal, have put together what various political parties think of the environmental issues which are of grave concern to the people. 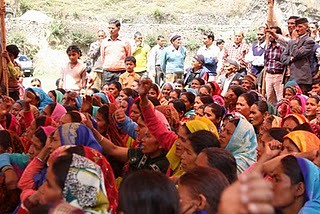 Saving forests
Beginning with the Chipko movement of the 1970s, the people of Uttarakhand have asserted their rights over their forests. Barring the violent agitation for statehood when Jungle Jalao (burn the forests) became the slogan for the people who saw reserve forests as state oppression, these assertions of rights have been tempered with an acceptance of the duty to protect the forests. Uttarakhand's Van Panchayats have not only been able to manage their forests but have also been gender inclusive in their conservation efforts.

Despite this, forests are not being explicitly discussed in the manifestos of either the Congress or the BJP. Increased man-animal conflict, especially with monkeys, is being discussed by the UKD. In addition to wire fencing, they are also speaking of increasing food availability in the forests.

Agriculture in rough terrain
Farmers have learned to cope with the topography and harsh winters but they are being challenged further by recent changes in climate. The BJP has promised interest-free crop loans and incentives for organic farming. The Congress has set a target to make at least 30 percent of unirrigated land partially or fully irrigated over the next five years.

Perennial rivers
Since the 1990s, rivers have been a topic of concern for the people of the Himalayas with the government’s interest in “untapped hydropower potential” inc 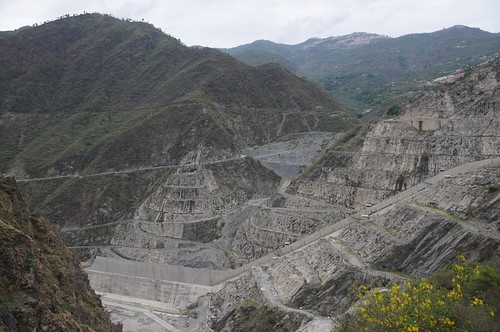 reasing. The relationship the people here have with their rivers is different; to them, rivers are providers of water, a source of food, enablers of irrigation, partners in business, and guests at rituals.

The rampant construction of dams, diversion tunnels, powerhouses and associated infrastructure in a geologically fragile and biodiversity-rich area had its consequences. The destruction of river-based livelihoods and traditional irrigation and social systems, the increasing incidences of landslides and decreased access to natural resources have forced the people of Uttarakhand to campaign vocally against building dams and other similar infrastructure. In recent times, dams have also sparked anger due to incidents where people have been drowned by unannounced releases of water.

Despite this, both the BJP and the Congress have come out strongly in favour of dams. The BJP manifesto talks of tapping the state's huge hydroelectric potential. Fortunately, they have also promised to give preference to smaller projects and to conserve traditional water sources.

While not discussed in the manifestos, both the BJP and the Congress have been vocal against the Ecologically-Sensitive Zone notification which applies to the first 135 kilometres of the Bhagirathi valley convincing the locals that it will halt their lives and hamper development. They have campaigned to open up the valley for more hydroelectric projects (HEP) and commercial riverbed mining. It is unlikely that this stand has been changed. 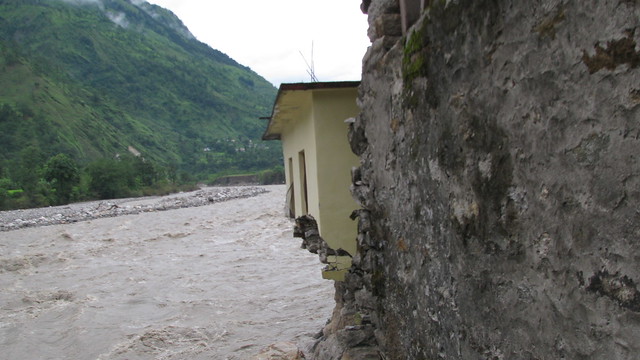 On natural disasters
Considering extreme climatic events are being witnessed with increasing frequency, natural disasters are of prime concern to the people. Along with the disruption to their lives that these disasters bring, they also affect religious tourism which is a seasonal livelihood in the area. Rather than emergency rescue, people have been asking for a comprehensive approach to disaster management with a focus on prevention.

The contesting parties are entirely at odds with these needs. The Congress has taken a very narrow and limited approach to disaster management with its promise of five aapda mitras or the youth trained in rescue in each village. The BJP, on the other hand, has restricted itself to a vague "new relief and rehab policy".

Issue of migration
While agriculture is the main livelihood of the people of Uttarakhand, they have also relied on remittances sent home by people working outside the area. While earlier it was just a single member of the family who migrated, recent times have seen the entire families migrating out of the villages for good, giving rise to the phenomenon of abandoned villages. Besides jobs, other incentives to migration include infrastructures such as water supply and medical care.

The men and women of Uttarakhand have often taken control of their domestic water needs with great success. Medical care for the elderly and education for kids, however, have proven to be bigger challenges. The UKD appears to be addressing these issues with their focus on education and health care. Senior leader B.D. Raturi says, “The main motto of the UKD is to provide best education and health facility to all. We will open new multi-speciality hospitals and fill all the vacant posts of doctors in government hospitals. We will assure 30 percent reservation for local students in every private education institution.”

The BJP promises several measures including free laptops and smartphones, free education till post-graduation for girls from economically weaker sections, free wi-fi connectivity to all state-based universities and regularisation of guest teachers and those on contract. They have also voiced their desire to encourage the study of Sanskrit and astrology. The Congress have made migration a key campaign issue and have promised that “in the first three years, we will check migration and encourage reverse migration by 2022. For this, we plan to create employment opportunities, better health, electricity and education facilities besides focusing on the agriculture sector in these regions".

Across the board, a nuanced understanding of the area, its ecological dependence and the interlinkages between the ecology, livelihoods and disasters are absent. Both the BJP and the Congress, arguably the two main contesting parties, have always relied on doling out sops in Uttarakhand. It is no different this time with talks of free gadgets and services doing the rounds. It is the rivers that the parties refuse the people to access freely.