One of Cheyyur's productive lagoons

The coastal plant in Cheyyur will run on imported coal received at a proposed captive jetty-cum-port in Panaiyur, which is a fishing village. The sites for the plant and port are surrounded by water bodies such as ponds and tanks as well as ecologically sensitive areas such as sand dunes, lagoons, mangroves and seagrass, which provide a rich ecosystem for a variety of fish and migratory birds alike. But it is feared that the proposed power plant will lead to its destruction.

There has been increasing resistance against the construction of this plant from the local fishing communities in Cheyyur. Their resistance and the current flourishing agriculture and fishing practices has been brought to light in a recently released documentary 'Kaayal Kadhaigal', meaning 'stories from the lagoon'.

The film begins with the proud fishing and agricultural community of Cheyyur boasting of the variety of fish and the abundance of crops. Cheyyur is a coastal taluk that has two estuaries at Alhambra and Mudaliarkuppam. These estuaries link the inland to the Cheyyur lagoon. The livelihood of fishermen from atleast 8 villages is dependent on these rich fish breeding grounds.

The plant will be using 1.4 crore tonnes of coal per year imported from Australia, China, Indonesia or South Africa. The operation of the plant would require a captive jetty-cum-port that will occupy 650 metres of the shorefront. A coal yard will be constructed on 83 acres of coastal land between two fishing villages that will store 310,000 tonnes of coal. The power plant is estimated to burn 45,000 tonnes of coal and generate 5,000 tons of toxic coa lash waste each day.

1200 to 1600 acres of land will be used for the project site including 200-400 acres for ash ponds, and 48 acres for the coal conveyor belt corridor going through Panaiyur, Vilambur, Gangadevankuppam and Vedal.

"We don't know how they will consume our water. I worry that they will ruin our water resources, and in turn our agriculture and livelihood."

The Tamil Nadu Public Works Department has identified 82 irrigation tanks in the region, where more than 70% of the land is used for agriculture. At least 8 villages are dependent on the local waters for their livelihood where the water bodies are abundantly productive ecosystems.

According to this report, the ash pond sites will enclose more than 150 acres of water bodies, including backwaters, streams and ponds.

Lack of warning and information

A farmer in Vedal says there is a creation myth that talks about how the Vilangadu hillocks, the Vedal Eri and a 1000 year old temple in the area define the village. He then sadly realizes that, this may not hold true for two long. 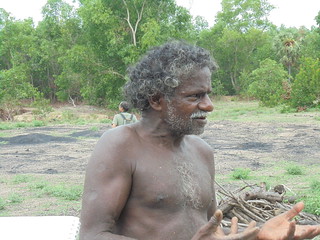 "There is no information at all. No notice was given", says Harikrishna Nayakan, a farmer in Cheyyur. He says that the conveyor belt is going to pass through his farm and he is afraid that the farm's yields and in turn his livelihood, will be affected. He is already worried about the availability of water since there has been a great decline in the water table in the area.

The documentary reveals that the local fishing communities heard about the upcoming plant only recently, almost two years after it was approved by the Ministry of Environment and Forests, that too from Non Governmental organizations like Community Environmental Monitoring (Chennai). When the government ultimately held a public hearing about the project, it was not adequately publicized and the handful of locals who attended were not allowed to voice their concerns.

The documentary highlights how the government offered to pay the locals for their land, but the locals blatantly denied the money.

"Their money is not enough, they are giving 6 lakhs. "

"Whether it is enough of not, it doesn't matter, there is no way we can leave this land and find another place."

"We have reached the age of 65 and educated our children well because of agriculture. If we leave this land and go, there is no other job we can do. We won't get such wells, such land, such soil."

"No matter how much money you will give us, it will not be enough"

These are the worried voices of the farmers in Cheyyur.

Many people in Cheyyur are still unaware of the exact plan with respect to construction of this plant. They insist that they are, at present, happy with their resources and livelihood and want nothing to change.