A book every city needs

Manu Moudgil
01 Jan, 2017 . 3 mins read
Jal Aur Samaj' takes the readers through the pond culture of Bikaner that nurtured its past and holds promise for its future.

One of the ponds in Bikaner.

A scarcity of something makes it special. That’s the reason why Rajasthan has always sanctified water much more than any other place in India. Low rainfall and saline groundwater turned people into great conservers who not only built beautiful and durable structures but also developed sustainable practices around them.

The book, Jal Aur Samaj by Dr Brajrattan Joshi, takes us on a journey through this set up as built by people of Bikaner. Dr Joshi has been able to bring complex historical and cultural connections of water to life in the city through detailed interviews and secondary research. The work also becomes important because it includes the voices and the wisdom of a generation we are losing fast.

Jal Aur Samaj is inspired by Anupam Mishra’s Aaj Bhi Khare Hain Talaab.  It takes the work forward by focusing on one city. Every town needs to similarly document and celebrate its water heritage as these structures are a good bet to tide over the present and future water crises. In the words of Anupam Mishra who wrote this book’s preface: “These ponds are not only history of Bikaner. They can also be its future.” 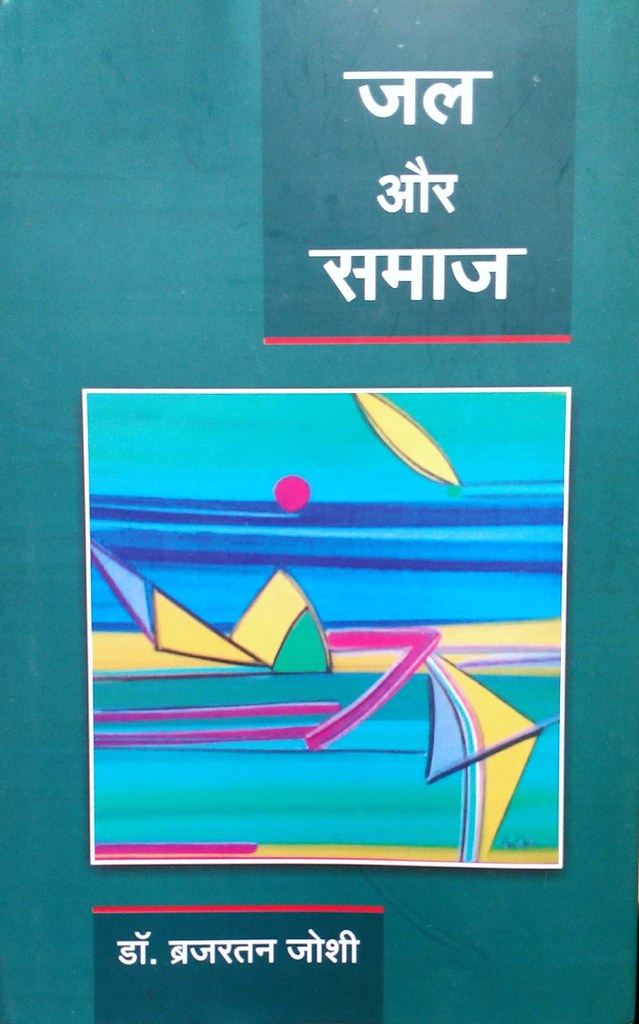 Of over 100 ponds in Bikaner at one time, not even 10 were fully funded by the rulers. The people themselves laboured and collected money and material to construct and preserve these nests of biodiversity as most of the ponds and their catchments also had a good tree cover and high density of medicinal plants. Thus, a pond was not just a water body but a link connecting trees, wildlife, and man, offering space to each one of them.

Swimming classes at these ponds and wrestling pits around them produced competitive divers and tacklers while intellectual, religious and musical events nourished the soul.

Being thriving open spaces, ponds were well maintained and their water devoid of pollutants. The upkeep of some ponds was done through caretakers whose sustenance was the responsibility of the society. Gifts were offered to them on auspicious occasions, especially after the weddings when the newly wedded had to visit the community pond to seek blessings.

Caste discrimination is often said to be the bane of traditional Indian society but as this book shows, the differences have become starker in recent times. Many ponds in Bikaner were built by certain castes and communities but were open for public use. So Kharnada pond, which was built by Brahmin goldsmiths, hosted various fairs which had everyone’s participation and management. Likewise, Sansolaav, commissioned by Samoji, was the resting place for Muslim devotees returning from the fair of Gemna peer and Brahmins of that area used to look after these pilgrims.

Besides being a repository of all ponds big and small, Jal Aur Samaj tracks down the process of land selection through joint application of geological, geographical and astrological knowledge. The soil was tested for quality and water retention. Special tools were put to use for the construction of ponds and measurement of water levels.

Jal Aur Samaj also carries the nuances of the local language through a ghazal written in 1975 by poet Uday Chand Jain as he describes the city, its markets, people and most importantly, the ponds.

Sadly, of over 100 ponds in Bikaner once, not even one percent is in a good state now. Expansion of water pipeline network led to the negligence of the ponds and their catchment areas where encroachments flourished and mining industry gained a foothold. Moreover, most of the ponds were common properties and not in the name of individuals who could have intervened legally.

While a few castes and communities have tried to restore their ponds, the approach has been more inclined towards modern landscaping than the preservation of natural ambience. Dr Joshi does well to underscore all these limitations, which will help inform the protection measures. Thankfully, Bikaner has something to refer to. Other cities will do well to follow suit.