ARTICLES
Digging them into a hole
20 years ago, Amatikra village in Chhattisgarh wasn't full of fluorosis-affected residents. Today, they walk with bent backs and have severe dental issues. What has caused this situation?

45 year old Ved Prasad, a farmer in Amatikra village in Korba district, Chhattisgarh, didn't always have a bent back. 20 years ago, he walked in an upright manner but over the last five years, he's had severe back pain, which has affected his gait. 50 year old Bhola Singh from the same village has an identical story to tell. Both these farmers visited local government hospitals to find ways to ease their pain but came back time and again without any real solution. Frustration and pain finally got to them but they had to trudge 80 km from Amatikra to the Jan Swasthya Sahyog (JSS) hospital to find an answer.

They were suffering from fluorosis. 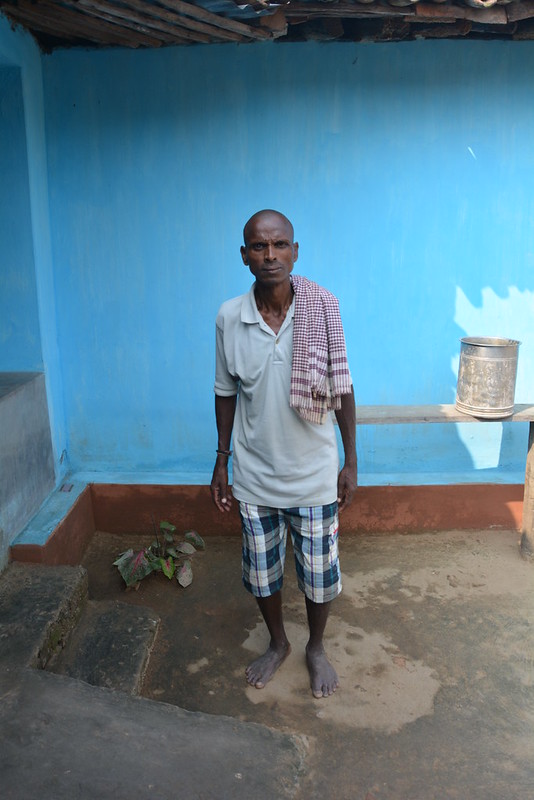 Fluorosis is a disease caused by the excessive intake of fluoride. Higher concentrations of fluoride in drinking water results in an increasing risk of fluoride-prone disease such as dental and skeletal fluorosis, which affect the teeth and bones. Fluoride is present in some rocks and is soluble in water. When the fluoride in rocks comes in contact with groundwater, the groundwater becomes unfit for human consumption. Fluoride can't be seen with the naked eye. Only lab tests can detect its presence.

What is the permissible fluoride limit?

Moderate amounts of fluoride ingestion will cause dental damage but long-term ingestion of more than the permissible range of fluoride, could lead to potentially severe skeletal problems. As per WHO and ISO 10500 (1991) standards, only 1.5 mg/L and 1.0 mg/L of fluoride respectively are safe for human consumption. A study conducted by JSS in May 2012 revealed some shocking data about the water quality at Amatikra.

Most of the 41 water sources at present, which included 25 hand pumps, 14 wells, a tube well and a pond, had high concentrations of fluoride. 18 of the 25 hand pumps contained more than 1 ppm while the remaining 7 contained more than 5 ppm. The tube well and the pond both had 6 ppm and 12 ppm of fluoride respectively. When asked whether this was always the case, the villagers vehemently disagreed and said that 20 years ago, there wasn't as much of an incidence of back ache or pain in the hands and legs. So what has changed? 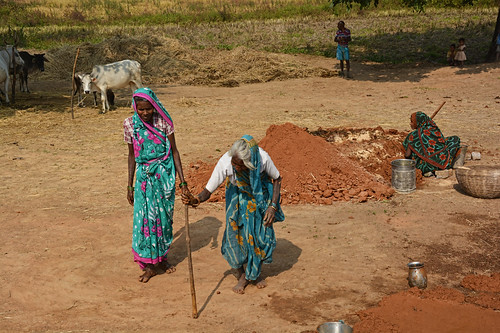 Earlier on, the village had only 3 dug wells and also used water from the Teti river, which was 1.5 kms away. In the early 1990s, the state government, in order to provide drinking water to the villagers, dug several bore wells, dug wells and also installed 25 hand pumps without checking the groundwater quality or doing any further hydro-geological studies. Yet another government initiative in the name of so-called development, has resulted in what we see today.

“The condition of the fluorosis patients of Amatikra village is terrible. Most of the villagers are now suffering from dental and skeletal Fluorosis”, says Yogesh Jain, a senior doctor at JSS. The villagers look frail and most of them are unable to stand upright or walk without bending forward. "The farmers of this village are not able to participate in the their agricultural activities properly due to weakness", says 53 year old farmer Pancham Singh. The cost of health care per family in Amatikra village has also increased in the last two decades, adding to their economic woes. 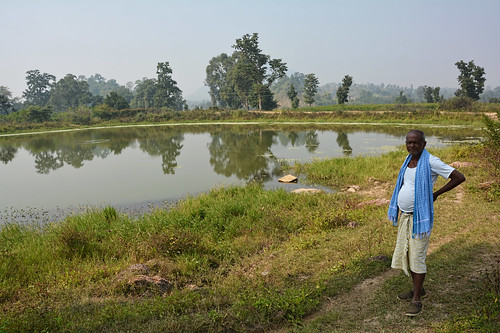 A wider context to this problem is that 17 out of 27 districts, which includes 592 villages, in Chhattisgarh show fluorosis as one of the major public health problems today. Unfortunately, there is no clear method to address this issue. One possible solution is the early detection of fluoride in the groundwater in other villages. These sources could be avoided and others found. Maybe the government could offer subsidies to the villagers that need treatment. At least, their health care bills would reduce. The villagers in Amatikra say that the government authorities have never taken any visible initiative to mitigate this problem in the area.

Ironic, given that they were the cause of the problem in the first place.

View more photos of Amatikra village in Chhattisgarh. For more details on the JSS study, please refer to the attached report.