ARTICLES
Development or displacement?
The MP government is proposing a nuclear project in Mandala district. Villagers are wary about promises to rehabilitate since similar promises are yet unfulfilled to the Bargi dam oustees since 1990.

Sukal Singh is 50 years old and is the only earning person of his five-member family. Suresh Barman works as a labourer supporting a 13-member family. Bhagirat and Gorelal Bhavedi are rickshaw-pullers supporting a 7-member family each. What each of these people has in common is that they are all residents of Patha village in Mandala district, Madhya Pradesh, which is one of the 162 villages affected by the Bargi Dam.

The Bargi dam, located 33 km from Jabalpur in Madhya Pradesh, was one of the first dams to be completed on the Narmada river. The dam's objective was to increase irrigation potential to 4.37 lakh hectares and to also increase hydropower generation capacity to 105 Mega Watts (MW). However, till date its irrigation potential has not crossed 24,000 hectares and only 90 MW of power is being generated.

Construction of this dam, which is 69 metres high, began in 1974 and was completed in 1990. When the dam gates were closed and the dam was filled to its capacity, a lake of about 75 kms in length and 4.5 kms in width was formed. This submerged more than 26,797 hectares of land in Jabalpur, Mandala and Seoni districts and displaced thousands of villagers. 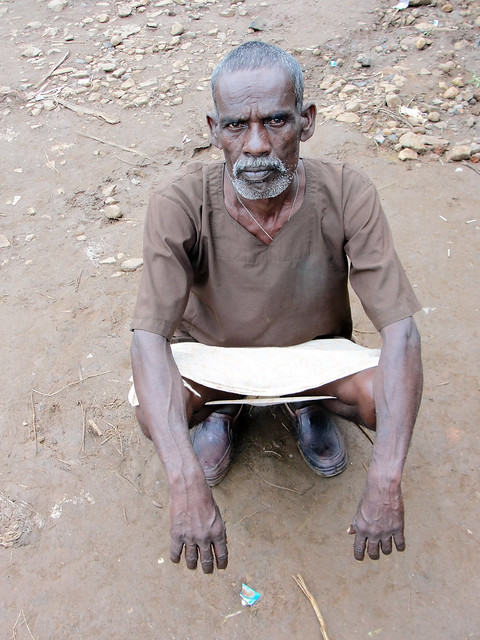 "The government has asked us to leave and settle in any other place which we think is fit for our survival but where do we go? We don’t know any other work other than farming and fishing and this is the only place where we think we can prosper," says Shivcharan, a village resident. More than 1,40,000 oustees have similar stories. They are living a miserable life in Jabalpur and adjoining areas after the state government forced them to migrate to other places. "It is better to die than to leave everything at the mercy of the government", says Suresh Burman.

As per a report by Mr. K. C. Dubey, Commissioner, Jabalpur division,1987, the compensation rates paid per acre of land to the oustees ranged from Rs. 500 to Rs. 9940. The villagers were not consulted about the value of the compensation. Many of the affected villagers have spent this entire amount for their basic survival over the years since the money wasn't enough to buy new agricultural lands. Most of the displaced farmers have purchased rickshaws with that money. "One foreign lady, Franny Armstrong from London helped us by donating 15 cycle rickshaws to 15 families in the Ranitaal area to support our livelihood but our ill fate is such that out of the 15 cycle rickshaws she provided,  8 were stolen", says 40 year-old Gorelal Bhavedi of Gumti village.

The state government has not yet decided on a proper location to rehabilitate these oustees. As per Hakim Singh Patel, social activist and active member of Bargi Bandh Visthapith Sangh, "the government, without rehabilitating the oustees, has evacuated the villages and left people to suffer." But officials have a different story to tell.

Mr. P. L. Vishwakarma, Assistant Engineer of Bargi, in charge of rehabilitation work said, "all the 162 affected villages have been rehabilitated properly and there are no issues of any compensation. For livelihood support , the government of MP gave rights of fishing and sale in the Bargi reservoir to the oustees on a cooperative basis. Other than this the government has not taken any other initiative for any alternative livelihood measure".

If the damage caused by the Bargi dam isn't bad enough, the government is currently planning to displace 3 more villages for the proposed nuclear power project at Chutka village in the same Mandala district. "If this proposed nuclear project is implemented, it will not only displace 3 villages but will also endanger the lives of thousands of people living in Jabalpur, Mandala and adjoining parts of the Narmada valley due to the harmful effects of nuclear power plants. We will not let this happen and we will protest against this decision till the project is cancelled", says Rajkumar Sinha, Coordinator of Bargi Bandh Visthapith Sangh.

The displacement caused by large-scale infrastructure projects such as dams, roads, hydropower projects, nuclear power projects etc. is increasing rapidly. This has already resulted in an increase in various social problems such as unemployment, poverty, alcoholism, and discrimination among others. Development is important but should it come at the cost of human lives and livelihoods?

The video below, gives a brief overview of the displacement due to Bargi dam.