Living in fear of water

Makarand Purohit
31 Jul, 2016 . 5 mins read
The proposed Mohar reservoir project is expected to submerge two villages and adversely affect 10 other villages when completed. Needless to say, the villagers are anxious.

Farmer Ravikant Deshmukh (40) is a much worried man. He lives in Kudari Dalli in Balod district in Chhattisgarh, a village that would get affected adversely if Mohar reservoir project takes off. The project, once realised, is estimated to submerge the agricultural land and houses of 1200 villagers in Kudari Dalli.

The Mohar reservoir project is proposed across the confluence of river Dangarh and Dalekasa with a catchment of 143 square km. The gross command area of the project is 1100 hectares. The proposed project is expected to irrigate 800 hectares of Kharif paddy and supply 1000 million cubic (1 TMC) water by feeder canal to Kharkhara reservoir for 500MW power plant of NSPCL in Bhilai.

On behalf of the nine villages affected by the project in Balod district, Shailendra Kumar Deshmukh, a government employee from the affected village Hucchetola, filed a Public Interest Litigation (PIL) in Chhattisgarh high court in May. As per the PIL, more than 70 percent of the proposed water will be used for NSPCL’s power plant. The project will submerge more than 1000 hectares of land in Balod and Rajnandgaon districts. It will totally submerge Kudari Dalli village and partially submerge eight others--Maraskola, Hucchetola, Mangchua, Bharritola, Kartutola, Kudari, Karregaon and Dumatola village--ostensibly to provide 800 hectares of irrigation to six villages. 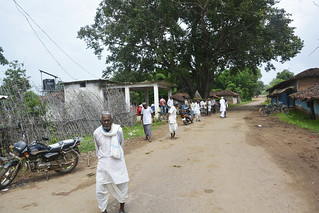 Mohar reservoir project was granted administrative clearance and a grant of Rs 22,822.75 lakh for construction. “Despite the administrative clearance for industrial purpose, the project has been masked as a minor irrigation project to avoid environmental impact assessment, public hearing and having to seek permission from the Central Water Commission,” says 53-year-old Punam Kumar Deshmukh, a resident of one of the affected village, Maraskola.

The PIL says, “It has been claimed by the water resources department that the Mohar reservoir project did not require clearance from the Central Water Commission since it was a minor irrigation project for the tribal area.” The villagers allege that the land acquisitions in Balod district had been carried out without prior gram sabha consultation which is mandatory in the scheduled areas under the state government notification dated 31.01.2000. For that reason, the project should be considered illegal and void.

To provide compensation to the villagers, the district administrations of Rajnandgaon and Balod have followed two different ways. One was in accordance with the amended industrial and rehabilitation policies in Rajnandgaon district where the affected villagers were provided compensation at the rate of Rs 6 lakh per acre for barren land; Rs 8 lakh per acre for non-irrigated land; and Rs 10 lakh per acre for irrigated double-cropped land that was acquired for industrial or commercial purpose. And the second was at an old rate of Rs 2 lakh per hectare for agricultural land (dhanha land) and Rs 1.69 lakh per hectare for barren land (bharri land),” says Gyan Singh Sahu Patel of Kudari Dalli village. It is still not clear to the villagers why the administration has set two different criteria for compensation.

Gyan Singh also says that the Rajnandgaon district administration followed the legal process very well and provided compensation to all the three affected villages of Rajnandgaon whereas the Balod district administration has paid compensation to only six out of nine affected villages and that too, at an old rate. The government officers of Balod have not correctly followed the rules and regulations related to compensation and rehabilitation.

The work in progress related to paying compensation to villagers in Balod is moving at a snail’s pace and villagers are still waiting for the appropriate compensation for their land and property. 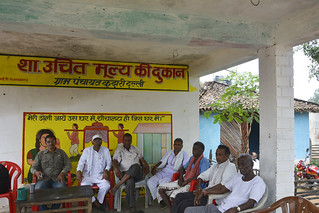 “The project is mainly for industrial purpose. To avoid environmental clearance and adequate compensation to villagers as per the industrial and rehabilitation policy norms, the project has been projected as an irrigation project. If not, why is it that the project meant for irrigation is consuming only 10.8 percent of water, even less than the projected evaporation losses. What kind of hypocrisy is this? ” asks 48-year-old Gautam Singh Salame of Maraskola village.

“The Balod district authorities have mentioned in one of the corresponding document that there are no trees and vegetation in the affected village, which is factually incorrect. There are more than 5000 trees and about 315.66 hectares of forest land that will be submerged,” says Jhumak Lal Sahu, a resident of Kudari Dalli.

“We are not aware of the PIL filed by Mr Deshmukh in the Bilaspur high court about the compensation and other issues related to Mohar reservoir project. But, I can tell you that we have not violated any of the government rules related to the land acquisition. But, if there are any shortcomings, we will rectify it and will act as per the government procedures,” says Alok Pandey, Sub Divisional Magistrate (SDM) Balod district. 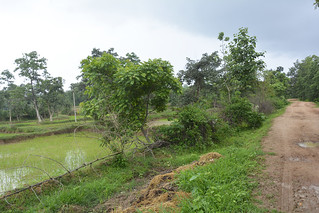 “There is one more dam project of 1.5 km being proposed on Maraskola and Bharritola village border. This dam is to divert the backwater of Mohar reservoir to save Narsutola, a hamlet of Maraskola, from partial submergence. But the government authorities have not assessed the gradient and topography of Maraskola properly. If the second dam is made, then the water in the rainy season would affect the Narsutola community adversely, and the entire habitation would be converted into an island. Where would people go then?” asks 68-year-old Champuram Gurasia, a resident of Maraskola village.

The villagers of Balod demand adequate compensation, rehabilitation, employment opportunities, agricultural land and other facilities if the project displaces them. As I write this, none of the demands of the villagers of the Balod district have been adequately met and their struggle for their rights is going on.