ARTICLES
Coping with floods and erosion in the Brahmaputra plains
Floods are a way of life in this region. Over the years, people and ecosystems have developed methods to deal with this including raised hand pumps and houses on stilts among others.

I began my latest journey in the land of the red river and the blue hills, Assam from Dibrugarh. The first time I saw the Brahmaputra at Guwahati many years ago, I was fascinated on looking at the mighty stream of water in its full glory after the monsoons. The monsoons are the region’s life blood and the dense forests found there paint the Brahmaputra valley with a thousand shades of green.

I drifted along lazily down the river Brahmaputra on a ferry recently. I wanted to see the impact of the floods on the local communities. In this area, the onset of the monsoon also signifies impending floods. The majestic Brahmaputra river’s turbulence inundates most of the area. Yes, floods are a way of life here but there isn’t much historical information about flooding in this region. Floods as a ‘problem’ is a fairly new phenomenon.

Of names and myth

Brahmaputra, the only male river in India, means ‘the son of Brahma’. According to the Kalika Puran scriptures, the river Brahmaputra was confined to a Kund or a small lake surrounded by hills. Known as Parshuram Kund, this was located about 25 km north of Tezu in Lohit district, Arunachal Pradesh. Parashuram, an incarnation of Lord Vishnu, cut down the hills on one side to release the water so he could exonerate himself of the sin of matricide. The river draws the name Lauhitya or Luit (Lohit) from the fact that its waters acquired a tinge of blood, when the river washed off the blood-stained axe of Parashuram.

View Silapathar in a larger map

The river originates from Mansarovar near Mount Kailash in China where it is known as Yarlung Tsangpo. It then takes a U-turn before entering India in Arunachal Pradesh where it is called Siang or Dihang. Then, it enters the Assam plains at Pasighat where its two major tributaries Dibang and Lohit meet it after which it takes the name Brahmaputra.

In Arunachal Pradesh the river passes through deep gorges, rapids and cascades. It gains volume only after its tributaries, the Dibang and Lohit meet it. The river is a picture of grandeur with an average width of 10 km - twice that of Ganga - making it one of the widest rivers in the world. The reddish tinge of its water is because of the high sediment load it carries; it ranks fourth in the world both in terms of the amount of water as well as the sediment it carries. A lot of soft rocks and debris is deposited on the way before it reaches Bangladesh. This reduces its capacity to discharge water resulting in catastrophic flooding in downstream areas.

Floods on the Brahmaputra

The Brahmaputra river experiences severe floods between June and September every year. This causes extensive devastation in the Assam valley as well as to the adjoining nation of Bangladesh.

The fragile hills in the Brahmaputra basin are very prone to major landslides. This is further aggravated by wide-ranging deforestation, mining of dolomite, limestone and coal, rampant construction of embankments and roads and cutting of hill slopes. The top soil is loosened and washed away during the rains. The spate of dam construction (168 hydroelectric dams) in Arunachal Pradesh for generating hydropower is also leading to adverse consequences during floods.

The banks of these rivers are prone to erosion. The river and its tributaries are braided and change their course every now and then. They do so mainly because of the enormous amount of sediments they carry down the steep hill slopes, which they deposit in the riverbed downstream. The south bank of the river especially upstream of Dibrugarh, where the river enters the plains from the hills is more prone to erosion than the north bank.

The channels get filled up, new courses develop in the subsequent monsoon and the earlier ones are abandoned. This area is a part of the Himalayas, which is a young mountain range that is still rising. A major part of region falls within a sensitive seismic zone. This makes the region prone to earthquakes thus aggravating the problem further. The bed of many rivers like Brahmaputra, Dibang, Subansiri etc. were raised by as much as 22 cm following the earthquake of 1950. The beds of several swamps that acted as reservoirs of excess water too got raised. This rise of the bed reduced the volume of water; the river channels, lakes and swamps could carry lesser thereby choking them and increasing the chances of floods.

Floods in Assam this year 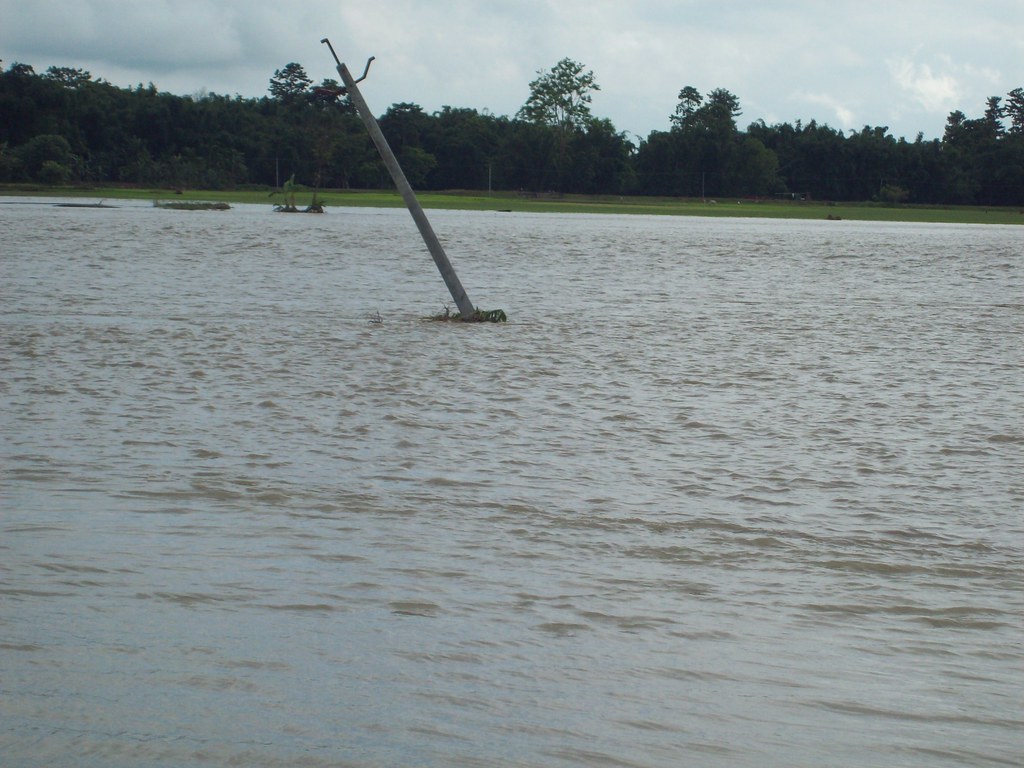 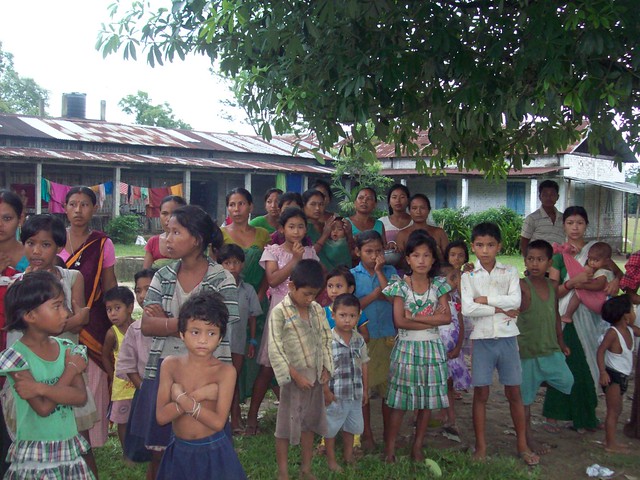 While floods are an annual phenomenon and submerge land and houses for some time, erosion causes more damage in terms of the land and property. Agriculture suffers extensive damage, especially the kharif paddy crop. While some shift is being made by the local people to focus on rabi crops, the adjustments to the crop calendar are insufficient so far. The flood-ravaged and erosion-prone region has a very fragile agricultural economy as a result. People are alienated from their lands and have to migrate to faraway places in southern India like Karnataka and Kerala. Their families left behind are compelled to live along the embankments.

The government is constantly looking for structural solutions like the construction of embankments, digging of canals and providing sluice gates to release the floodwaters to deal with the very issue of floods and erosion in the river. It is also building sand and boulder spurs, structures meant to deflect floods at spots where bank erosion takes place. Experience shows that embankments relocate the problem from the upstream to downstream areas because high floodwaters exert heavy pressure on the embankments whose weaker parts get washed away and inundate downstream areas. These interventions fail as a result.

Nowadays geosynthetic bags are being used as spurs by the government. There are not many studies or pilots to corroborate the usefulness of controlling erosion through these bags. At the same time, the government has not paid adequate attention to the construction of raised platforms near the settlements of flood-prone areas for humans and livestock to take shelter during high floods.

Instead of random short-term structural measures to deal with erosion and floods, an integrated approach is required. “Proper assessment and reduction of vulnerability, empowering of local populations, and strengthening of existing institutions are essential for this.” (1) There is a need to assess the available coping strategies used by people and develop interventions that have the least adverse impact on the environment and society.

People have devised many ways to cope with floods in the area. 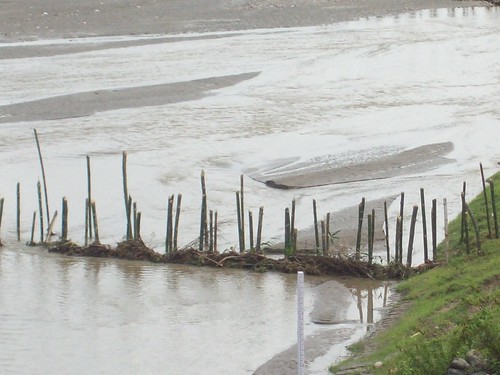 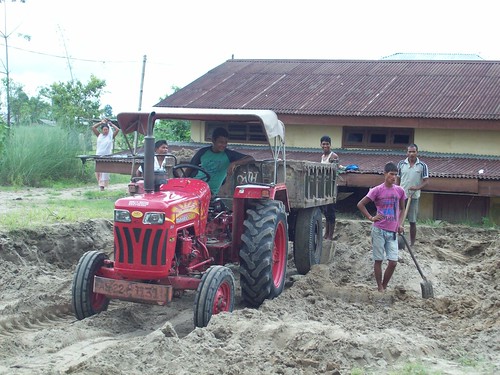 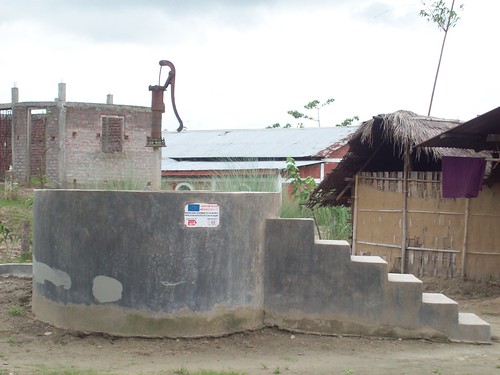 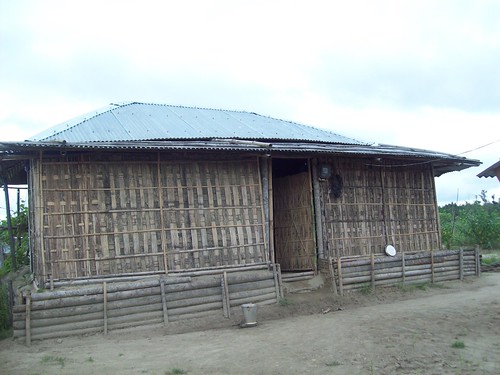 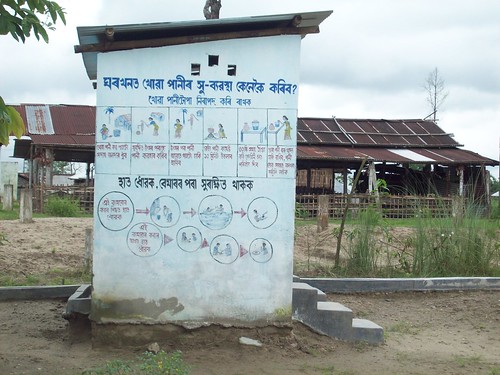 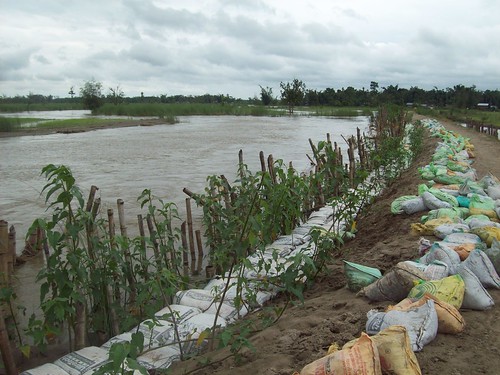 (1) Dulal C Goswami, Managing the wealth and woes of the river Brahmaputra

The author gratefully acknowledges the support of NCDHR, SPWD and Rural Volunteers Centre in undertaking this visit as a part of a research study.