Divya N
07 Sep, 2014 . 5 mins read
Dead fish floating on the Ennore water creek are the least of the locals worries. Toxic metals, which are poisonous, radioactive and cancerous are a far greater concern.

The NTPC Power Plant in Ennore

Chennai's Fort St.George, built in 1644, was the first English fortress to be built in India. It laid the foundation for further settlements around it and the city of Madras gradually expanded around the fort over the years.

The city was divided into two sections- 'White town', that was occupied by the English settlers and 'Black Town', consisting of non-Catholics and Indian minorities. Present day North Chennai falls under 'Black town'. Unfortunately, this part of Chennai is still called Black town, and is highly congested and primarily an industrial and business area. (1) (2)

Ennore is a suburb of North Chennai that houses an important port, the Ennore Port or Kamaraja Port Limited. It is bound by the Kortalaiyar river, Ennore creek and the Bay of Bengal. The Korttalaiyar is a 136 km long river that originates in Kaveripakkam in Vellore, flows through Thiruvallur, enters Chennai through the Cooum river and drains into the Bay of Bengal at Ennore Creek.

Apart from the Korttalaiyar river, the area also has the Buckingham Canal, which is a 421 km long freshwater navigation canal that runs parallel to the coast of South India through Tamil Nadu and Andra Pradesh.

The Buckingham Canal was excavated in 1806 and built in patches until 1882. It was initiially started as an employment programme during the famine to develop an inland navigation channel. The hydrological role of the canal was that it linked several backwaters together and acted as a natural drainage system leading to the Bay of Bengal.

The canal did have a productive ecosystem at some point in time and was primarily used for commercial transportation of cargo but now, it is in a state of neglect. Industrial pollution and sewage fill it and encroachment in many parts have also led to its contamination. However, in some ways, it is still used for transport of small cargo, agriculture and fishing.

Hence in Ennore, there are three kinds of water in the area -  sea water, brackish water and freshwater in close proximity. This area is rich in diverse flora and fauna and also home to Mangroves. It is also highly productive with respect to fishing. 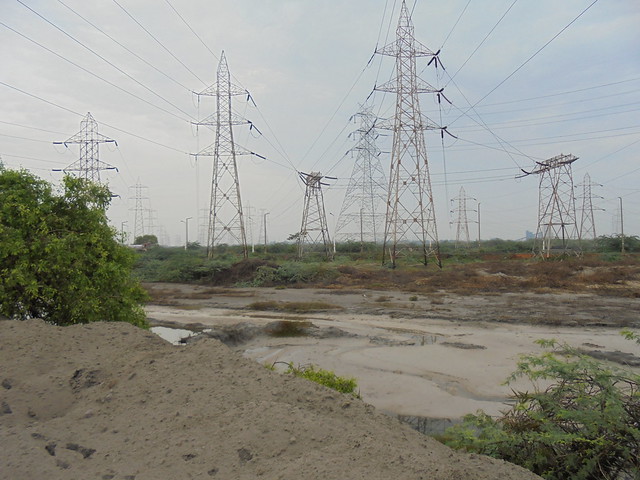 The Ennore Thermal Power Station has a total installed capacity of 450 MW. It was commissioned during various periods starting 1970. It utilizes imported coal that is transported through the Ennore Port.

The NTPC power plant has a total installed capacity of 1500 MW. It has three units of 500 MW each. This power plant has been operational since 2007 and requires 13,000 tonnes of coal per day.

The North Chennai Power Station has a total installed capacity of 1830 MW. This plant was commisioned during various periods starting 1994.

All three coal plants use sea water or fresh water from the Ennore creek and also have desalination units within the premises. They use imported coal along with Indian coal that is transported through the Ennore Port. 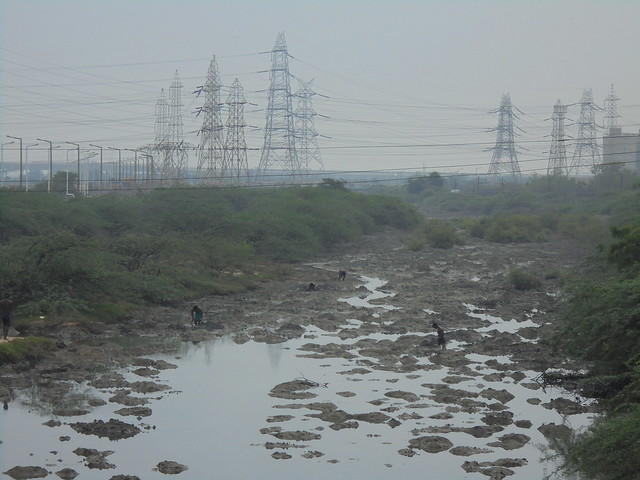 A number of trucks stand outside the plant along the road that runs by the Ennore Thermal Power Station. These trucks are meant to transport ash from the plant to cement factories where the ash is used in the manufacture of cement, concrete, concrete products, bricks, tiles, etc. But all the ash isn't used in this manner. It is also dumped illegally on the sides of the road right outside the power plant, where the Buckingham canal runs. Not surprisingly, a part of the canal is choked by ash.

Coal ash contains concentrated levels of toxic metals such as arsenic, uranium, thallium, thorium, cadmium, iron, chromium, lead and boron. These are poisonous, with some being radioactive and others cancerous or neurotoxic.

The Buckingham canal is an important water resource in Tamil Nadu, despite being heavily contaminated. In Ennore, women fish for oysters and mussels in the canal, unaware that it is laden with heavy metals.

Dead and decaying fish: A common sight in the creek

Mugadwara Kuppam is a village that is situated at the mouth of the Korttalaiyar where it meets the Bay of Bengal. The major livelihood of this village is fishing. However, locals say that in recent years, fishing has become a painful ordeal. "The hot spills from the plants take place at any time of the day without an announcement, so the boys find it difficult to fish in the river. Their bodies get burned and scalded due to  the spill." 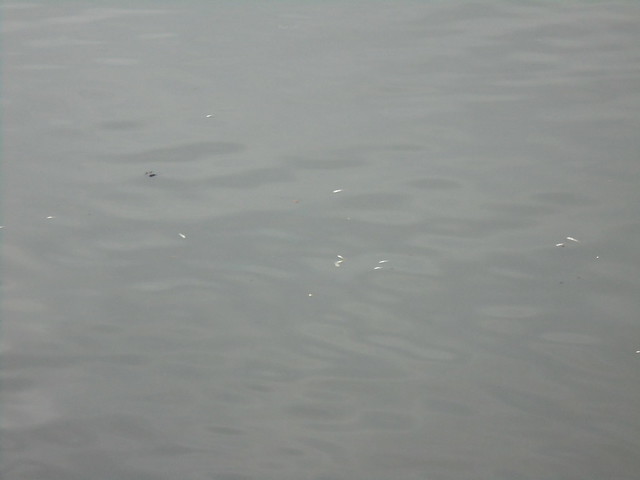 Dead and decaying fish in the creek is a common sight. Fisherwomen say "We often find a large number of dead fish in our catch. Dead fish also get washed ashore. And even if the fish are caught alive, they decay soon. How can we sell these fish in the market?"

Despite there being a large ash pond for these power plants, ash and effluents are still being dumped into these important water resources posing a deadly threat to livelihoods in this region. The water in the region will eventually meet other rivers, lakes and ultimately the sea threatening agriculture, marine life, and also human health and well being.