Chicu Lokgariwar
10 Aug, 2013 . 6 mins read
The Uttarakhand State Government leased land to Hindustan Coca Cola Beverages but the villagers of Charba were completely in the dark about this. Why is there a lack of transparency?

Charba is a small village in Uttarakhand with a population of 10,000. It is located in the 'Vikas Nagar' area just beyond Dehradun - a section that the government has denoted an industrial area. This little village shot to fame when Hindustan Coca Cola Beverages (HCCB) decided to build a plant there.

The significance of its location became clear when I listened to Rumi Ram Jaswal, the Sarpanch of Charba describe his village. "These days" he said, "we are surrounded by chemicals on three sides. Only the side near the river is open to clean air. Now the factory will block that too". The name of this river is Sheetala, 'the cold, calm river' - an apt name for the village's source of fresh air and water.

This story began when the newspapers reported that the Uttarakhand Chief Minister has given permission to HCCB to open a new plant in the village of Charba. Jaiswal received a rude shock when he saw the newspaper that day. He, the Sarpanch of the village in question, had not even been informed beforehand (let alone sought permission from), that the State Government had given the land to HCCB to open a factory. The factory had been given 380 bighas (one bigha is approximately 30 square metres) of land by the state government but Jaiswal contends that the land was never the government's to give away. 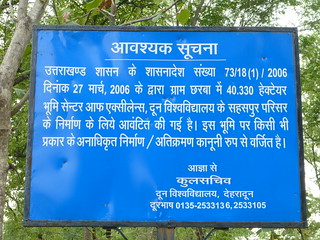 In 2006, the village donated 520 bighas of land (about 40 hectares) to Doon University to open a 'Center of Excellence' because it would benefit the village. The inflow of students needing places to stay and food to eat would only help the villagers, they reasoned. However, nothing happened for the next seven years. At one point, the Pradhan decided to open a cow shelter on that land, and asked for it back. At that time, the Chief Minister told them that once land was donated to an institution, the village could not take it back and donate it to another- even if it was for charitable purposes. How is it possible then, that the land was suddenly available to lease to HCCB to build a factory?

To discuss a protest strategy to this unfair turn of events, sevaral activists in the state decided to hold a meeting with the villagers. I decided to go there; not as an objective observer, though. Just a few months ago, I visited MehdiGanj, where I met a group of people that were waging war against the excesses of HCCB for over a decade. My experiences there have made me take a stand on the issue of large water-mining industries. I returned from Mehdiganj inspired, full of zeal, and with a renewed awareness of the greatness that people can achieve.

Charba, though, was a much more complex experience. 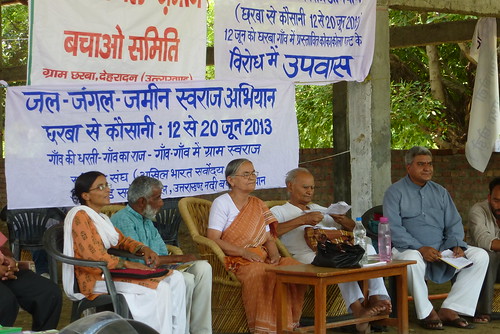 The meeting in question had been organised by the Uttarakhand Nadi Bachao Andolan (The Uttarakhand Save the Rivers Campaign). They had planned a yatra along the rivers of Uttarakhand, and had chosen Chharba as their starting point. This was an astute step, as it allowed the villagers to meet and speak with seasoned activists and learn from them. It would also allow Charba to tap into the network of journalists, writers, and activists that the Nadi Bachao Andolan had built up over decades.

Monica Rana, a health worker in the village, greeted me at the meeting venue. I was curious about the meeting but also a bit apprehensive because I had found out earlier in the morning that the meeting was going to be held at a temple. 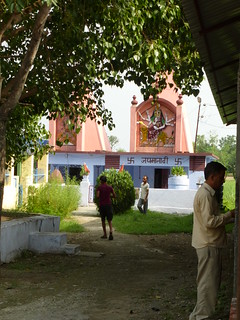 When I began working in rural areas, I had been taught to not hold a village meeting in a house of worship as far as humanly possible. There are many reasons for this. The first one, of course, is that people who practice religions other than the one the structure is devoted to will feel uncomfortable. In all likelihood, they have been barred from entering it. Besides this, temples and other areas of worship are bastions of traditional hierarchy. People of certain castes are excluded or have restrictions on their behaviour; for instance, menstruating women are not allowed to enter temples. Participation is limited to a privileged few and the movement is linked to the existing patriarchy as well.

These were very good reasons for my distress that the meeting was being held in the temple. In this case, it was even more disturbing than usual because 40% of the villagers were Muslims, and about 10 households were Sikhs. Casual conversation with various residents indicated a dark subtext of mistrust and prosecution. If hosting the meeting in a temple was not enough, the meeting also began with a Yagna to ensure the success of the villagers' struggle against Coca Cola.

The activists present might have felt the same as I did but couldn’t do anything about the meeting venue because it was their first time in the village. In such cases, most of the organisation is done by the 'contact person' in the village. There is usually no option but to agree.

The communal divide wasn't the only uncomfortable part of the experience; hearing about the lack of democratic process when it came to the actions of the Uttarakhand State Government was far worse. The Fifth Amendment legalises Panchayati Raj and gives the Panchayat control over its land and resources. The Memorandum of Understanding (MoU) between the State government and HCCB is a mockery of that Amendment, since the village was entirely in the dark about it. Even now, information is hard to come by.

Inder Singh, a journalist, had filed an RTI to learn of the salient points of the  HCCB-Uttarakhand Government MoU which was signed on 08 May 2013. He shared this information with the villagers at the meeting. He revealed that:

1. The Company has asked the 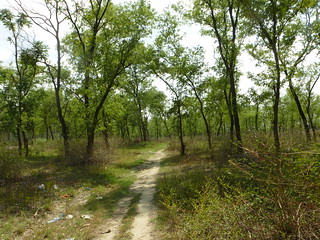 government to level the scrubland.
There are two contentious points here. Why should the State government undertake the responsibility of clearing and levelling land for a private industry? And secondly, what the MoU describes as 'scrubland' is a forest of several lakh trees that have been planted by the villagers in several plantation drives carried out since 1977.

2. The Uttarakhand State Government has agreed to take responsibility to construct retaining walls to protect the factory's premises from flooding of the river. The Sheetala, the village's much loved river, is not referred to by name, but coarsely alluded to as a drain line.

3. A 15-km long pipeline is being installed at the Government's cost. Why is the government subsidising private industry?

4. The State government has accepted responsibility for disposal of waste water produced by the plant. Sewage and waste treatment in Uttarakhand's towns is appalling. Even if the State Government was in a position to competently treat Coke's effluents, why should it assume a responsibility that is not its own?

There is a shocking lack of transparency in the entire process. Till date, the terms of the agreement have not been made public. There is confusion over the source of water for the plant. There is confusion over the land ownership. The village's own internal problems make a united and informed stand difficult. The schedule of construction, proposed withdrawal, waste disposal system, environmental and social impact are just some of the many things that are lost in a haze of obscurity.

But for Monica Rana, one thing is absolutely clear. 'Our village existed before the government did.' she said as she zoomed towards the factory site on her scooter, 'How can the government come now and take away our village?'